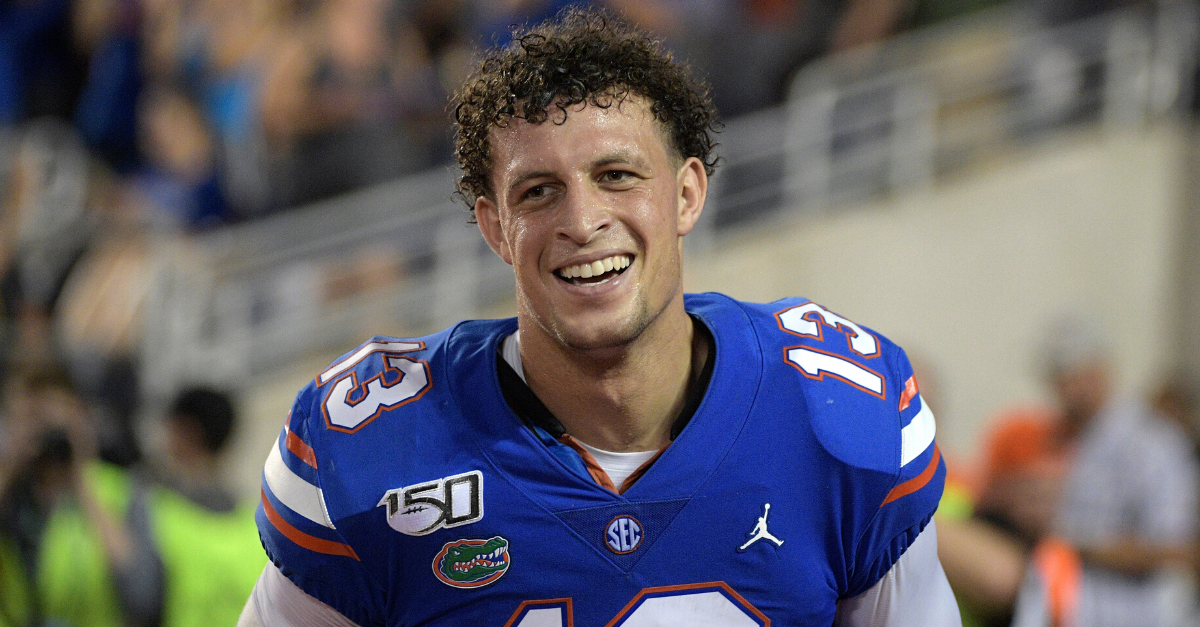 When former Florida quarterback Feleipe Franks said goodbye to Gator Nation, nobody was really surprised. A season-ending injury and the return of starting quarterback Kyle Trask next season only complicated the situation even more. Franks needed a new home, and he finally found it.

On Monday night, a few weeks after he announced his plans to leave Gainesville, Franks committed to the Arkansas Razorbacks and first-year head coach Sam Pittman. He ultimately chose the Hogs over other transfer destinations such as Kansas and UCF.

According to 247Sports, Franks committed a day after his official visit to Fayetteville and will enroll in the school immediately. He is a graduate transfer with one year left to play NCAA college football.

After a stressful few weeks, Franks has found the right place.

?Just how genuine everybody is,? Franks told HawgSports.com. ?I think that?s something that?s really good and something you don?t get much of nowadays, but that was the best part.?

It?s been an interesting ride for Franks, a Crawfordville, Florida native. He originally committed to the LSU Tigers, but ultimately switched and signed with the Florida Gators to play under head coach Jim McElwain.

Although that tenure didn?t last long, Franks stuck it out and thrived under head coach Dan Mullen, where he completed 58 percent of his passes for 2,457 yards with 24 touchdowns and six interceptions.

Franks also had nearly 700 passing yards and five touchdowns in three games as a junior last season before he suffered a season-ending ankle injury against Kentucky.

Franks is the most experienced quarterback on Arkansas? roster, but the starting quarterback job for offensive coordinator Kendal Briles is not guaranteed. Senior Jack Lindsey, redshirt sophomore John Stephen Jones, and redshirt freshman K.J. Jefferson will all battle for snaps this spring and in fall camp.

Playing in the SEC West is no cakewalk, either. Having to face the likes of Alabama, Auburn, and LSU is as tough as it gets. But Franks is up for the challenge and ready for his new chapter at Arkansas.