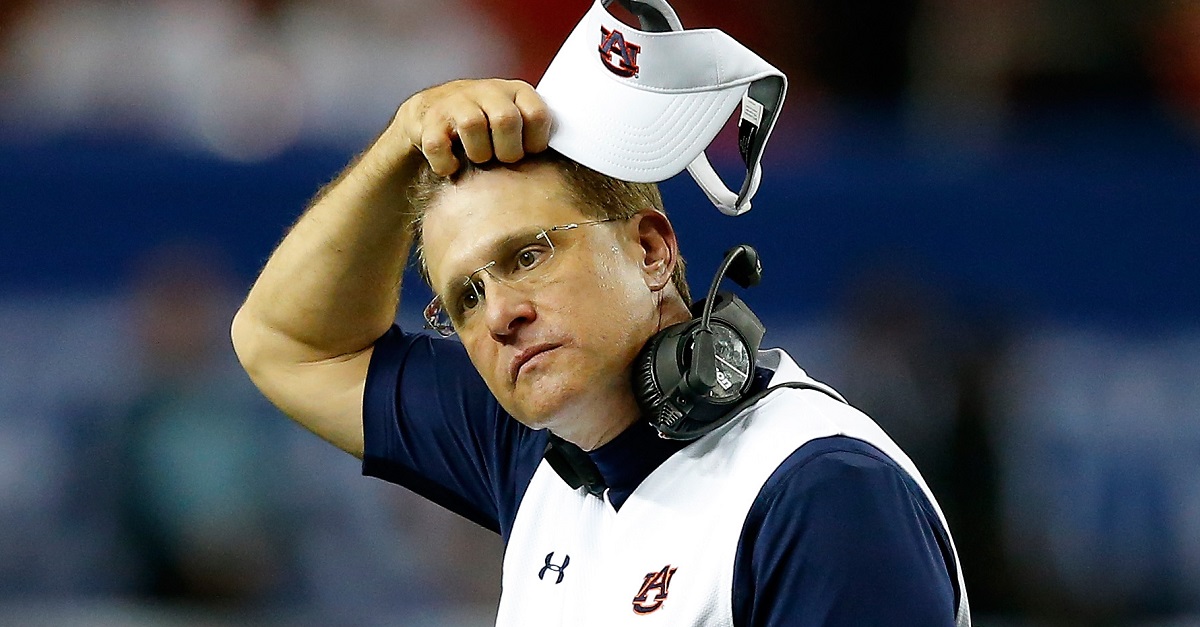 Auburn’s blowout win over Georgia last week quieted much of the buzz surrounding Gus Malzahn and the potential “hot seat” talk from previous weeks. That comes with the territory with a team that now boasts a legitimate path to the College Football Playoff, but on Thursday, ESPN’s Booger McFarland appeared on radio with Bo Mattingly in the state of Arkansas and threw some fuel on the fire with regard to Malzahn and another destination.

While McFarland did not suggest that Auburn would fire Malzahn, he did go on record with the suggestion that he wants to flee to take over the program at Arkansas.

.@ESPNBooger: “Gus Malzahn, from what I’ve heard, wants to be in Arkansas.”

It is no secret that Malzahn is close to the Arkansas program, as a former player there in the 1980’s and a former offensive coordinator for the Razorbacks. Arkansas AD Jeff Long was let go earlier in the week, prompting whispers to grow to screams about Bret Bielema’s status as the program’s leader, and Malzahn would qualify as an absolute “home run” hire for the Hogs.

Still, that would likely require Malzahn actively choosing to leave Auburn for another destination and given the recent track record of the two programs, some would view that as a downward move. There are obvious ties and reasons to think that he might consider that kind of move, but for now, speculation is just that.

Hold on to your hats when it comes to SEC coaching movement.