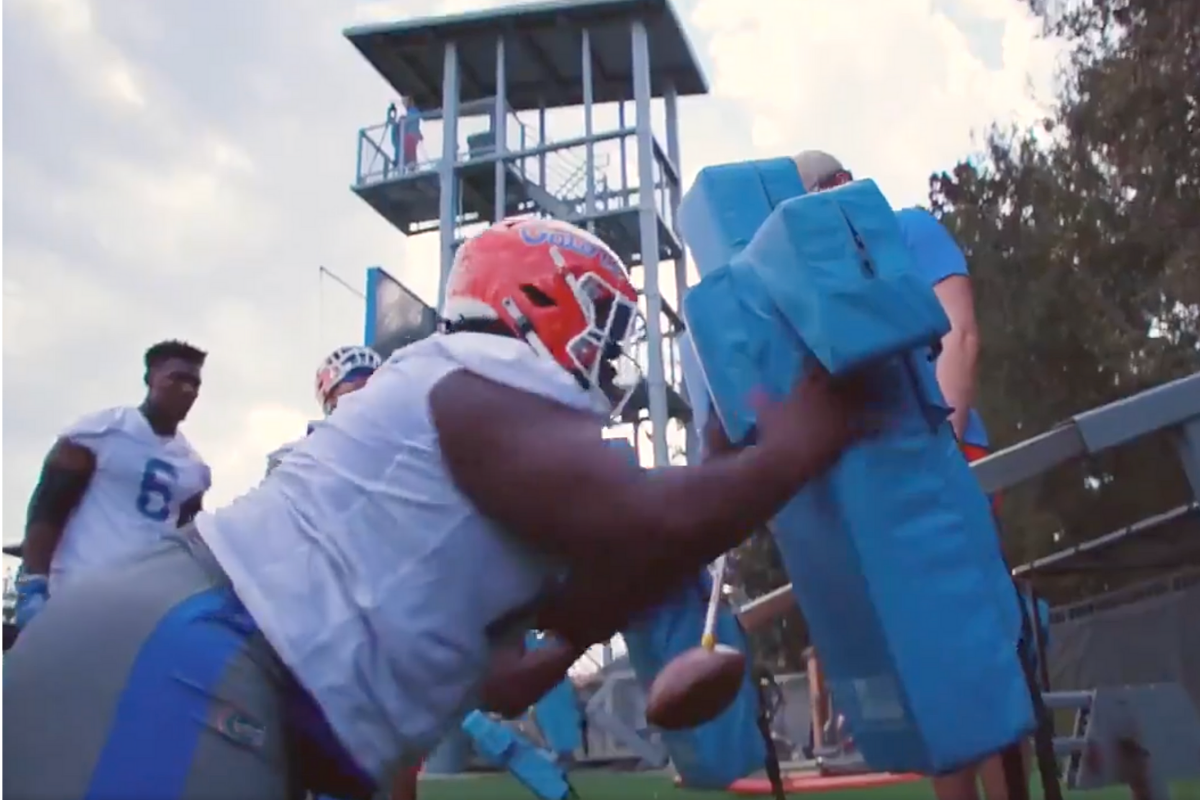 Weighing 380 pounds, defensive tackle Desmond Watson became one of the most intimidating high school football players in the country. He dominated at Armwood High School in Seffner, Fla., and with that frame, it is understandable that he received interest from elite NCAA Division I programs.

Watson didn’t have to travel far to play in college. He’s suiting up for the Florida Gators in 2021, and he’s already turning heads at spring practice because he is even more massive than everyone expected. How does 432 pounds of monstrous, run-stopping domination sound?

Dan Mullen’s staff landed this commitment in July 2020, and since then, the defensive lineman’s stock has only increased. Much like his weight, apparently.

Florida may not have Kyle Trask setting records anymore, but they aren’t going to roll over and be an easy team to beat in 2021.

It’s arguably unfair just how much of a size advantage Desmond Watson had over his peers at the prep level. He forced his way into the backfield with ease, and no quarterback was safe.

In 2020, Watson worked as a nose tackle totaled 65 tackles and 10 sacks. He went on some deep playoff runs with Armwood in the past and isn’t afraid of high-pressure situations.

I still just 😦 every time I see Desmond Watson. Dude is huge. pic.twitter.com/3kSAeFKFbI

Everyone knew Desmond Watson was a big boy. But when he showed up to spring practice listed at 432 pounds, it was clear that he’s set out to drop jaws instead of pounds.

Working with Florida defensive line coach David Turner will help Watson get the most out of his game.

The 247Sports Composite was not as high on Watson as Rivals, which ranked him as a four-star recruit. The weight may be an advantage in high school, but it could be exploited against higher competition.

Regardless, Watson has the makings of a multi-year starter and could even reach the NFL if his skills develop properly.

Desmond Watson is only going to add strength at Florida, and he’ll be an imposing presence on the football field. With solid coaching, he can be an SEC quarterback’s worst nightmare.

This post was originally published on January 27 but was updated to reflect Watson’s weight.