Kyle Trask was absolutely without-a-doubt the no-brainer Heisman Trophy favorite six games into the season. No one in college football was even close to matching his 28 passing touchdowns -- an SEC record for most in the first six games. His 2,171 passing yards wasn't half bad, either.

The Florida Gators were at one point the No. 6 team in the country. Behind their gunslinger quarterback, head coach Dan Mullen's Gators finally beat the Georgia Bulldogs and headed to the SEC Championship Game against the Alabama Crimson Tide.

Despite the six touchdowns against Ole Miss, five touchdowns in the first half against Arkansas, 474 passing yards against Georgia and that Trask had Florida averaging 45.8 points per game (sixth-most in NCAA), I have to break the bad news to the orange and blue faithful: Kyle Trask is probably not going to win the Heisman Trophy.

There will be no statue next to Tim Tebow, Danny Wuerffel and Steve Spurrier outside The Swamp in Gainesville. There will be no acceptance speech, virtual or not, thanks to the coronavirus pandemic and COVID-19 outbreak.

Let me tell you why.

Let's start with the good.

Trask finished the season with 46 total touchdowns, including an NCAA-best 43 passing touchdowns. To celebrate that marvelous number, Florida's athletic department put together a terrific video of every single one of those scores.

It's a great way for Florida fans to relive what was an unforgettable season even if it doesn't end in national championship or Heisman Trophy. Kyle Trask may not get his statue outside of the stadium, but he definitely deserves an All-American brick by the Bull Gator statue. 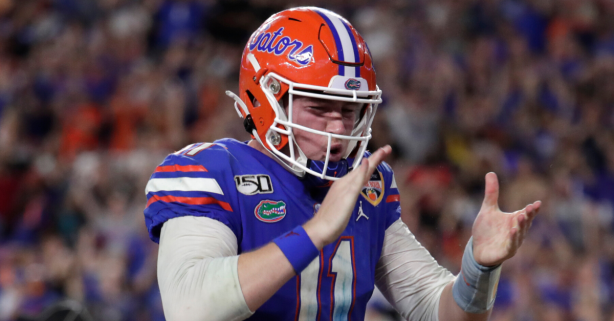 According to Odds Shark, he surpassed Alabama's Mac Jones, Ohio State's Justin Fields and Clemson's Trevor Lawrence as the Heisman front-runner. That should have been no surprise to anyone who saw his name trending on social media.

Kyle Trask is the new betting favorite to win the 2020 Heisman Trophy.

Trask had a chance to become Florida's fourth Heisman Trophy winner, joining Tebow, Wuerffel and Spurrier. The numbers speak for themselves. Trask finished with 43 passing touchdown passes, eight interceptions and 4,283 passing yards, which was more touchdowns than Wuerffel threw for in 1996 and more passing yards than Tebow's 2007 season.

Don't place your money on the kid from Manvel, Texas, though.

Why Trask Won't Win The Heisman 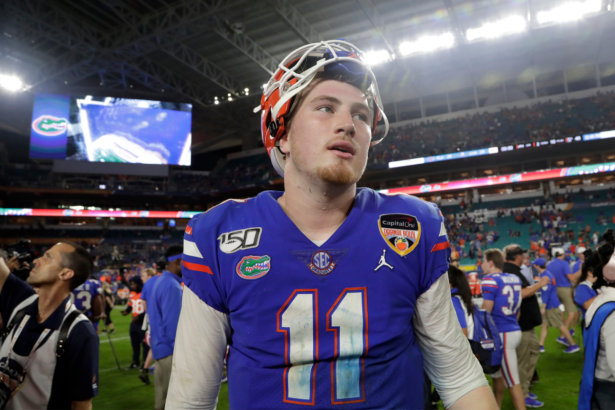 Florida beat Vanderbilt, Tennessee, Kentucky and lost to LSU. They still headed to Atlanta in December.

Here's the problem: Nick Saban and the Alabama Crimson Tide was waiting for them. As much as it hurts me to say, Florida never had a shot at beating Alabama this year, even considering the 52-46 final score. That loss hurt Trask's Heisman chances tremendously.

Florida's offensive outbursts masked a defensive deficiency all season. UF's defense at one point was allowing 30 points per game. Ole Miss scored 35. Texas A&M put up 41. Even Arkansas found 35 points. LSU scored 37. Alabama and Oklahoma both hung a 50-burger on them.

That figure didn't help when UF played the 'Tide, who was putting up 555 yards and 47.2 points per game in the SEC at one point. Plus, Alabama's defense was pretty darn good. What's new?

Basically, Trask had to play a perfect game when the two teams met in the conference title game. The same can be said for tight end Kyle Pitts, wide receiver Kadarius Toney and UF's running backs. Even that wasn't enough against an Alabama with NFL-ready talent all over the field.

I saw this fake graphic posted as a joke by PodUp with Matthews the other day but after Kyle Trask?s 6th straight game with 4 or more TD passes and 28 for the year it?s beginning to look authentic. pic.twitter.com/w3FEVR8cFG

Six of the last seven winners of the Heisman Trophy award either played in the College Football Playoff or the BCS National Championship Game. Think about that. Joe Burrow, Kyler Murray and Baker Mayfield are just the last three.

It's been clear that voters have preferred players who took their teams to those heights. Just look at the 2001 Heisman race, when Florida's Rex Grossman doubled Nebraska quarterback Eric Crouch's numbers but still lost because Nebraska played for a national championship.

Kyle Trask had to beat Alabama if he wanted to hoist the Heisman Trophy at the end of the season. That didn't happen, and it's why the award will likely end up in the hands of an Alabama player. 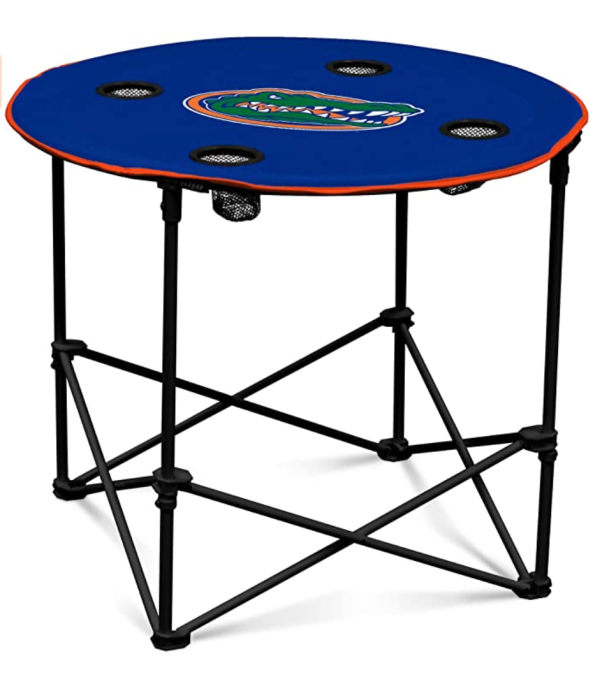