Dan Mullen is Becoming the “Villain” of College Football, And That’s Perfectly Fine 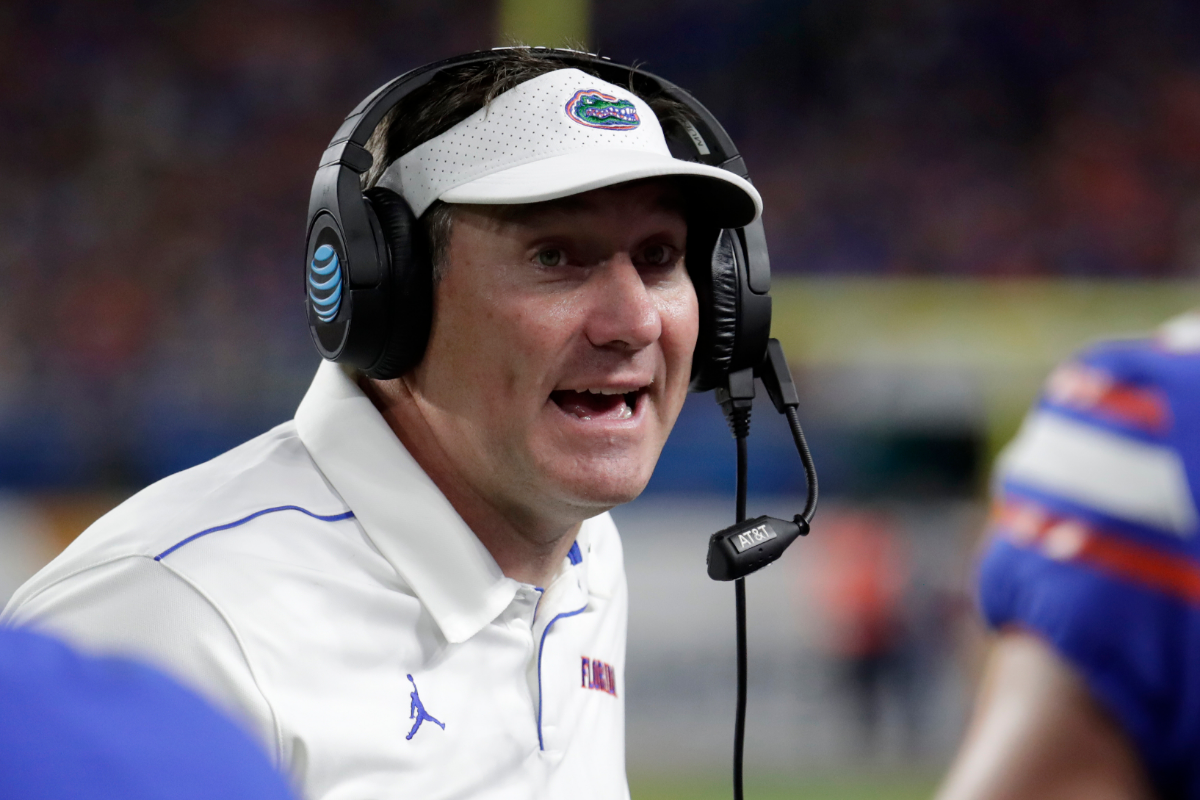 When Florida Gators head coach Dan Mullen rushed onto the field at Ben Hill Griffin Stadium just before halftime of the Florida-Missouri, he knew exactly what he was doing. He was sticking up for his player, his quarterback and his Heisman Trophy candidate.

Of course, the rest of what followed after that late hit on quarterback Kyle Trask — an ugly brawl that led to the suspensions of a defensive lineman and linebacker, dressing as Darth Vader in his postgame press conference and earning a $25,000 fine — didn’t do Mullen much good on the public relations front. Shoving, yelling and even coming back from the locker room to pump up his crowd earned him negative attention as well.

To that I say this: Good.

Dan Mullen is wearing a Darth Vader mask while talking to reporters. He’s also addressing a fight that took place right before halftime.

Many of the greatest coaches in college football history have been hated.

Despite being a pretty even-keeled dude (unless he’s sharing a sideline with Lane Kiffin), Alabama’s Nick Saban is loathed simply because fans are tired of him winning. Over at Clemson, the same can be said about Dabo Swinney. “They hate us because they ain’t us” has never rang more true than in the NCAA.

Remember Steve Spurrier? The Head Ball Coach took shots at every rival and SEC team. He called Florida State “Free Shoes University,” made fun of Peyton Manning at Tennessee and upon hearing about an Auburn library fire that destroyed 20 books said, “the real tragedy was that 15 hadn’t been colored yet.” Spurrier brought Florida its first national championship and won more games than anyone in program history.

So far in his tenure in Gainesville, Mullen has trolled Georgia’s national title drought using a spring game attendance figure, nearly fought Vanderbilt head coach Derek Mason in a 2018 melee and partook in the Missouri Tigers scuffle. He’s got his own “Fun ‘n’ Gun” offense and is putting up nearly 500 yards per game this year.

After the Mizzou game, Mullen recapped what happened on the field. While he didn’t necessarily encourage the brawl, he didn’t back down.

“I got told they hit him late and you know what, our guys are gonna defend their quarterback,” Mullen said while wearing a black cape.

Florida fans should want their head coach dressing in a Darth Vader costume (complete with a red lightsaber) on Halloween night. They should want him to be hated and vilified. That’s a sign that the program is winning, or at least heading in the right direction. I’m not a Star Wars guy, but I believe they call that the dark side. I’m all in on the dark side.

The dark side is already prevailing. Florida beat Kirby Smart‘s Georgia Bulldogs handily, 44-28, marking the biggest win of Mullen’s tenure. The victory not only kept Florida in great shape in the Southeastern Conference East and improved their College Football Playoff chances, but it also instilled hope for the future in The Swamp. It will also have an effect on recruiting.

Only Arkansas, Vanderbilt, Kentucky, Tennessee and LSU (and the coronavirus pandemic and COVID-19 outbreak) stand in the way of a potential showdown against what’s likely Nick Saban and the mighty Crimson Tide in the SEC Championship Game.

So keep on hating, everyone. Florida coach Dan Mullen is on the rise, and no one is safe from his wrath.