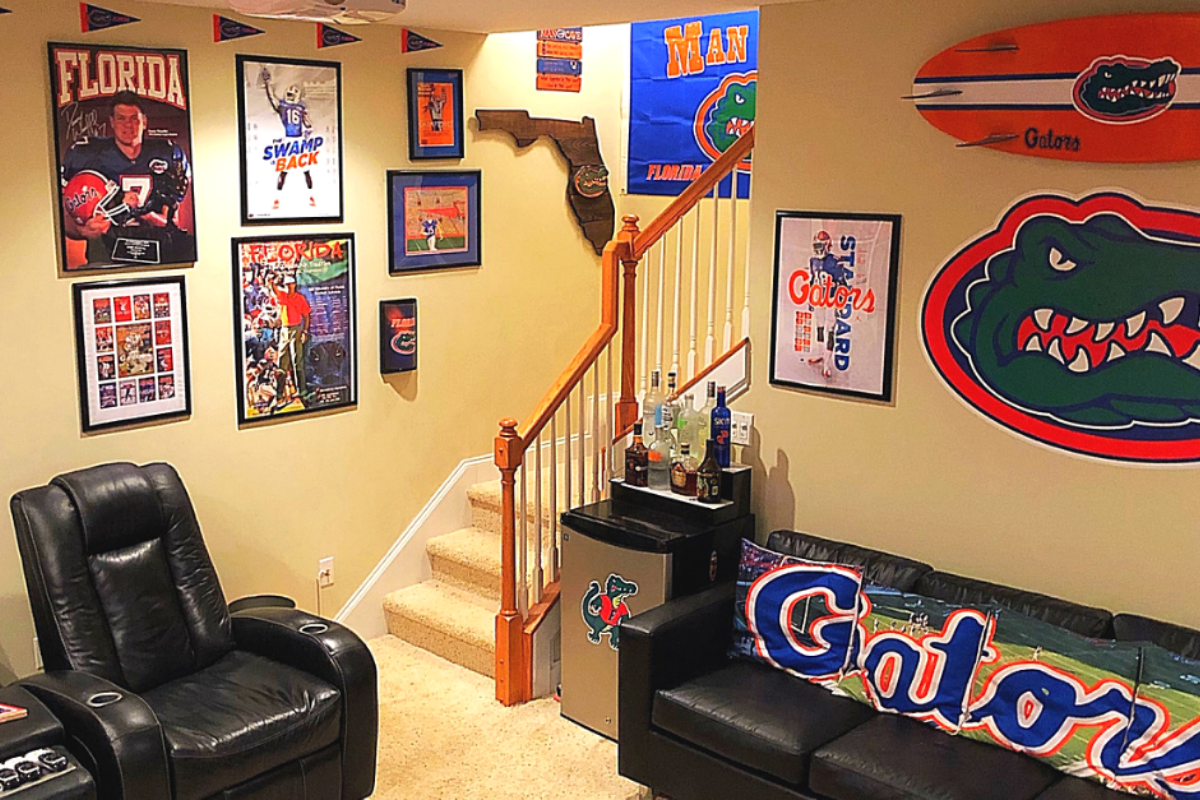 The University of Florida owns one of the great traditions of elite college athletics anywhere in the country. Numerous national championships in multiple sports keep Gainesville in the spotlight year after year. Naturally, there’s going to be fans all over the country, but they’re all envious of the UF faithful that grew up in real Gator country.

That’s exactly where lifelong Florida fan Donny Mullis hails from. Growing up near the Suwannee River in Trenton, which is about an hour from Gainesville, Donny was born to be a Florida Gators fan just like his wife, Jessica. Today, the two proudly fly the Gator flag at their home in Seneca, South Carolina.

Donny and Jessica, who graduated from UF College of Nursing in 2004, were married in 2006 and started their own troop of Gator fans to carry on the tradition. The couple’s three daughters — Kayla, Daisy and Jamie Lynn — were all raised right and are huge Florida fans just like their parents.

“I’ve collected UF gear and memorabilia since I was a child,” Donny told FanBuzz. “Most of the things in my Gator man cave are things my wife and I have had for years.”

From a big projector screen paired with two more televisions to framed pictures of memorable UF moments, I don’t think you’ll find a better place to put on your orange and blue team colors and cheer Florida to victory.

When it comes to the most famous Gators to ever take the field in The Swamp, they’ve found a special place in the Mullis’ family home, too.

“My favorite item would have to be my signed helmet by the one and only Head Ball Coach, Steve Spurrier,” Donny says. “My favorite gator of all time is Tim Tebow. He is a truly good human being and the epitome of what a Florida Gator should be.”

Need a place to watch a game during Florida’s 2021 season? I’d suggest seeing if the Mullis family can spare an extra seat in their Florida Gator cave because few places will be having an orange and blue party to celebrate football quite like they will!

MORE: Florida’s “We Are The Boys” Tradition is Hard to Beat