Florida’s “We Are The Boys” Tradition is Hard to Beat 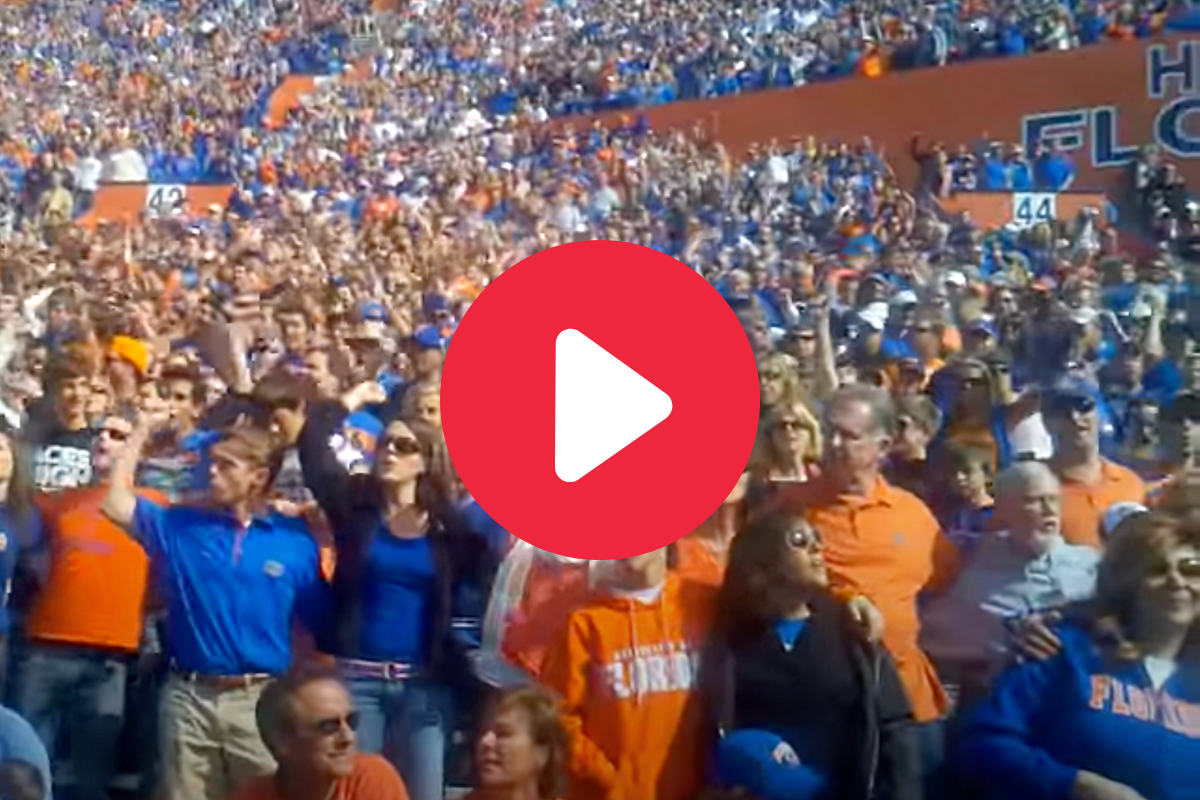 College football has so many traditions that sometimes it’s hard to keep track of them all. ESPN ranked the 25 best of them, and it’s hard to argue against singing Dixieland Delight in Alabama’s Bryant-Denny Stadium or taking part in Texas A&M’s Midnight Yell.

If you ask me, the University of Florida Gators have traditions, chants and fight songs that are second to none in the United States. Nothing pumps up the 90,000 fans that fill Ben Hill Griffin Stadium quite like “Mr. Two Bits” did before a game against an SEC foe. And, I’m sorry, but the orange and blue faithful belting Tom Petty’s “I Won’t Back Down” in The Swamp prior to the fourth quarter will always be better than West Virginia’s rendition of “Take Me Home, Country Roads.”

But there’s one tradition Gator fans learn almost immediately when stepping foot on campus in Gainesville. No, it’s not the Chomp, which by the way is ALWAYS right over left (even for lefties like you, Tim Tebow).

I’m talking about when you lock arms with your fellow fans for some good old-fashioned camaraderie in “We Are the Boys” at the end of the third quarter of home football games. There’s nothing quite like this tradition that dates back to the 1920s.

“We Are The Boys of Old Florida” Chant

RELATED: Why Are Florida?s Colors Orange and Blue?

Try to read it without swaying back and forth…

We are the boys from old Florida,
F-L-O-R-I-D-A.
Where the girls are the fairest,
The boys are the squarest
Of any old state down our way.
We are all strong for old Florida
Down where the old Gators play.
In all kinds of weather ?
We’ll all stick together?
For F-L-O-R-I-D-A.

Everyone knows you sway from left to right while singing this song in harmony on game day with your peers. Additions like yelling “Hey!” in unison after “way” in the fifth line and shouting “Go Gators!” after “play” in the seventh line are musts as well.

The climax, of course, is pausing to whichever side you’re leaning when the end of “we’ll all stick together” takes place. Make sure you and the people around you are in sync for that one. It’s an art form to perfect that, really.

History of “We Are the Boys”

Que We are the Boys… Gators enter the fourth quarter leading UMass 10-7 pic.twitter.com/rh3bi518zR

The common story around campus is that “We Are the Boys from Old Florida” was first written by two UF students?Robert Swanson and John Icenhour?in 1919 for their barbershop quartet.

The tune may have been influenced by similar songs written at other schools, though. A man named Joseph Murphy wrote “We’re Strong for Toledo” in 1906. Nebraska’s version, “Dear Old Nebraska U” was composed by Harry Pecha in 1924.

Florida’s “We Are the Boys” song may also have been written by composer and arranger Thorton W. Allen in the early 19th century, but that isn’t certain. Former UF band director Harold Bachman set the record straight, except not really, in a published history of the band: “No one seems to know for sure who composed ‘We Are the Boys From Old Florida’.”

UF’s marching band, The Pride of the Sunshine, has been playing the song during Gator football games since the 1930s. It wasn’t until the 1970s that the band only played the joyous song at the end of the third quarter. Even other Florida Gators sports with bands have incorporated “We Are the Boys” late in games or matches when time allows.

That may be the best “We Are the Boys” and “Won’t Back Down” yet.

Brad Stewart was getting into on the sidelines.

And Gators follow this up with a 32 yard completion from Trask to Pitts. pic.twitter.com/22G02cjNKu

The song has come under some slight fire in recent decades for its lack of inclusiveness. “We Are the Boys” isn’t exactly a phrase that represents a campus that once began as all-male but is now 57 percent female. And calling girls the “fairest” is as outdated as it gets. Still, it has remained unchanged.

Every Gator fan and former student knows “We Are the Boys” is the best chant in Florida Gators football lore. Yes, it’s ahead of the alma mater played after football games and when half the stadium yells orange while the other half yells blue.

Florida State University’s War Chant and LSU’s Neck Chant don’t even compare to what transpires inside The Swamp on Saturdays, if you ask me. “We Are the Boys”is a timeless tradition passed down from generation to generation that isn’t going away anytime soon, and seeing the alligator mascot take part in the tradition every Saturday is a sight for sore eyes among Gator fans.

This article was originally published October 15, 2019.

MORE: Why Gator Fans Will Never Rush the Field After a Win