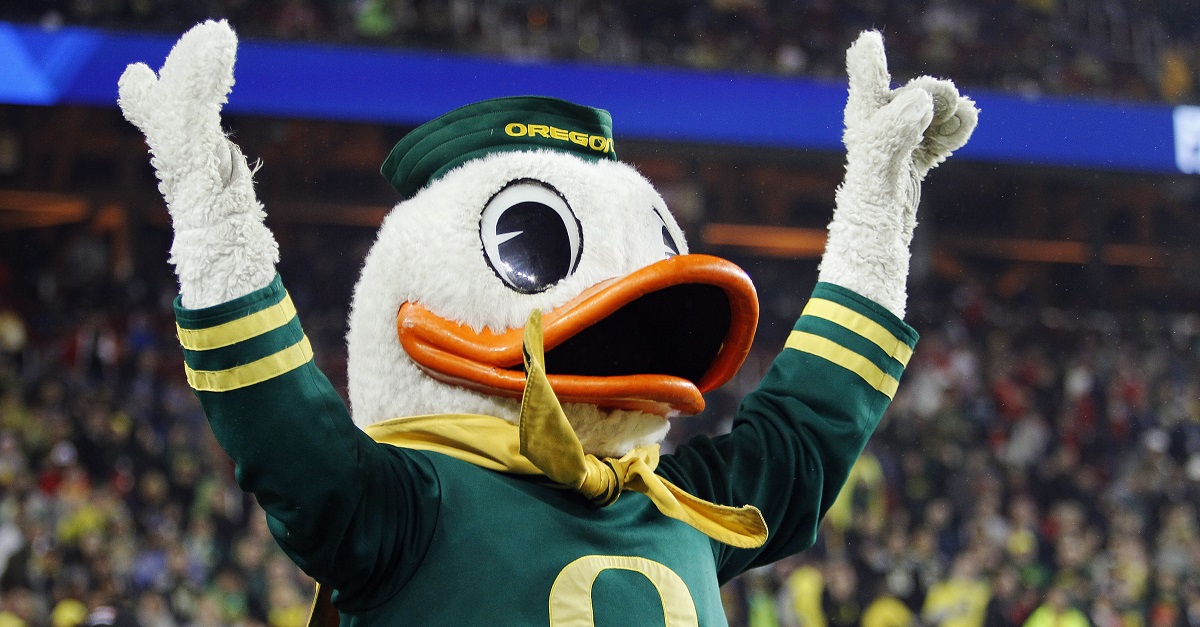 Tradition is defined as ‘the transmission of customs or beliefs from generation to generation.’ We all know one, whether it’s a family tradition or a local tradition, and each of them are unique to wherever you call home. It’s tradition in Pittsburgh, for example, to always “Raise the Jolly Roger” after a Pirates victory. (Needless to say, we don’t do this very often…)

There are 130 NCAA Division I FBS programs fielding college football teams, 125 FCS programs playing football, 167 teams in Division II, and another 250 playing at the Division III level. Everywhere you go, traditions come in all shapes and sizes, so it might be impossible to truly rank them. At the very least, ESPN chose the best tradition of the nation’s best teams heading into 2019 for us to enjoy while awaiting Florida vs. Miami to kick off the season.

In my humble opinion, ESPN gets it wrong right off the bat. Sure, Tiger fans pour onto the Memorial Stadium field after every game to mingle with national championship-caliber players and grab an Instagram picture, but you’d be silly to think any tradition is better than touching Howard’s Rock and running down the hill.

Although it was banned for some language that, well, let’s just say your grandmother might frown at, this Crimson Tide tradition was brought back in 2018. It doesn’t take long for every Alabama fan to get Bryant-Denny Stadium rocking when Alabama’s song (Yes, that’s the band’s name) starts to play.

At the start of every fourth quarter during night games, Sanford Stadium gets lit up as every fan pulls out their phones, turns on the flashlight, and the Redcoat Band plays “Krypton Fanfare.” Alright, I can get behind this tradition, but I fell like there’s one missing?

Oh, yeah. There are 10 generations of Uga the bulldog…

After every Oklahoma Sooners’ score, the horse-drawn wagon races onto the field to celebrate. It’s become a staple at OU games over the years, and it’s been especially busy lately with two-straight Heisman Trophy winners leading one of college football’s most powerful offenses.

ESPN’s Dan Murphy says, “[Winning] seven years in a row (and 14 of the past 15) is long enough to be deemed a tradition in modern-day college football, is it not?” The Game is the ultimate rivalry tradition in itself, and I know it’s the Buckeyes’ tradition to beat Jim Harbaugh again and again and again, but c’mon now.

How does Dotting the ‘I’ of the human-script Ohio get left out?

Fighting Irish players have touched the iconic sign before walking into Notre Dame Stadium since 1986, and it’s become one of the biggest traditions for the iconic program. I would’ve gone with Touchdown Jesus, but that’s just me.

It’s not “Beating Ohio State,” but the best helmets in college football will have to do. The blue and maize helmets, complete with the winged design, have been around since 1938 and should never be replaced.

The Gators have plenty of traditions in The Swamp, but one of the most unique is the chant that’s belted out prior to every kickoff since 1949. Started by George Edmondson, the famous cheer lives on today in Gainesville.

“Two bits, four bits, six bits, a dollar. All for the Gators, stand up and holler!”

Mike the Tiger ranks pretty high on my list, but there’s nothing like Tiger Stadium at night. One of the coolest moments in college football is the stadium’s public address announcer, Dan Borne, setting up a roar from Louisiana State University faithful that has literally shaken the ground in the past.

“Ladies and gentlemen, the sun has found its home in the western sky, it is now Saturday night in Death Valley!”

Autzen Stadium is one of the Pac-12’s most hostile environments for good reason. Aside from the Oregon football team sporting wild, custom Nike jerseys that change every week, the Oregon Duck mascot rides a Harley-Davidson motorcycle onto the field.

Ever ridden a motorcycle? Good, now try down-shifting when you have giant, webbed flippers on your feet.

The Texas Longhorns have the third-most wins in college football history, and they’ve been doing it by scaring the living hell out of any mascot that comes to close. Bevo XV, the most recent Texas longhorn steer to grace the sidelines in Austin, weighs almost 2,000 pounds and is carrying on a tradition that’s over 100 years old.

Most traditions happen on game day Saturdays, but College Station’s legendary practice takes place the night before. Thousands of students and alumni pack into Kyle Field as yell leaders lead “The 12th Man” in practicing the chants that ring out when the Aggies take the field the next day. It’s truly one of the awesome sights in college football.

I went to Penn State, so excuse my obvious bias, but no place in the country is quite as electric as a Penn State whiteout. More than 100,000 screaming fans pack into Beaver Stadium, clad in white, going absolutely bonkers during the Nittany Lions’ biggest home game of the season.

Man, I wish I was still in college…

The UCF Knights, unofficially the official 2017 National Champions of college football, are relatively new to the tradition scene having played less than 500 games in their existence, so it’d only be natural their tradition is one that actually happens all over the country.

Zombie Nation’s “Kernkraft 400” begins to play, and Spectrum Stadium begins to bounce as fans go crazy jumping up and down chanting “U-C-F Knights!”

You’ve probably gone tailgating, but that’s completely different from the Huskies tradition of “sailgating.” Rather than dropping your truck beds and laying out the cornhole boards, Washington football fans set sail for on Lake Washington’s Union Bay for a giant pregame tailgate out on the water.

I’ll be honest, I’d never heard of “Crazy Lady” before I read about ESPN’s favorite Utah Utes tradition, but after a quick search, I realized she’s awesome. A staple at games inside Rice-Eccles Stadium, Jackson goes bonkers to give Utah fans added fuel late in games with her wild dance moves and unmatched energy.

There are marching bands, and then there’s “The World’s Largest Rock and Roll Band” out in California. The Stanford Band threw away what you’d consider “traditional” marching band clothes, songs and tactics in favor of a student-run mob of trumpet-wielding musicians who simply love putting on a good show.

It also helps that their reputation that this band was the punchline of arguably the wildest ending in college football history.

It happens all over the country, but no one does it like the Auburn Tigers. Donahue Drive packs with thousands of rabid Auburn football fans waiting to greet the team as they make their way into Jordan-Hare Stadium. Tossing toilet paper at Toomer’s Corner is one of Auburn, Alabama’s wildest traditions, but it’s The Tiger Walk that got ESPN’s vote.

ESPN’s choice for the Washington State Huskies best tradition isn’t even in Pullman, but it’s the iconic Wazzu flag that you can see at every single taping of College GameDay. Since Tom Pounds first showed up with the flag in 2003, it’s been at every taping around the country. I’m not kidding. Every. Single. One.

This is a fine tradition, but for me, nothing will top Gardner Minshew’s mustache in 2018. That thing built a legacy all its own.

A wall of screaming Cornhusker fans lead Scott Frost’s team out of the locker room and into Memorial Stadium as “Sirius” by The Alan Parsons Project plays over the loudspeakers. Imagine being welcomed onto the field by the same song that introduced Michael Jordan’s Chicago Bulls dynasty all those years?

When the third quarter ends at Camp Randall Stadium, House of Pain’s legendary jock jam gets everyone on their feet. The Badger faithful star jumping like crazy, igniting the Wisconsin football team for a massive fourth quarter of gritty, Big Ten football up north.

I know the Syracuse Orange don’t exactly have a stellar football history (four 10-win seasons in the last 30 years), but there’s got to be a better tradition than a pizza place, right? ESPN’s David Hale named The Varsity as Syracuse’s finest, and if the Orange win, banners hung on the walls there are turned upside down, which I guess is cool.

Across the street from Kinnick Stadium is the University of Iowa’s Stead Family Children’s Hospital. What started in 2017 by the home fans has turned into the entire stadium, including opposing players and coaches, taking the time to wave at children watching who are fighting a much bigger fight than just a Big Ten football game.

The Army-Navy game is filled with tradition. The rivalry gets prime time viewing while the rest of college football is playing conference championships, and one of the best parts of the game is the “March On.” Cadets and midshipmen making up the entire student bodies of both military academies march onto the field in formation to be honored before the game begins.

Cowbells in Mississippi State are practically religion, as each of them are decorated and ring out when the Bulldogs take the field in Starkville. The SEC tried, and failed, to ban them in the past, but instead decided they could only be rang when the play isn’t taking place.

It’s the most electric entrance into any football stadium in the country, and I’d be doing a disservice to my friends in Blacksburg, Virginia if I didn’t include this Hokies’ tradition on the list of college football’s best.

In 2014, John Denver’s classic hit became one of West Virginia’s official state songs. And during Mountaineers games, you better believe it gets belted loud enough for everyone in the state to hear.

When the Seminoles take the field at Doak Campbell Stadium, that War Chant is as terrifying a sight for opposing teams as you’ll find anywhere in the country. And of course, Chief Osceola comes in a close second.