Florida could reportedly be the one to get rid of Jim McElwain, and the details are stunning 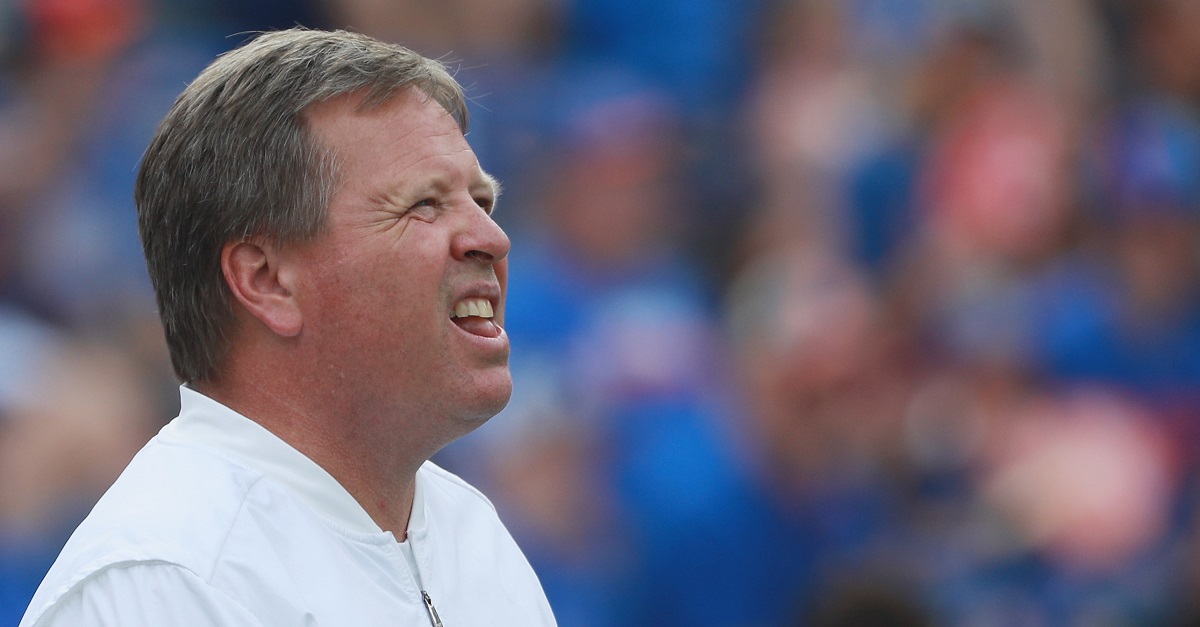 Florida head coach Jim McElwain has apparently been under more heat than people realize as he revealed that he and his family (as well as players) have been receiving death threats. However, he did not provide any more details and “offered no additional details” when asked by Florida officials to do so, according to SEC Country. That could lead to McElwain?s firing with absolutely no repercussions for the school in the way of paying his $12 million buyout, according to Saturday Down South.

Saturday Down South’s Matt Hayes reported on Tuesday afternoon that McElwain?s refusal to offer details could open the door for the school to fire him with cause and not have to pay the buyout at all. Hayes outlined how the argument could be made for firing with cause for McElwain because he could have lied about the alleged death threats and/or he was insubordinate to his superiors when he did not present any evidence or details to them based on the claims he made.

McElwain was already on thin ice with the administration after he threw new athletic director Scott Stricklin under the bus just three months into replacing the legendary Jeremy Foley. McElwain said the facilities weren’t up to standards when he took over and he took a shot at the administration after the Outback Bowl win against Iowa. When asked about the state of the program after that win he said, ?We?ll look for the commitment that we get from the administration moving forward, see where that?s at.?

That can’t sit well with his superiors and if they’ve been given an easy path to firing him with cause and not have to set the university back $12 million, there could be a chance they take it. Not to mention they can’t enjoy having their football players in the headlines for credit card fraud and losing quarterback talent like Will Grier who is lighting up the Big 12 at West Virginia.

The Gators are sitting at 3-3 this season while playing with a hand tied behind their back because they have no offense. This year’s team is certainly not looking up to snuff and fortunately has not reached Tennessee levels of embarrassing, but that may not be far off.