Herschel Walker wasn't human. At 6-foot-1 and 225 pounds, he was the fastest, strongest and quickest guy on any surface he played on. Of course, Walker gained countrywide fame for his college football career at the University of Georgia, where he won the 1982 Heisman Trophy and remains the program's all-time leading rusher to this day.

His pro football career is unique in that he opted to go to the United States Football League (USFL) out of college instead of the NFL. Even so, after three seasons in which he rushed for over 5,500 yards, he joined the Dallas Cowboys. His 12-year career with the Cowboys, Minnesota Vikings, Philadelphia Eagles and New York Giants resulted in 13,084 yards from scrimmage (8,225 rushing and 4,859 receiving). Not to mention he recorded an astonishing 5,084 kick return yards.

Another unique quality about Walker is his athletic interests aren't bound to football. Sure, we've seen other gridiron legends like Bo Jackson and Deion Sanders excel at baseball in addition to football, but Walker was open to try anything. His secondary sport was track & field. Shockingly, he was pretty good at that, too, and ran a 10.22 in the 100-meter dash in high school while also throwing discus.

But, it's Walker's interests in more niche sports that separate him from other multi-sport athletes. The star running back has tried his hand at MMA, taekwondo and ballet at one point or another. However, he found the most success in bobsledding on the world's biggest stage. 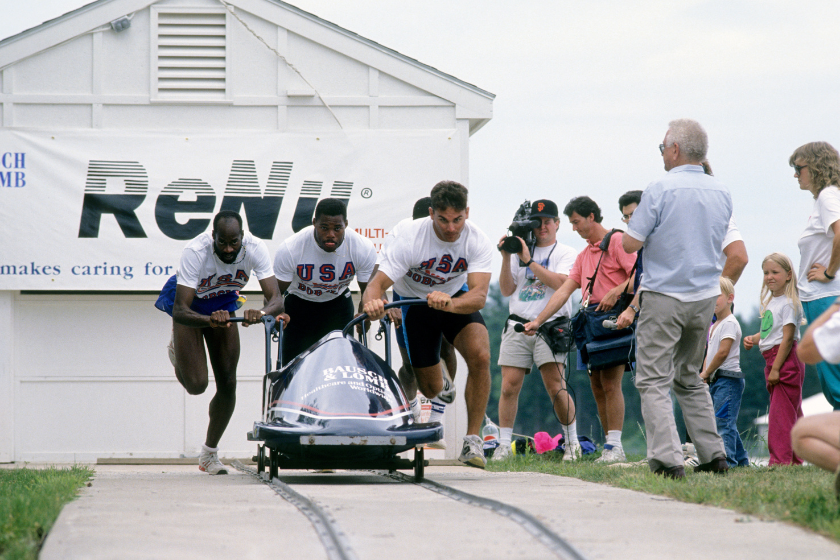 The Heisman Trophy Winner's journey to the 1992 Winter Olympics in Albertville, France started off rocky. For one, full-time bobsledders weren't too thrilled when a football player like Walker wanted to try their sport. The reason for the pushback was that he wasn't properly trained. Because of this, Walker and other NFL players like Edwin Moses and Greg Harrell felt they hadn't been given a fair shot to make the team.

But Walker and Harrell, then a wide receiver with the Los Angeles Raiders, made the team after a U.S arbitrator ruled in their favor and warranted a push-off competition.

Walker was originally supposed to be the pusher and brakeman of the four-man bobsled team consisting of Randy Will, Joe Sawyer and Karlos Kurby. Two days before the competition, Will, the driver, wanted his hometown buddy Chris Coleman on the squad even though Walker was considered faster and more powerful.

"Randy felt that something was going on in the back of his sled that he wasn't comfortable with," head coach John Philin said in explanation of the decision back in 1992, per The Washington Post.

The team ended up finishing in ninth place. Walker was still able to participate on the U.S. bobsled team though, albeit in a different event.

How Did Walker & Team USA Do?

What sport hasn?t @HerschelWalker played? #tbt to the 1992 Winter #Olympics where he was on the U.S.A. bobsled team! #USAFootball

The former professional football star was paired with driver Brian Shimer to participate in the two-man competition in La Plagne, France.

Although the duo didn't have much familiarity with each other, they finished in seventh place. Shimer hinted after the race that Walker's inexperience and clunky jump into the sled after the push-off could've contributed to them not medaling. Still, it's impressive they were even close considering there were 46 teams. 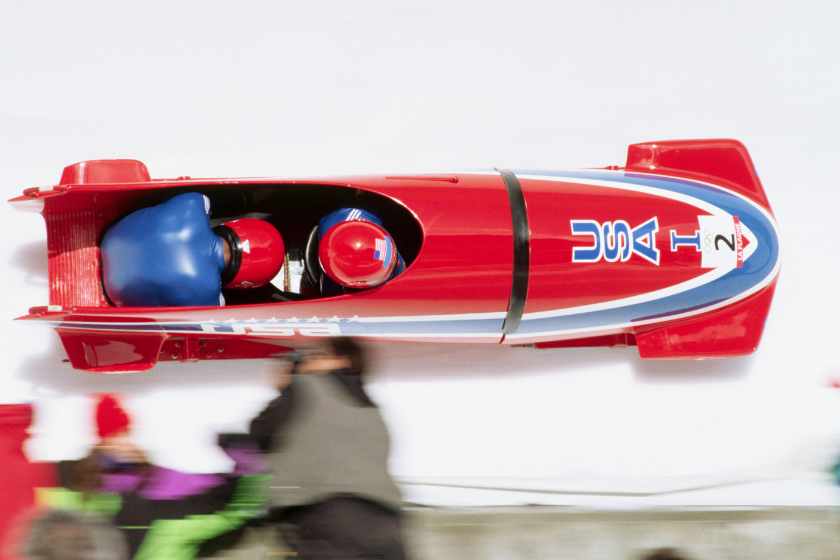 He returned to the football field later that year and went on to rush for 1,070 yards with the Eagles.

Walker may not have a medal to his name, but as if we needed any more proof, the ability to pick up a sport and compete in the Olympic games in a short span is a testament to his insane athleticism. I have no doubt he and Shimer would've had a real shot at the gold medal had he had more time.

MORE: Herschel Walker's Net Worth: How Football & Businesses Made Him Millions