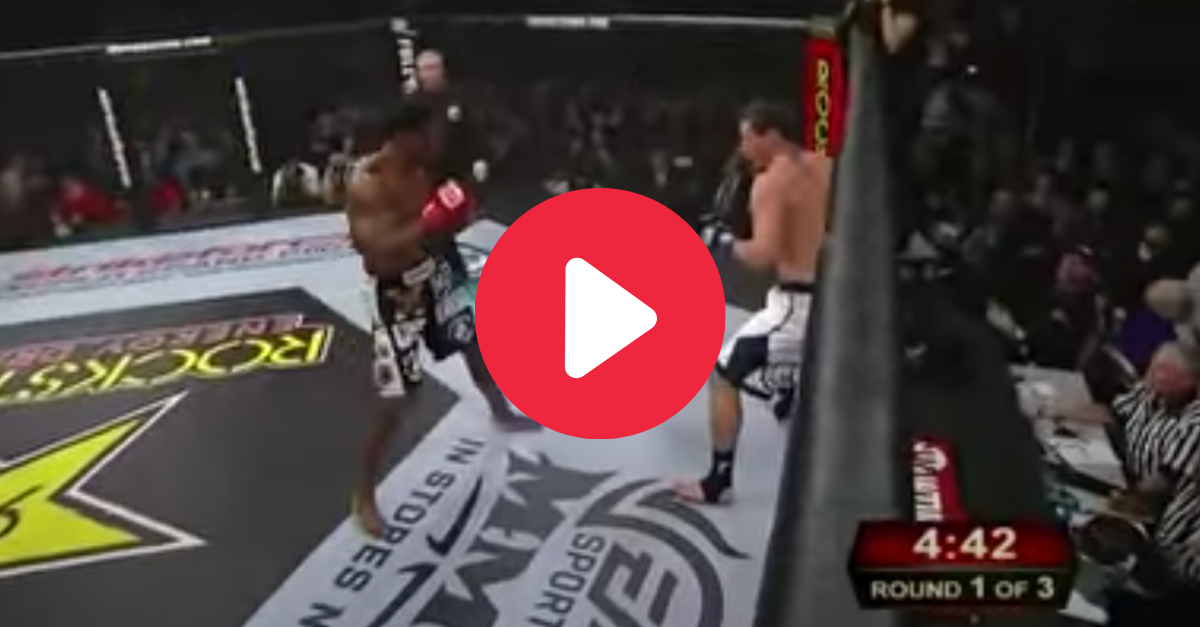 Herschel Walker is easily the greatest football player in University of Georgia history, and arguably the Southeastern Conference. The college football legend dominated like few running backs ever have.

Walker’s incredible athleticism was always on display. On his first ever touchdown, in which he bulldozed Bill Bates. When he competed on the United States bobsled team in the 1992 Olympics. Even when he approached 50 years old and decided he wanted to try his hand at professional mixed martial arts.

Herschel Walker was 48 when he took on Scott Carson for Strikeforce in 2011. He had already won his MMA debut against Greg Nagy and was lookin to make it a perfect 2-0.

The first round didn’t even finish before the UGA legend knocked out his opponent.

Walker unleashed a fury of punches immediately that sent Carson to the ground. He officially knocked him out within a few minutes of the match beginning.

And despite being 48, he proved that age is just a number. It also helps to look as ripped as he did.

Strikeforce closed its doors in 2013, so Walker didn’t fight after this first-round knockout. However, the former NFL player reportedly considered a return to the octagon at 53 years old in 2015.

?I?d still fight because I still train, I?d step back in the cage and fight a little bit,” Walker told MMAFighting.com when questioned if he’d consider trying MMA again.

Walker, now 58, is likely done squaring up against opponents. But at least he can say he’s undefeated at 2-0. That’s why he’s the greatest.

Herschel Walker: From the Georgia Backwoods and the Heisman Trophy to the Pros (A Zander Hollander Sports Book) Paperback ? October 1, 1983