Never Forget Jake Fromm Dominated the LLWS as a “Man-Child” 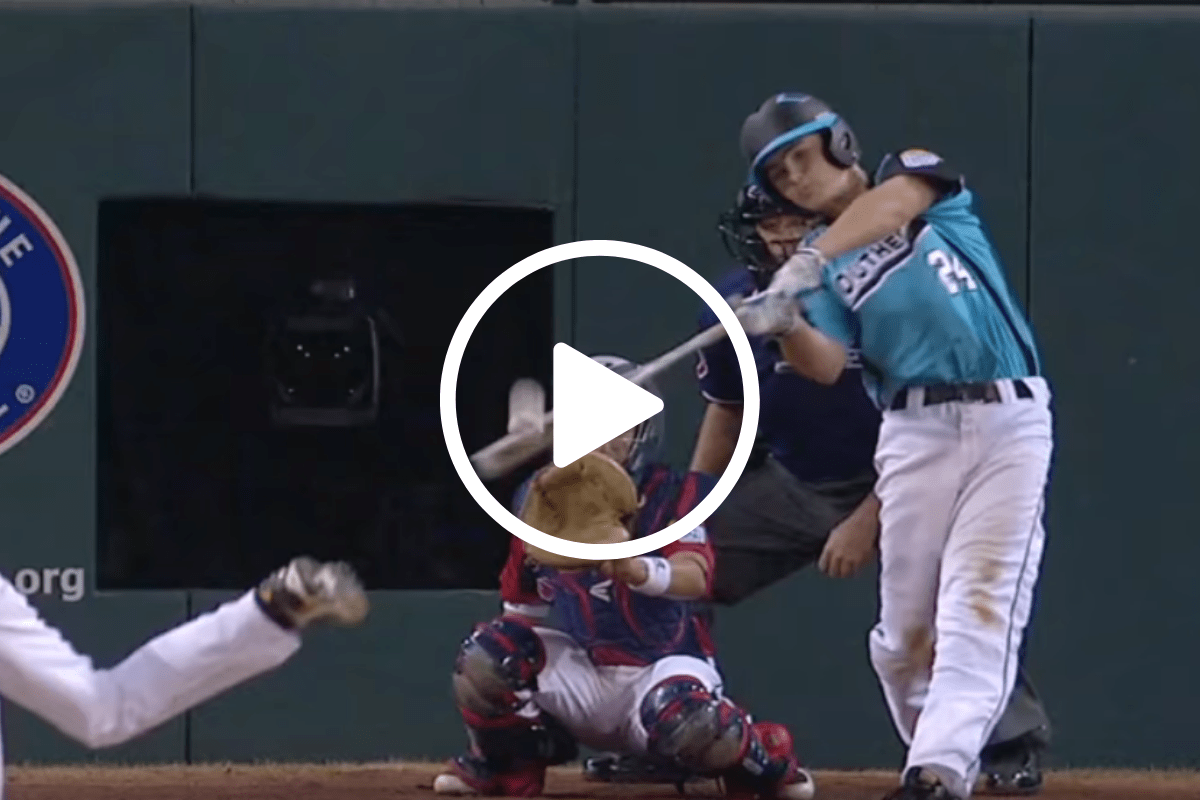 Former Georgia quarterback Jake Fromm is no stranger to the national spotlight. He led UGA to SEC Championship games, won a double-overtime thriller against Oklahoma in a College Football Playoff semifinal game, played in the national championship game against Alabama and is making his way in the NFL with the Buffalo Bills.

Before he stepped between the hedges at Athens’ Sanford Stadium and threw for more than 8,000 yards and 78 touchdowns in the red and black, Fromm was commanding national attention slugging home runs and firing fastballs as a 12-year-old “man-child” in the Little League World Series.

Fromm was a two-way threat for the Warner Robins, Georgia little league team in 2011. Standing 5-foot-11 as a preteen, Fromm led his team to within two games of a United States championship.

He may not look that tall standing next to NFL linemen, but back in 2011 he looked like he could’ve been a coach. And no fence could contain his crazy power.

Fromm hit three homers and knocked in eight runs in the LLWS. He also wowed as a pitcher in Williamsport, striking out 11 of the 18 batters he faced. Fromm’s Warner Robbins league famously won the Little League World Series in 2007 on a walk-off home run.

?I remember the experience was incredible ? hitting those home runs in a crowded stadium was really memorable for me,” Fromm told LittleLeague.com. “One of the other big memories came during the down time, playing ping-pong with the team from Japan. It was definitely an experience that will always mean a lot to me because it happened at such a young age, playing a game I love with all my hometown buddies.?

His team looked like it had a blast, as most kids probably do there.

Fromm went on to play quarterback for Houston County High School in Warner Robins. He started as the University of Georgia quarterback as a true freshman when he filled in for Jacob Eason and led Kirby Smart’s Georgia football team to a Rose Bowl victory in the College Football Playoff. The Georgia Bulldogs gunslinger left Athens as the program’s fourth all-time leading passer and holds a special place in Bulldog fans’ hearts.

The Georgia QB is one of many LLWS stars that go on to play collegiate and professional sports. The list includes numerous MLB players like Cody Bellinger, Todd Frazier and Gary Sheffield.

Fromm isn’t even the only future quarterback that first showcased his athletic abilities in the LLWS. Former NFL quarterbacks Matt Cassel (who also played in the Rose Bowl) and Chad Pennington both did so as well.