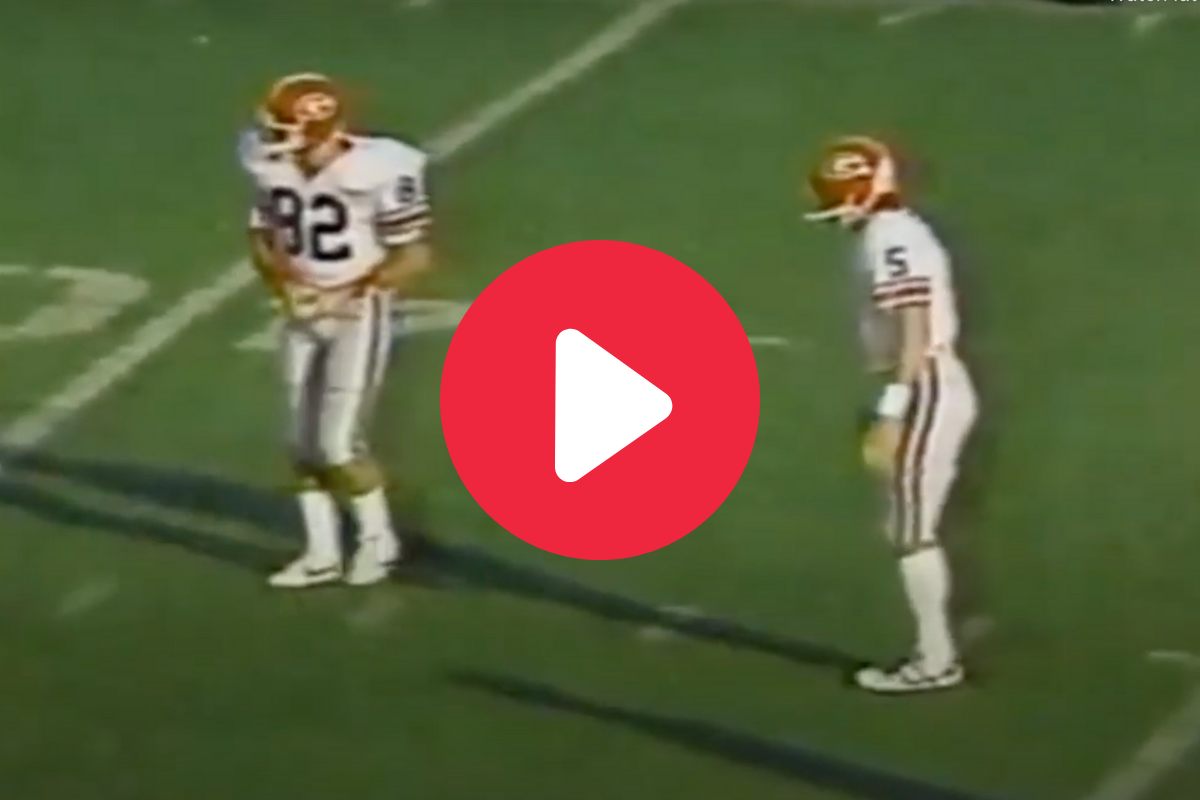 You know when a pitcher is throwing a perfect game so nobody talks to him in the dugout?

That’s every minute of a kicker’s life.

The ole boot needs to be focused in case the game comes down to his leg.

His best friend is the net. The area surrounding it is a no special teams zone. If you venture in there, the kicker will ask you to politely leave. Unless you’re on Odell Beckham Jr.’s team. Then you have to remember that some friendships don’t last forever.

Kevin Butler is the epitome of a great kicker. He sported the single cross-bar face mask that matched his rocket leg.

That leg was a foot away from bringing Georgia football glory.

The year was 1984. Michael Jackson’s Thriller was blasting on the radio and Arnold Schwarzenagger‘s The Terminator was making waves.

The UGA placekicker nailed a 60-yard field goal to lift the Bulldogs over second-ranked Clemson in the second game of the season.

He wanted to up the ante.

The Dawgs were notched at 17-17 against Bobby Bowden’s Florida State Seminoles in the Citrus Bowl.

With barely any time left on the clock, University of Georgia Bulldogs head coach Vince Dooley sent out his star kicker for the game-winning field goal.

The two-time All American walked onto the Orlando, Florida field to mocking laughs.

He lined up for the kick, stuck the ball, and the crowd fell silent. Fans in Athens held their breath.

Butler’s boot looked like it had the distance. It was on line, too. It traveled, and traveled until it landed a foot short of the crossbar.

The 71-yarder may not have been successful, but it showed the power behind the College Football Hall of Fame kicker’s leg. To make fans and opponents take you seriously from that distance is an accomplishment in itself.

The game resulted in a tie. Had the kick gone through, we would be talking about the greatest field goal in college football history.