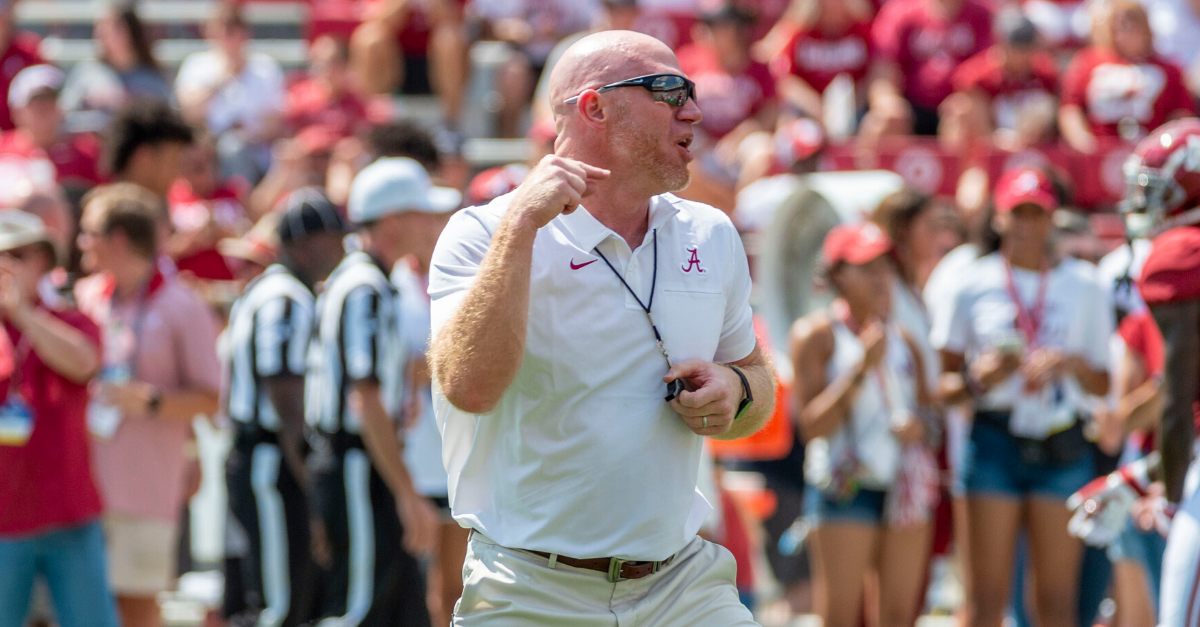 Winning six national championships requires a lot more than one man’s work ethic and tenacity. Yes, Nick Saban’s leadership in rounding up the best football recruits in America makes him great, but Alabama football’s leader didn’t win those national titles all by himself. He’s had transcendent position coaches, and Saban’s also had one of the best strength and conditioning coaches in college football on every single one of his title-winning staffs.

It’s hard to miss Scott Cochran. His booming voice could be heard directing players during pregame warmups and workout sessions in Tuscaloosa for the last 13 years. From his days on Saban’s staff with the LSU Tigers in the early 2000s to his time in Tuscaloosa with the Alabama Crimson Tide, Cochran was an integral part of creating one of the most physically-dominant rosters in college football.

Cochran had long desired to move into an on-field coaching position, according to sources of AL.com, and even reached out to new Ole Miss head coach Lane Kiffin earlier this year about an opportunity with the Rebels.

However, Georgia Bulldogs head coach Kirby Smart, who reportedly tried poaching Cochran for his staff back in 2015, ultimately made the boisterous football coach an offer he couldn’t refuse.

Cochran was hired to be Georgia football’s special teams coordinator in late February 2020.

“We can’t thank him enough for his service and dedication to our program and his commitment to our players,” coach Nick Saban said in a statement. “He is taking his career in a new direction, and we wish Scott, Cissy and the kids the best.”

Cochran spoke for the first time since leaving Alabama, sharing a hype video to his personal Twitter about his “New Mission” in Athens, Georgia.

A graduate of Louisiana State University — he holds a bachelor’s in kinesiology and Master’s in sports management from LSU — Cochran’s a Southeastern Conference lifer, so this move to the University of Georgia isn’t a shocker, albeit well-deserved.

Cochran’s tenure leading the Alabama strength and conditioning program included the famous “Fourth Quarter Program,” which developed one of the most dominant fourth quarter teams in the SEC. He was twice named Samson Strength & Conditioning Coach of the Year.

Outside of his two decades of college football experience, Cochran worked as an assistant strength coach of the NBA’s New Orleans Hornets from 2004-06, training players like Chris Paul, David West, and Tyson Chandler in their early years. Cochran began his career at University Laboratory High School in Baton Rouge, Louisiana.

This is a huge addition for Smart’s coaching staff to bring a championship-caliber guy into the program, and Coach Cochran (as expected) certainly seems fired up for this next chapter of his career.