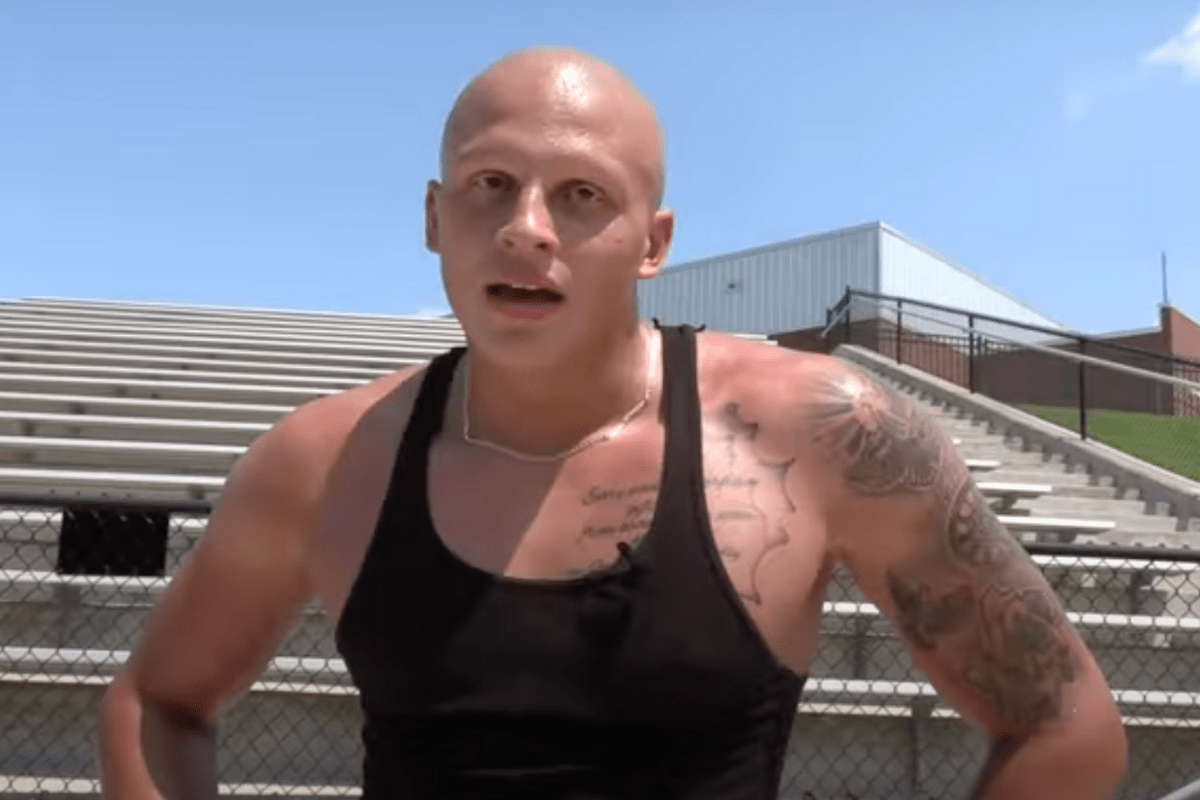 The best college football programs are able to recruit five-star athletes. No one knows this better than Nick Saban and the Alabama Crimson Tide, who consistently reel in the top recruits every year. LSU, too, has welcomed top-flight high school recruits in recent years under head coach Ed Orgeron.

One premium position every SEC team vies for each recruiting class is defensive end. Without a pass rusher like former Texas A&M Aggie Myles Garrett, who was an absolute freak in high school, defenses struggle to disrupt quarterbacks in a league that’s grooming great ones all the time.

The class of 2021 featured a 6-foot-6 prized pass rusher named Landon Jackson. As a four-star defensive end out of Pleasant Grove High School (Texarkana, Texas), Jackson was ranked the No. 8 weak-side defensive end and 18th overall prospect in Texas, according to the 247Sports Composite.

He chose the LSU Tigers despite his dad’s ties to Texas A&M.

Jackson had a crazy frame for a high schooler. He was a 6-foot-6 beast who weighed in at 240 pounds as a teenager, and he used every ounce of his body coming off the edge. Recruiting website 247Sports noted in its evaluation that Jackson boasted an elite frame as a “natural pass-rusher who flashes impressive quickness off the line.”

Unsurprisingly, every NCAA coach in America was hot on Jackson’s trail. He held nearly 30 offers from programs like Alabama, LSU, Ohio State, Texas, Texas A&M, Arkansas, Baylor, Texas Tech, Texas State, Tulsa, Florida State, Notre Dame and Oklahoma among others, though 247Sports listed those first five as the schools he’s most interested in.

On Twitter, Jackson announced his commitment to Ed Orgeron’s team and the defending CFP National Championship LSU Tigers heading into the summer. With still a year left before graduation, Jackson’s intentions were clear: He wanted a ring.

A first-team selection in his Class 4A, Jackson helped lead the Pleasant Grove Hawks to a 15-1 record and state championship in 2019. The MaxPreps Junior All-American racked up over 100 tackles and 16 sacks that season.

Jackson profiles as a future NFL defensive lineman and will provide instant pressure along LSU’s defensive line. He unofficially visited a few programs like the Texas A&M Aggies, Texas Longhorns and LSU Tigers, and despite all signs pointing to Jackson wreaking havoc in the Lone Star State, he ultimately was reeled to Louisiana by Orgeron’s staff.

Jackson comes from an athletic family, too.

Many thought College Station held a special place in Jackson’s heart given that Jackson’s father, Larry Jackson, was 6-foot-11 and played basketball for the Texas A&M Aggies. However, LSU was apparently too attractive to turn down.

Jackson enrolled early in 2021. He joined the roster officially listed at 6-foot-6 and 259 pounds. Hitting campus so early could give him extra time to learn and gain the experience to get snaps in 2021 or 2022.

He told the LSU Odyssey that a Joe Burrow game helped make his decision to choose LSU. After Burrow put on the “Burreaux” jersey in Death Valley, Jackson’s mind was all but made up.

“Huge impact on my decision, too. The fan base was great and I loved everything about it. Also Coach O was the one that offered but I was in contact with Coach Billy Johnson quite a bit and stayed in touch with there GA Coach LaCouture,” he said.

LSU defensive end Landon Jackson has the size and tools to dominate in the SEC. Good luck to opposing quarterbacks who have to face this kid.

This article was originally published January 10, 2020, but has been updated since Jackson’s commitment.