Get Hyped for LSU Football by Watching This: “Whatever It Takes” 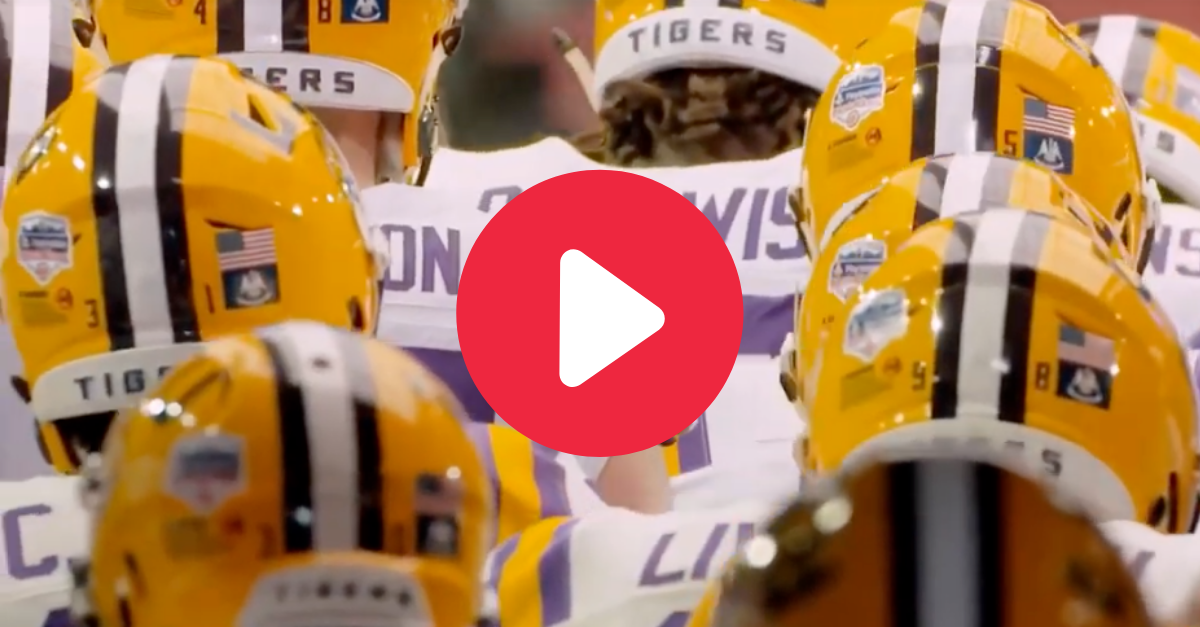 Since then, LSU appeared in, but lost, the 2012 BCS Championship to Alabama and haven’t been back to college football’s mountaintop since. But high-level success, it seems, is on the horizon after last season’s 10-3 finish and Fiesta Bowl victory over UCF.

The LSU Tigers are a legitimate national title contender once again, and the 2019 college football season is going to prove just how far head coach Ed Orgeron’s program has come in his third full season. With massive games against the Texas Longhorns, Florida Gators, Auburn Tigers, Alabama Crimson Tide and Texas A&M Aggies, as well as potential trap games versus the likes of Utah State and Mississippi State, it’s not an easy road for LSU football next season.

For this team to survive, every player, from quarterback Joe Burrow to incoming-freshman kicker Cade York, needs to do “whatever it takes” to get the job done.

With that motto in mind, check out this awesome hype video created by YouTube user Chad Aucoin that’ll have Tiger fans ready to strap on a helmet and run out onto Tiger Stadium in Death Valley yourself.

RELATED: How the No. 18 Jersey Became LSU’s Most Important Tradition

To be honest, you can dub over any collegiate football team’s highlights with Avengers: Endgame quotes, and I’ll probably refer to them all as “the greatest hype video ever.” I don’t care. This one, and this one, and even this one, all give me chills.

College football Saturdays are coming. The SEC is up for grabs, and every team from Georgia to Ole Miss is bowl eligible once again. The stakes are as high as ever, but from day one of the preseason to the College Football Playoff selection show in December, Baton Rouge will be the place to be every Saturday night.

READ MORE: The Halloween Run: It’s Been 60 Years Since an LSU Legend Was Born