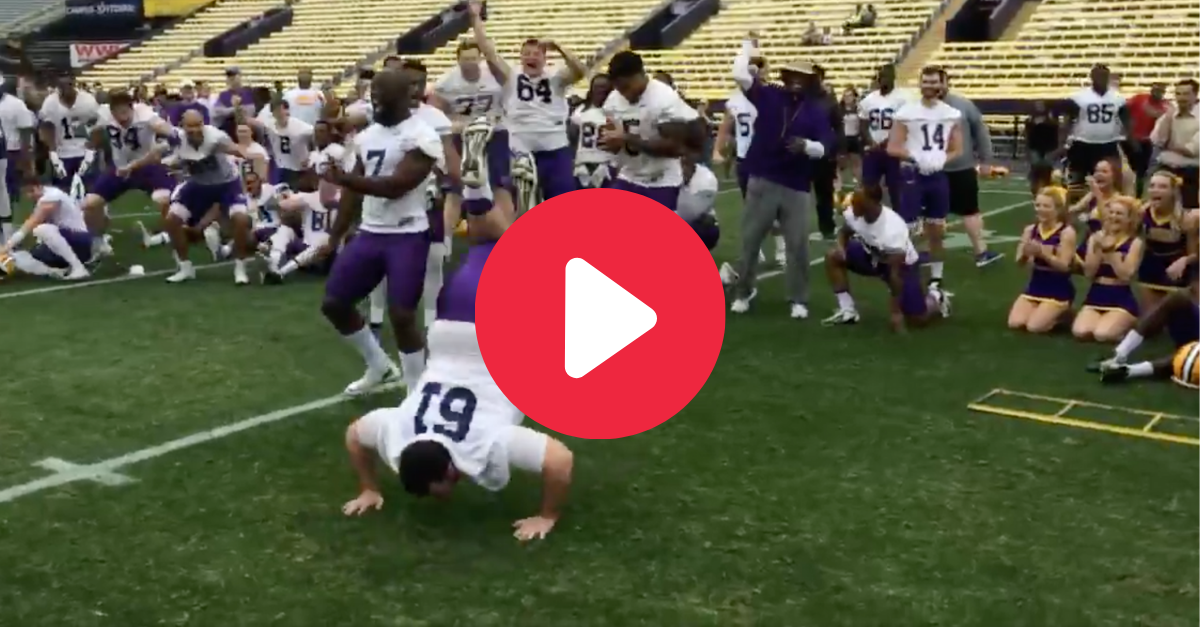 Ahead of LSU‘s Spring Game in 2016, head coach Les Miles set the tone for the day with an offense vs. defense dance-off.

While some of the skill players showed off their dance moves, no one expected this 280-pound offensive lineman to get down and toss a throwback to the 1980s with the worm. Honestly? He killed it.

Holy smokes, Alex Cheramie. LSU’s athletic staff needs to get Dancing With The Stars on the phone. Also, take a look at how much Leonard Fournette enjoyed that bit.

If he ever finds his way to the end zone, we can only hope for something nearly as good. The rest of the dance-off was terrific, too:

This article was originally published on April 18, 2016, but dance moves like this never go out of style.

MORE: Ed Orgeron Singing ?Hold That Tiger? on Voicemails Will Always Be Classic