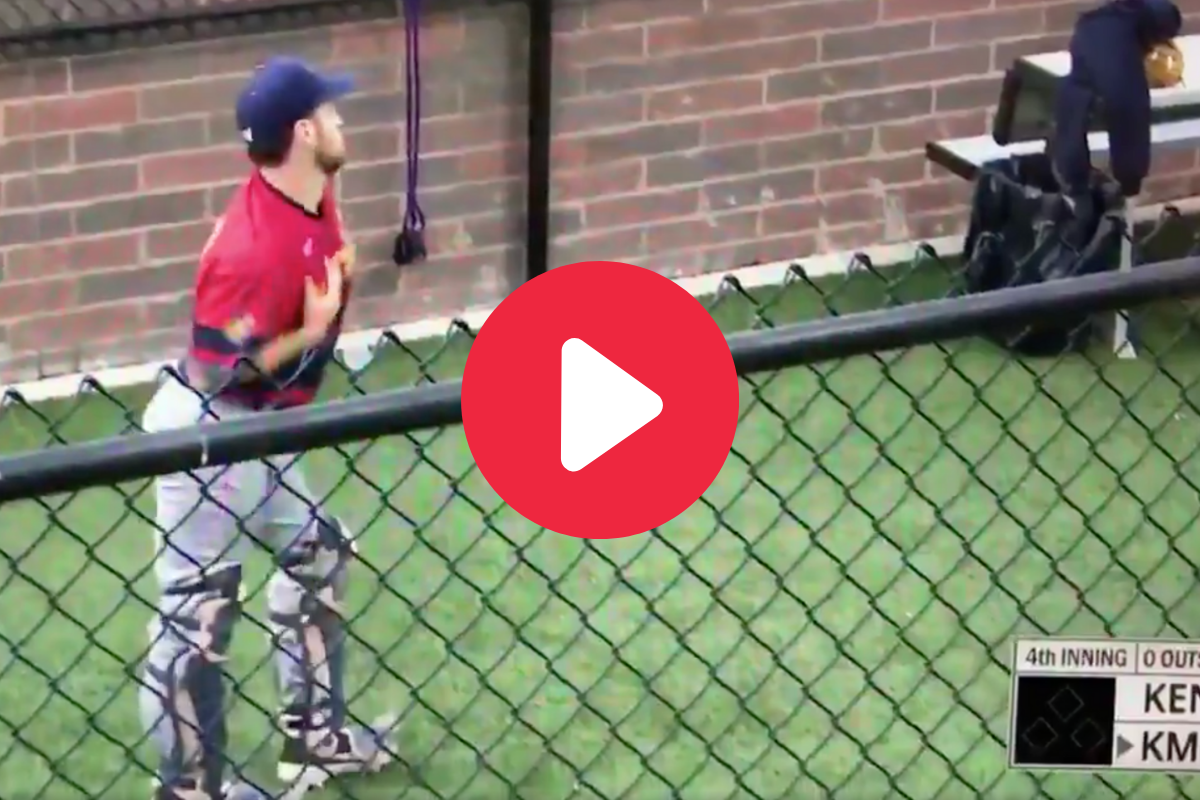 Minor League Baseball games can be ridiculous, and that?s not always a compliment. From the wild promotions to crazy antics and even stadium features, it?s certainly an acquired taste. Summer league games are much of the same. If you like wacky, however, this viral video is definitely for you.

It?s time for everyone to meet (or be re-introduced to) Brian Vance. He was the bullpen catcher for the Kenosha Kingfish in Wisconsin last summer. Playing in the Northwoods League is not the same as the MLB, sure, but it certainly has perks.

One of them is the ability to bust a move whenever you feel like and become famous for it.

The Kenosha Kingfish raced out to a 4-1 lead over Kokomo Jackrabbits in the fourth inning that afternoon. Everything was going well in the summer league game. The Kingfish were in control, thanks to another four-run third inning.

Then, bullpen catcher Brian Vance, a Chicago native and college baseball player at St. Joseph?s in Philadelphia, decided to have a little fun and show off his dance moves.

First, it was ?Watch Me (Whip/Nae Nae)? by Silento. Then, in finale, it was the full dance routine to ?Single Ladies (Put a Ring on It)? by Beyonce. The trending video went viral, with millions of views, and Vance was even featured on WGN News.

?I just kind of feel loose all of the time, kind of a loose, easy-going kind of guy, so whenever the music is on? It?s not the first time I?ve done it. I?ll say that, for sure.?

Vance was a fan-favorite at Kingfish games, which are played about an hour away from Milwaukee. He even got into dance battles fans during the season.

The Kingfish baseball team’s 2020 season was delayed due to the coronavirus pandemic and COVID-19 outbreak. But if the summer league team ever needs a spark for the playoffs, you better believe they can call Vance for some in-game entertainment from the bullpen or even on top of the dugout.