This Texas Lazy River is the Biggest Pool in Pro Sports 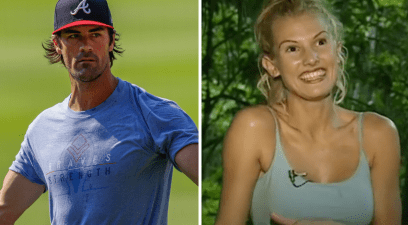 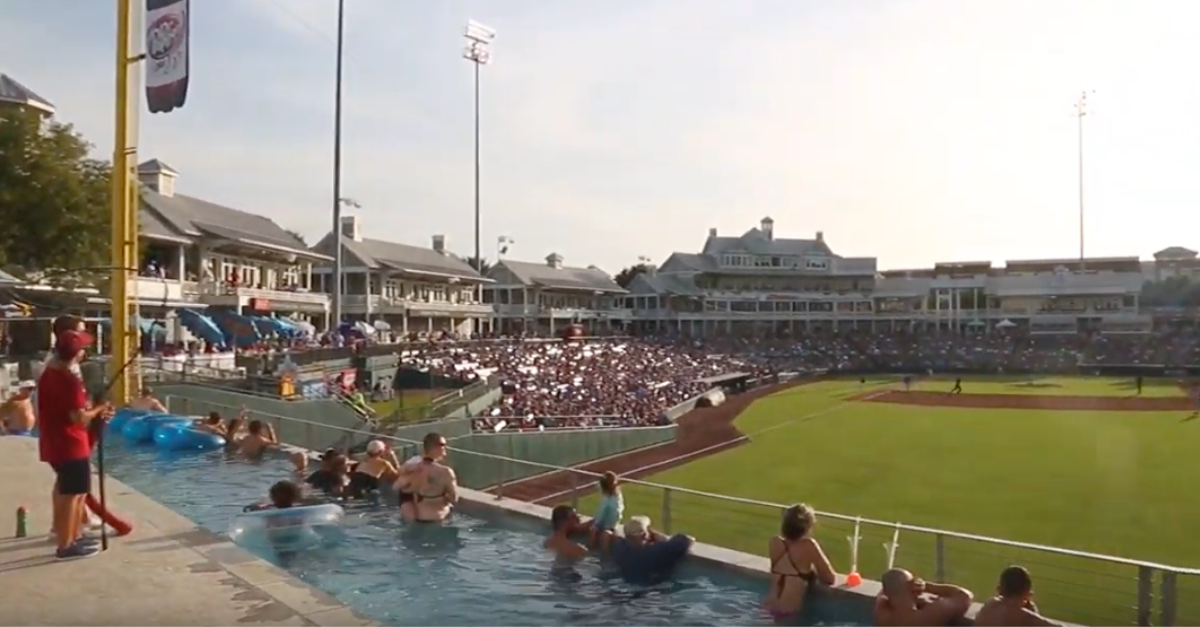 It’s true, everything is bigger and better in Texas. The Lone Star State is home to the most valuable professional sports team, Jerry Jones’ Dallas Cowboys, and some ridiculous high school football stadiums (and high school coaching salaries).

Texas is also where minor league baseball is king. Where else can a fan of America’s Pastime enjoy a first pitch from inside Whataburger Field and chow down on Nolan Ryan’s very own beef while watching the Class AA Corpus Christi Hooks? Head over to Round Rock and you might find yourself climbing a rock wall or bouncing on a bungee trampoline while the Class AAA Round Rock Express play some ball inside Dell Diamond.

If you ask me, though, there’s only one absolute must-see stadium in Texas. It’s not Jerry World or Minute Maid Park, where the Houston Astros blast home runs and an actual train rides on a track beyond left field.

I’m talking about Dr Pepper Ballpark in Frisco, Texas, home of the Frisco RoughRiders Double-A affiliate of the Texas Rangers.

If you plan on making a trip to Frisco, bring your swimsuit and a lazy attitude.

The Lazy River at Dr Pepper Ballpark in Frisco

.@RidersBaseball's Lazy River is (possibly) the most chill place to watch a baseball game! pic.twitter.com/6jSQGxJMO4

It’s every kid’s dream. It’s a great way for parents to unwind after a long workweek. It’s the Choctaw Lazy River, and you’ve got to put this one on your bucket list.

Yes, just beyond the right-field wall sits a 3,000-square-foot lazy river shaped like a figure eight. The beautiful addition to the stadium also features 113 linear feet of waterfalls that face the field and make for a one-of-a-kind fan experience.

How big of a body of water is that? Oh, just eight times larger than the iconic outfield party pool at Arizona Diamondbacks’ Chase Field, according to The Dallas Morning News. It holds more than 68,000 gallons of water at just 3 feet deep, making it the largest pool in professional sports. Plus, it has a current that can put even the most stressed out baseball fan at ease.

There are other bodies of water in professional sports. The MLB’s Tampa Bay Rays boast an awesome sting ray tank (don’t swim in that one) and the NFL’s Jacksonville Jaguars have not one but two pools at TIAA Bank Field. But how many stadiums can say their pool is lazy river?

Dallas Mavericks’ Dirk Nowitzki Was First to Float In It

Not only has Dallas basketball legend Dirk Nowitzki floated in the Choctaw Lazy River, he was the very first fan to do so.

If the 7-footer can fit into one of those inflatable tubes and complete a lap around the river, which measures to about 400 feet, then so can you.

Nowitzki ditched the basketball jersey for his swim trunks after a 2016 Heroes Celebrity Baseball Game practice. Somewhat left speechless, he uttered one word regarding his floatatious time: “Awesome.”

The Lazy River Becomes a Heated River in Winter

We recently had an outing at the Frisco RoughRiders game. We rented out the entire Choctaw Lazy River so residents who purchased tickets had access to unlimited food, beer/wine, drinks, popcorn and the lazy river. We also got to watch the Friday Night Fireworks. pic.twitter.com/czwKWifzGh

This is a very important point: The Choctaw Lazy River turns into a HEATED RIVER when the temperature dips into chilly numbers. That means you can still enjoy the game from the best seat in the house even in 40-degree weather.

The Frisco RoughRiders teamed up with Gold Medal Pools to make this unique water feature possible in 2017, according to Ballpark Digest. Now, the waters remain warm all year round.

Minor league baseball seasons may run through the summer, but Dr Pepper Park begins hosting games in April. Nobody wants to swim in an ice-cold pool.

How Much Did the Lazy River Cost?

Psh, who cares? It’s worth it.

The Choctaw Lazy River was a $1.5 million project and upon completion in 2016 won a Best Ballpark Improvement Award from Ballpark Digest in 2016.

“We wanted a signature visual element that would be a dominant presence no matter where you were,” Chuck Greenberg, CEO and managing partner of the Double A affiliate of the Texas Rangers, told The Dallas Morning News.

NEW DISCOVERY ALERT: "Lazy River" at the #Roughriders baseball game ~ The ONLY way to see a Game! A Total Blast! pic.twitter.com/y61IDLmTrw

Yeah, you read that right.

Can’t make it to the swimming pool party on Sunday? Thursdays are only $25 to access the lazy river and includes $1 domestic beers that you can sip on while floating or in one of the North Texas stadium’s open-air cabanas. That might really be heaven.

Whether you live in the Dallas-Fort Worth area or are planning a country-wide tour of minor league baseball stadiums, Dr Pepper Park in Frisco, Texas, is a must-see and the Olympic pool-sized Choctaw Lazy River is a must-swim.