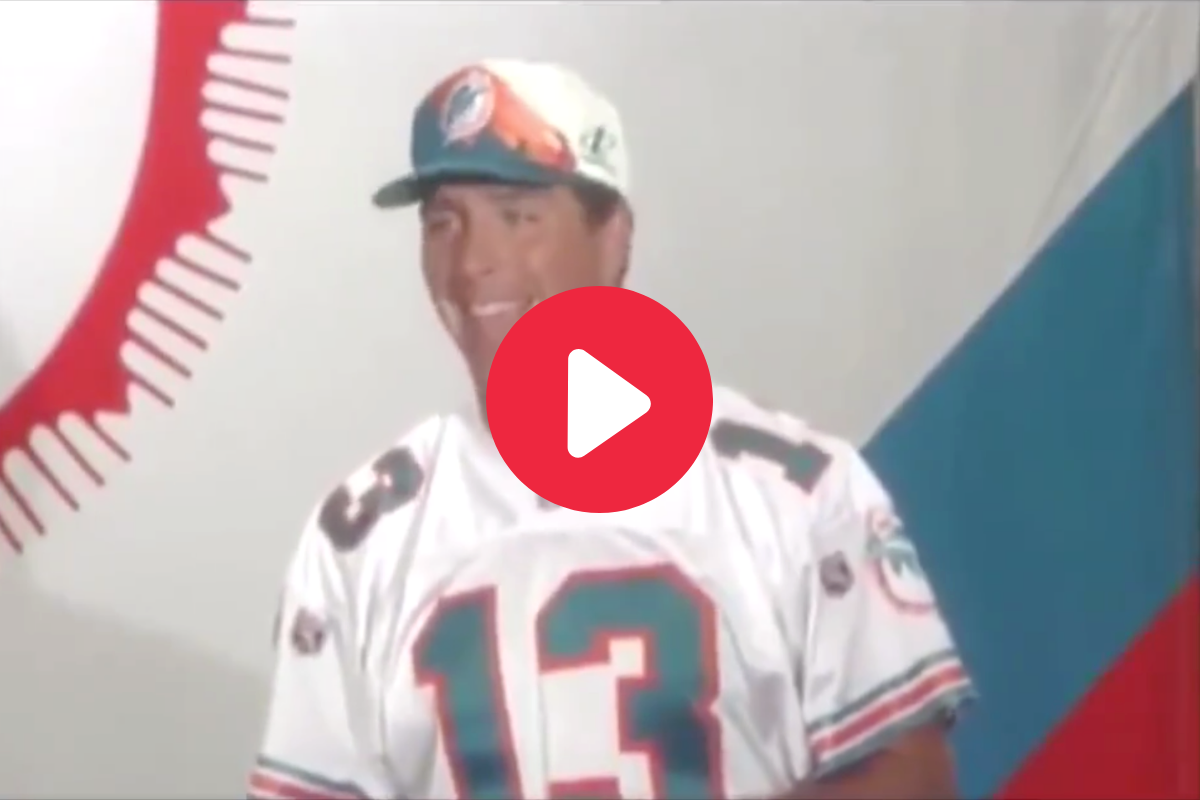 Invoke the name Dan Marino, and you’re going to resurrect every NFL fan from the 1980s who whole-heartedly believes the Miami Dolphins legend is still the greatest passer in league history. At a time when reaching 4,000 passing yards was considered a Hall-of-Fame benchmark, Marino went off for a then-record 5,084 yards in 1984 when he was named NFL MVP. That was only the Pittsburgh, Pennsylvania native’s second year in the league, and he’d go on to break plenty of records before he retired in 1999.

The knock on Marino ? it’s unwarranted, yet still exists ? was his lack of playoff success. Marino carried the Dolphins with Don Shula as head coach but managed just an 8-10 record in the playoffs. Miami reached Super Bowl XIX during his breakout 1984 campaign but ran into the San Francisco 49ers buzzsaw of Joe Montana, Jerry Rice, Ronnie Lott, and coach Bill Walsh, losing 38-16.

25 years ago today, @DanMarino made his comeback after missing the last 11 games of the 1993 season 🔥 pic.twitter.com/EI1mTYCI0V

Marino certainly didn’t fade after his football career ended, either. The former NFL quarterback joined CBS’ pregame show, The NFL Today, as an analyst for nearly a decade, and he worked with HBO’s Inside the NFL. He’s appeared in movies like Ace Ventura: Pet Detective, established The Dan Marino Foundation back in 1992, and starred in television advertisements with Hooters, NutriSystem, Diet Pepsi, Papa John’s and Isotoner.

His greatest commercial moment, though? It never reached the airwaves.

While cutting a promotional advertisement for VISA’s NFL Quarterback Club, and what sounded like an awesome chance to be Marino’s backup quarterback ? the package included tickets to an NFL game, full Dolphins uniform, and meet-and-greet with Marino ? the commercial’s director thought Marino “flubbed” his first take.

After knocking down his second take like a champ, Marino gives another alpha-male answer for the ages before walking off.

Legends never die. Marino falls perfectly into that category as a Hall of Famer, nine-time Pro Bowl selection, record-setting touchdown hurler, and the best commercial cutter of any starting quarterback in NFL history.

As proof, here are some more iconic commercials, courtesy of the Hall-of-Fame quarterback:

MORE: Joe Namath?s Controversial Pantyhose Commercial Was Ahead of Its Time