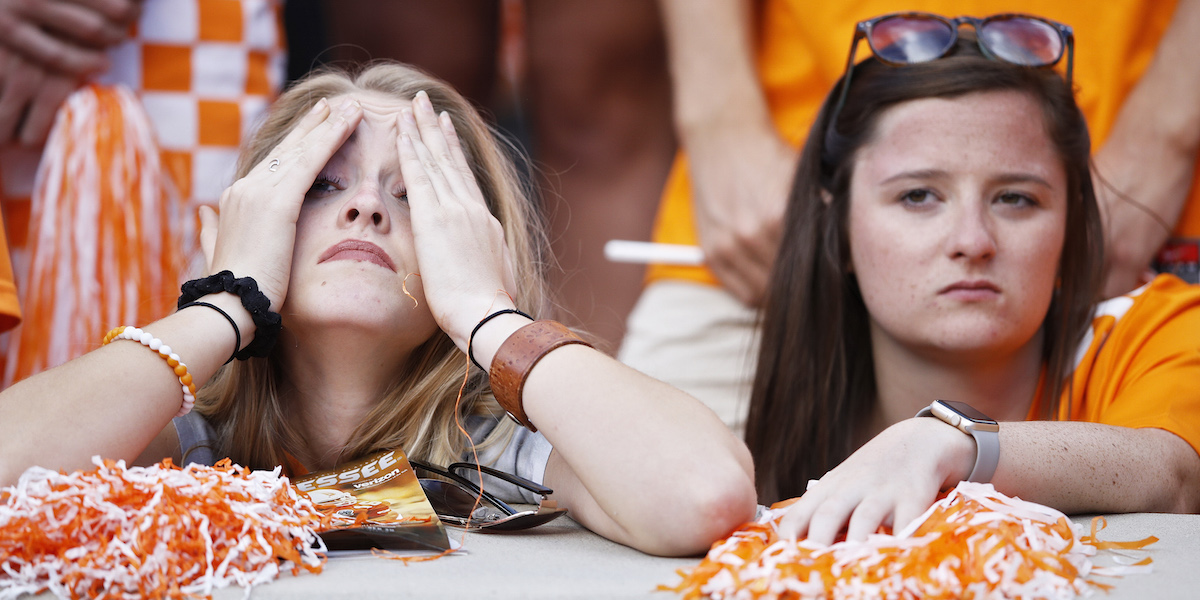 FOX Sports’ Joe Klatt had some harsh words for Tennessee fans during an appearance on The Herd with Colin Cowherd on Wednesday.

Klatt said he hopes “no one takes” the Vols’ coaching job because the fans don’t “deserve anybody,” adding that it has turned into the “worst Power 5 job in America.”

"I hope no one takes that job because that fan base doesn't deserve anybody." — @joelklatt on the Tennessee coaching search pic.twitter.com/4t3mLpD8jG

“Who wants to go there knowing that the first time you lose two or three games you’re going to get that type of mob mentality?” Klatt said. “Look at what they did to Lane Kiffin, I’m not saying Lane Kiffin was smelling like roses coming out of there. Clearly he did some things that were less than stellar, but they had a mob mentality then. Now what happens with this thing? I don’t envy John Currie, the athletic director. I think Greg Schiano dodged a bullet. I think Mike Gundy made a great decision and I think anybody that turns down that job makes a great decision because right now, in my mind, that’s the worst Power 5 job in America. Why? Because your fanbase turned it into that. You got led off the cliff by bloggers and that was not the right thing.”

Tennessee was reportedly “close to hiring” Purdue’s Jeff Brohm on Wednesday, according to WNML?s Jimmy Hyams, but later reports indicate that no deal was ever close to being reached.

Update: Contrary to media reports, there is no imminent deal between Tennessee and Jeff Brohm, sources tell Yahoo Sports. https://t.co/A4UdSMqWfy

Brohm is among several coaches to turn down the Vols, including Oklahoma State’s Mike Gundy, who reportedly met with UT officials on Tuesday before deciding to stay at his alma mater.

On Sunday, Tennessee reportedly reached a memorandum of understanding with Ohio State coach Greg Schiano, which led to protests on social media and UT’s campus by Vol fans, leading to a breach in the agreement.