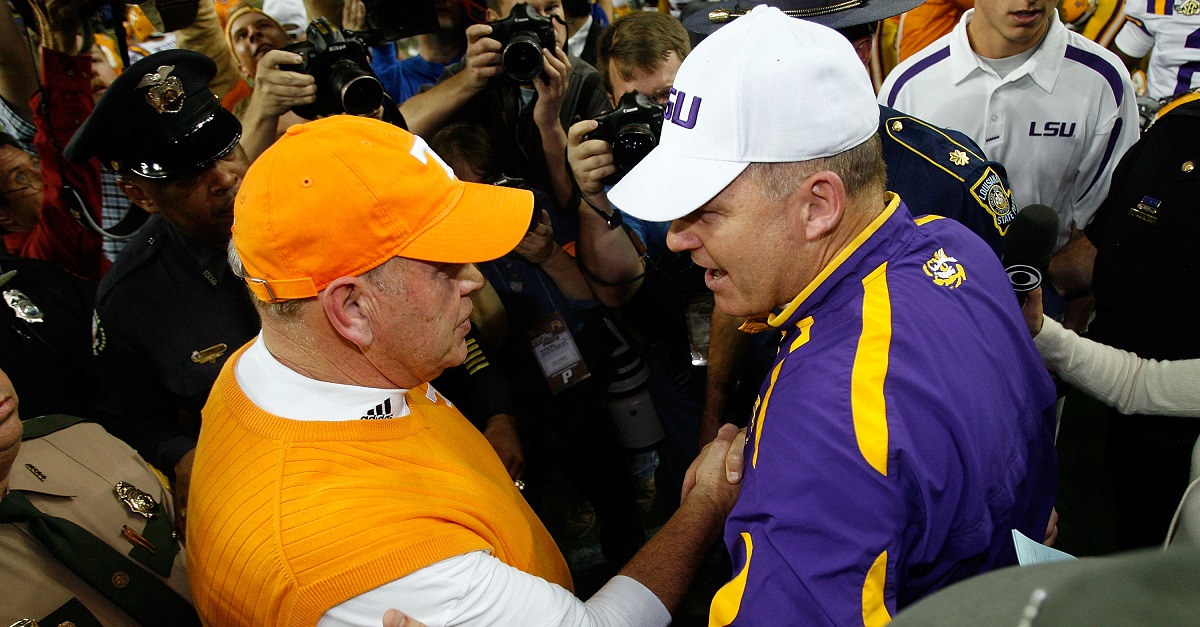 Former Tennessee coach Phillip Fulmer is expected to be introduced as the university’s next athletic director during Tennessee chancellor Beverly Davenport’s press conference on Friday afternoon, according to multiple reports.

While UT considered Reid Sigmon for interim AD job to replace the fired John Currie, Phillip Fulmer will be named the athletic director at the 4 pm presser, but don't know if full time or interim. With Fulmer at the helm, don't be surprised if pool of candidates opens up.

Confirming @wvlt excellent work, multiple people connected to UT say that Currie is out. Fulmer will assume the reins moving forward. Has been unfolding that way for past 48 hours.

SEC Network analyst and Tennessee alum Paul Finebaum confirmed the reports shortly after and noted that it hasn’t been decided whether the former coach would take over on an interim basis throughout the remainder of the coaching search or be named as the permanent AD.

It's still being finalized whether he will take on the AD role on an interim basis though the remainder of the coach search or be named the permanent AD.

Former athletic director John Currie was fired on Friday morning after just eight months on the job as initially reported by WVLT in Knoxville.

Earlier this week, Sports Illustrated?s Bruce Feldman reported boosters were attempting to drive Currie out of Knoxville after multiple reports claimed the Tennessee was ?finalizing a deal? with Ohio State defensive coordinator Greg Schiano, which resulted in protests by fans through social media and on UT?s campus.

It?s worth noting that Currie had previously worked in Tennessee?s athletic department and was instrumental in Fulmer?s forced resignation in 2008.