Opinion: Tennessee fans deserve better than past decade of mediocrity 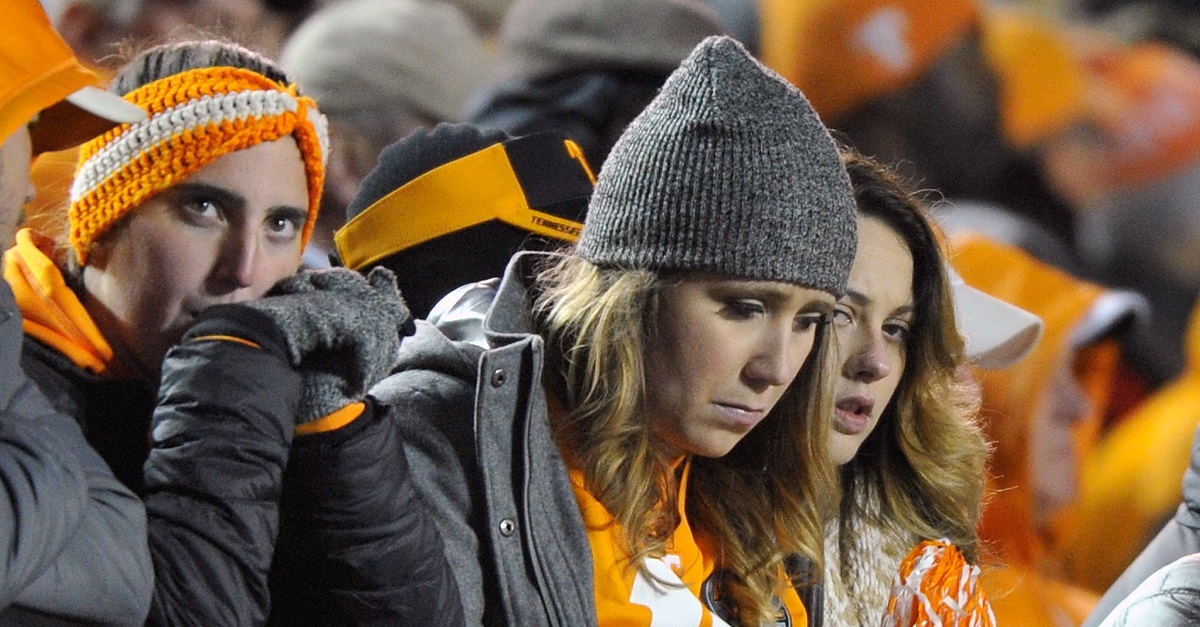 We thought we had everything figured out.

After nearly five full seasons of catchphrases and falling short of expectations, Vol fans were finally done with Jones earlier this month. Tennessee was given a fresh start and another chance at rebuilding its once proud program.

If you haven’t heard by now, Tennessee fans protested after the program reportedly reached a memorandum with Ohio State defensive coordinator Greg Schiano.

Many of the Volunteer faithful were outraged with the potential Schiano hire, a former defensive assistant at Penn State from 1990-95, who allegedly knew of Sandusky?s sexual abuse and turned a blind eye according to testimony from former Penn State assistant Mike McQueary that was unsealed in 2016 by a Philadelphia court.

The protesters have received mixed reviews from outsiders. Some credited their cause, believing that putting morality over football was the right thing to do. Others complained that the protest was strictly based on the fans’ displeasure of the hire from a football standpoint, while also claiming that the outcry unfairly damaged Schiano’s reputation.

I’m not here to argue the merits of the protest, rather shed some light on why Tennessee fans did it in the first place.

Vol fans expect more from their program, despite having been stuck in rebuilding mode for more than a decade. When I moved down to Tennessee and planned on attending UT, I looked at the Vol football program for what it was, one of the most successful in SEC history, rather than what it had become.

Even then, Tennessee managed to win the SEC East in 2007, despite having finished with a lower ranking than Georgia and Florida in the final regular season BCS poll.

The following season, legendary head coach Phillip Fulmer, an alum and former national champion, guided the Vols to a disappointing 5-7 (3-5 SEC) record, leading to his resignation prior to the end of the season. He was replaced by Lane Kiffin, a former head coach of the Oakland Raiders whose previous college coaching experience included a stint as an offensive coordinator with USC during its national championship run.

Many of us were optimistic about a young, brash coach taking over. However, the dream lasted one season as Kiffin opted to return to USC the following year.

Tennessee scrambled to hire a replacement prior to National Signing Day in 2010 and settled on Derek Dooley, a coach who had previously guided Louisiana Tech to a losing record and was clearly in over his head at UT.

Dooley finished with a 15-21 (4-19 SEC) overall record that resulted in missing the postseason during each of his final two years, as well as snapping a 26-game annual winning streak over Kentucky.

That was followed by Jones who, despite finishing his career with a winning overall record, was arguably just as bad as his predecessor, guiding the Vols to their worst season in program history during his final year and providing the program with numerous cheesy cliches.

But the past month brought optimism as Tennessee finally had earned enough revenue to hire a big name coach to fill its vacancy. First-year athletic director John Currie promised his search would be centered around coaches with “integrity” and that he didn’t plan on hiring a search firm — which led many to believe he already had his ideal choice lined up.

Instead, he attempted to hire Schiano who — even without the Penn State scandal — had numerous red flags for his conduct both on and off the field during his tenures at Rutgers and with the Tampa Bay Buccaneers.

But that shouldn’t surprise anyone. Tennessee’s athletic department has done little to prove to its fans that it cares about winning over the past decade.

Currie is no different than his predecessors Mike Hamilton and Dave Hart, who made numerous bad hires during their combined tenures. Through this coaching search, he’s managed to bring in candidates like Schiano, SMU’s Chad Morris and NC State’s Dave Doeren — a coach reportedly mulling an offer from the Vols — who are not only bargain-priced hires, but have the same 9-win ceiling as Jones, a coach that was fired less than a month ago.

Many also believe that Tennessee’s decisions are based heavily on those made by Pilot/Flying J CEO and Cleveland Browns owner Jimmy Haslam, whose family has donated record amounts to the university over the years.

That’s who the Vols allegedly have calling the shots. The owner of the worst franchise in professional sports who is also facing a federal indictment on fraud charges.

It’s been noted that both Haslam and Currie had previous strong ties to Schiano, who was rumored to have interviewed for the Browns’ coaching position in 2014.

Once again, Tennessee fans were told to accept several more years of mediocrity with a coach that had the potential to be an embarrassment both on and off the field given his past.

The fan revolt forced Currie’s hand and Schiano’s deal was rescinded before it could ever become official. The Volunteer faithful had finally stood up to a program that had made its beloved team a shell of its once proud self.

Maybe media members don’t understand the passion of Tennessee fans, and SEC fans in general. But I’ll try to paint a clearer image. SEC football really does “mean more” to students, alumni and residents of the states and schools in the Southeast.

For some, it’s all they have. For others, it’s about bragging rights with rivals. There’s really no specific reason that SEC football creates such a passion among its fanbases that — in many instances — tends to go too far at times.

But Tennessee fans shouldn’t be content with mediocrity. The Vols are historically the second winningest program in conference history.

That’s not a program that should ever go winless in conference play. That’s not one that should settle for coaches like Dooley, Jones or Schiano.

Vol fans have gone through years of a downward slide and have been handed one bad coach after another. Even still, Neyland Stadium remains one of the most attended sporting venues in the United States and fans are willing to sing “Rocky Top” through a monsoon while getting dominated by LSU.

That’s not a fan base that “doesn’t deserve a coach,” as stated by FOX Sports‘ Joel Klatt on Wednesday, nor should be painted with a broad stroke of “Bubba from Pigeon Forge,” or “delusional loudmouths,” as noted by CBS Sports’ Dennis Dodd and Yahoo’s Pat Forde, respectively.

There are plenty of good, caring people within the Tennessee fanbase. They should not be painted as villains for caring enough about their football team to voice their opinions and revolt against what is clearly an irresponsible hire on multiple levels.

I’m tired of the national media making our fans and students look like a bunch of “dumb hillbillies” and “rednecks” because they had enough sense to protest a hire that was questionable at best.

Tennessee should be above hiring the likes of Schiano or Doeren regardless of its record. The public perception of UT football was ruined long before fans tweeted and marched outside Neyland Stadium.

It was spoiled by years of negligence from its boosters and an athletic department who — despite what critics want to argue — does not know more than its fan base.

This idea that Tennessee can’t find a coach because of Sunday’s incident is ridiculous, especially considering a former national champion quarterback like Tee Martin, who is on pace to take on a head coaching job in the coming years, is reportedly begging to be considered for his alma mater.

Sure, many are skeptical about whether Martin is ready for a bigger job at a major program, but at this point, what do you have to lose?

Martin is one of the most beloved players in program history and his potential outweighs that of Schiano, Morris, Doeren or any other bargain coach with a mediocre resumé in other conferences. That’s someone who Vol fans could rally behind in dire times, not resent for being another speed bump in the road to restoration.

Instead, the former quarterback may not even receive a call and UT’s athletic department will attempt to hire someone that will lead to more fan displeasure.

It’s gotten to the point where Tennessee fans have begged the department to reconsider Kiffin, who  made the fanbase look like a scorned ex during his departure. The once most hated man in the Volunteer State has become someone fans have begged to be in consideration for the job.

But like Martin, UT’s athletic department will likely refuse to give him a look.

There’s no way you can tell me Kiffin doesn’t at least provide the program with a much-needed jolt, especially more so than Schiano, Morris or Doeren would.

But no, by the time this is read, Currie may have likely snuck in the former NC State coach overnight, leading fans to revolt even more and face more scrutiny from the national media and other fan bases because they expressed their displeasure.

Tennessee fans don’t deserve more years of heartbreak. We’ve been through enough over the years and are hungry for a turnaround.

But that won’t happen if we continue to accept a negligent athletic department and several more years of “Google coaches” that we’ve never heard of previously.