Texas A&M fans aren't used to worrying about their starting quarterback in recent years. The most important position on the field was held by Kellen Mond, and it was his until he left College Station. After Mond was selected in the third round of the NFL Draft by the Minnesota Vikings, the spot under center was back up for grabs.

Zach Calzada got the job first, but following the departure of Bo Nix from Auburn, Calzada entered the transfer portal and took over as the Tigers signal-caller. Once again, the Aggies QB job was available. And now, after a competitive preseason camp, Haynes King has been named the starter, as the Aggies take the field in 2022. 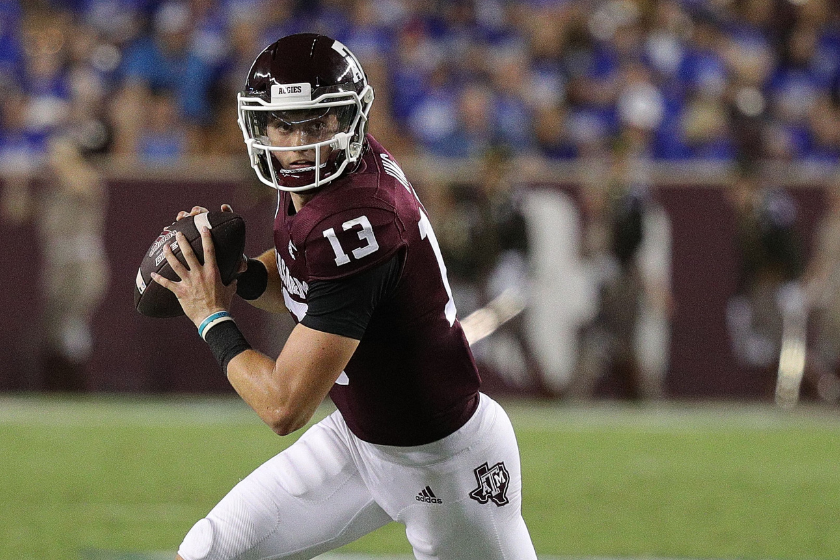 King was the nation's top uncommitted quarterback when he made up his mind to head to play for the Texas A&M Aggies in 2020. The future of the Aggies' program falls on a kid who 247Sports' Charles Power called "one of the best high school quarterbacks from Texas since [Kyler] Murray." Let's just hope King's TAMU career is different than Murray's.

King was ranked as ESPN's No. 3 dual-threat quarterback in the 2020 recruiting class. The unanimous four-star recruit was 247Sports' No. 5 prospect and 19th-best overall player in the state of Texas.

King passed on offers from Auburn, Arkansas, LSU, Miami, Ole Miss, Oregon, Tennessee and TCU, among many others to touch down in Aggieland.

All Haynes King did as the Longview QB in 2018, where actor Matthew McConaughey also attended high school, was lead the Lobos to the school's first Texas state championship in 81 years. On top of that, the Class 6A First-Team All-State selection completely blew his competition out of the water on the stat sheet.

King racked up over 4,500 yards of total offense, threw 42 touchdown passes, ran for eight more, and only tossed four interceptions as a junior. He threw for another 1,996 yards and 20 more touchdowns as a senior.

Not only is he athletically gifted, King is deadly accurate, especially downfield.

One of the Elite 11's most outstanding players finished an undefeated season in 2018 with a 69.2 completion percentage and a mind-bending 21.1 yards per completion.

King Is The Son Of An All-American

King is a coach's son. His dad, John, was a college football All-American offensive lineman in 1990 who is now the head coach at Longview. The elder King is a member of the Northwestern State Hall of Fame, and there's no reason his son couldn't merit those same credentials before he's finished.

King was the only other quarterback to see action other than Calzada last season, which is why he's the favorite to take over Jimbo Fisher's offense.

King threw for 17 yards and rushed for 43 against Alabama. He saw the field again against South Carolina. The dual-threat QB also took a majority of the snaps at the 2021 Maroon & White Game, throwing for 211 yards and a touchdown.

The redshirt freshman hasn't had a chance to fully let loose, but his dynamic playmaking abilities will surely have the Texas A&M football team primed for a run at the College Football Playoff.

This post was originally published on July 18, 2019, but has been updated throughout King's college football career.