Rueben Owens' recruiting journey has been anything but quiet.

The 5-foot-11, 190-pound running back out of El Campo, Texas first pledged his services to the Texas Longhorns after his sophomore season. Then, after playing his junior season as a free agent, he committed to the Louisville Cardinals. His commitment to the ACC program hit its head when head coach Scott Satterfield left to take the Cincinnati job and Purdue coach Jeff Brohm was hired to replace him.

His second free agency wasn't as long as his first, however. On the same day he rescinded his commitment from Louisville, Owens flipped to Texas A&M. The five-star running back's recruitment has meandered, but he wouldn't have it any other way.

"This has been a journey, but it is MY journey," Owens said in an Instagram post announcing his commitment to the Aggies. "God has Blessed me with a gift and I am Thankful. Nobody truly knows what this process is like unless you have been through it.

"This is a business as we all can see," he continued. "People root for you when you go to a school they want you to then flip on you when you decide different. For the recruits in the future: Don't let anyone get in your head or change who you are. Do what is best for you and your family. Do your own research and stay true to yourself."

Reuben Owens: The No. 1 Running Back in the Country

I had to double check Owens' height when watching his highlight tape. He's 5-foot-11, but he runs tall, like 6-foot-3 Derrick Henry. While Henry runs more like a bulldozer, though, Owens runs like a gazelle.

The five-star is incredibly smooth in open space. To get there, he'll make a move -- leaving the second line of the defense in the dust -- then it's off to the races. The main question I have is how he'll be able to run between the tackles in the SEC. I mean, he didn't have to much at El Campo High School seeing as he averaged an absurd 11.6 yards per carry as a sophomore and junior.

Owens didn't get much receiving work in high school. But he reportedly had plenty of pass catching practice in 7-on-7 workouts, according to 247Sports. He also can improve on picking up the blitz. These shouldn't be big concerns. These skills can be developed more at the college level.

All in all, Owens has the potential to be one of the most dangerous weapons in college football.

What Does Owens Bring to Texas A&M? 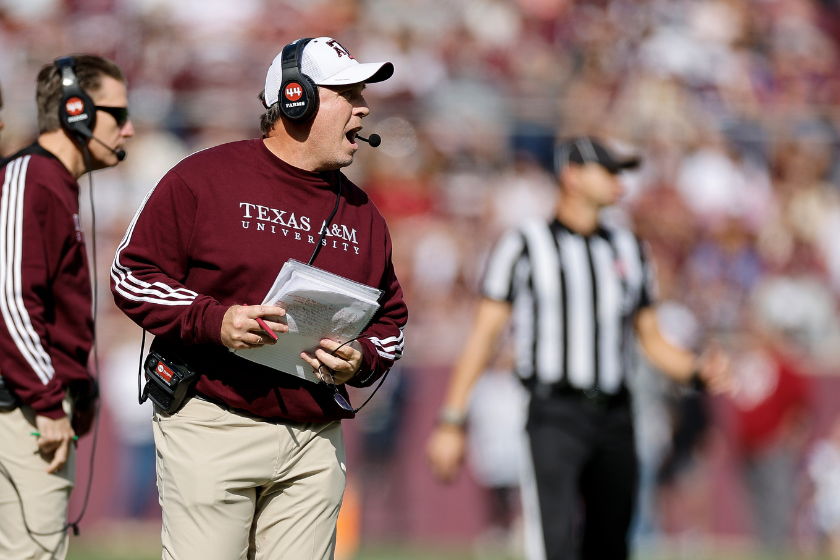 Devon Achane is off to the NFL, so Texas A&M's RB1 spot is up for grabs. Amari Daniels will presumably take over, but former four-star recruit Le'Veon Moss is also in the mix.

Jimbo Fisher has a knack for keeping freshman sidelined, unless he has a talent like Evan Stewart. Sitting Conner Weigman for as long as he did contributed to the offense's lack of success this year, too. Maybe Jimbo has learned his lesson.

Owens could find himself in a similar role to what Daniels had this year -- a change of pace back who gives the offense a different look. He has playmaking ability that will make it hard to keep him off the field.

Flipping Owens is the latest example of Fisher killing it on the recruiting trail. The only thing is his top-tier recruiting classes haven't translated to on-field success. Granted, his 2021 and 2022 classes -- ranked ninth and first, respectively -- were underclassmen this past year. If they don't make some noise soon, Fisher's crazy $77 million buyout next season might actually be on the table.

So far, 22 Texas A&M players have entered the transfer portal -- including quarterback Haynes King and running back LJ Johnson. Owens should bring some much needed firepower to the offense.