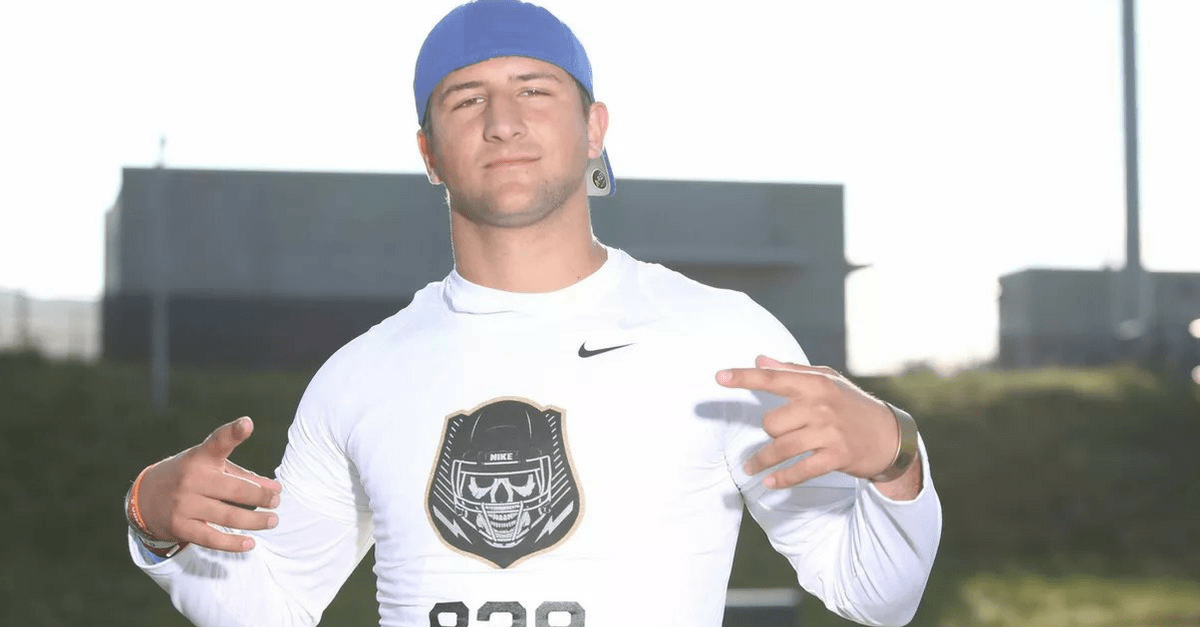 When Santino Marchiol transferred out of the Texas A&M Aggies football program, he sought immediate eligibility from the NCAA. In doing so, his waiver request led to him making accusations that Jimbo Fisher‘s staff was mistreating players, breaking NCAA rules and mishandled Marchiol’s ankle injury.

After following Kevin Sumlin, who recruited Marchiol at Texas A&M, to the University of Arizona, it turns out that Marchiol was found to be guilty of something all on his own: racism.

An IMG Academy product hailing from Englewood, Colorado, Marchiol was rated as the No. 17 inside linebacker in the nation when he committed to play for Texas A&M last season.

After requesting the opportunity to play immediately by the NCAA, Marchiol’s list of accusations clouded the Texas A&M program for a few days, but players rallied around new head coach Jimbo Fisher and ultimately squashed any doubt that his program is a bad influence on its student-athletes.

Last week, a video uploaded to Marchiol’s Hudl page showed a man, whose voice is believed to be Marchiol, sitting and watching film with an unidentified woman. The video has since been deleted from that platform, as well as from YouTube.

The following exchange takes place in the video:

Man: “Yeah, one of those monkeys.”

Woman:?Oh my god, you got him again on the next one.?

While it’s unclear visually in the video who is speaking, the player making the tackle who “got him again” was No. 32, Santino Marchiol.

Later, the video pauses on a player, and the woman asks if “K.C.” is a safety.

The man’s voice replies, “They call him the monkey safety.”

Number 14 on Texas A&M’s roster is Keldrick Carper, who is black.

Arizona head coach Kevin Sumlin announced this morning that Marchiol was informed he’s “no longer on the team.”

Kevin Sumlin announces that linebacker Santino Marchiol is no longer with Arizona. pic.twitter.com/GEbCPpaBx6

A University of Arizona spokesman said that the university is looking into the situation as well.

If you’re going to accuse a program of serious NCAA violations, after you turned your back and ran for another team, you better make sure you have a clean record behind you, too.

Marchiol put himself under the microscope, and the sins of his past have come back to bite him.