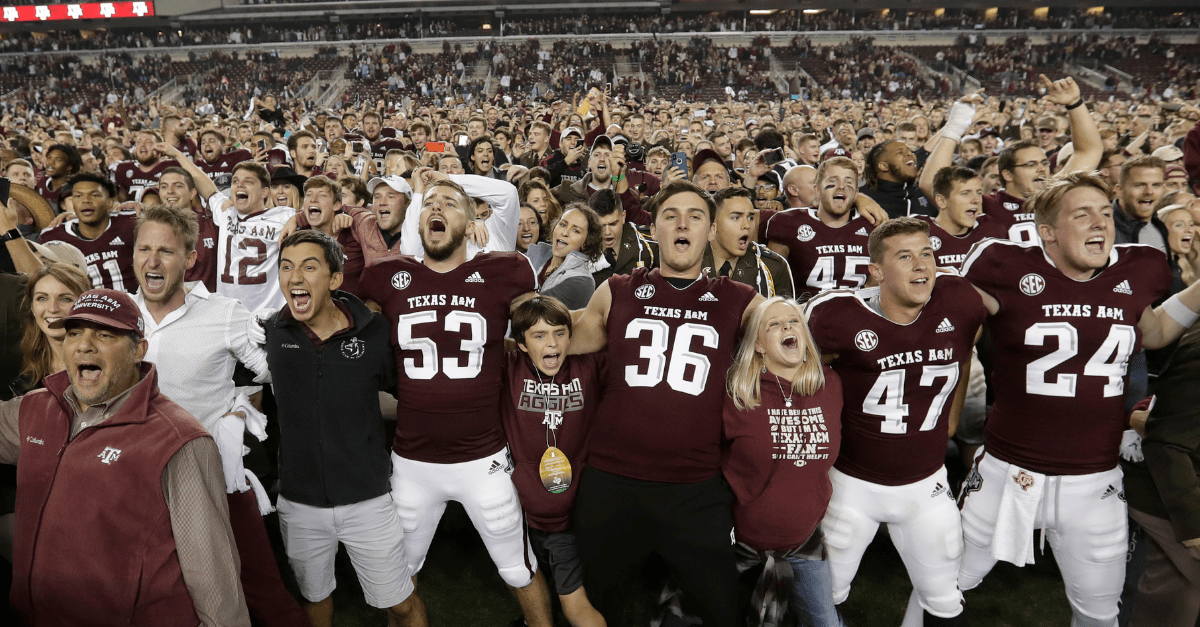 Texas A&M Aggies head coach Jimbo Fisher is heading back to Florida for another football game as the No. 19 Aggies will face the NC State Wolfpack in the TaxSlayer Gator Bowl on Dec. 31 at 7:30 p.m. ET at TIAA Bank Field in Jacksonville, Florida.

Although this is not the most ideal matchup according to their respective poll rankings, and both teams deserve to be where they are, the Aggies have much more at stake than a trophy and a $3.2 million payday coming back to College Station if they win on New Year’s Eve.

"We're very excited to be going to Florida, Jacksonville and the Gator Bowl."

This is the perfect matchup for the Aggies. NC State (9-3) only won one more game than Texas A&M (8-4) this season. NC State?s offensive line, known as the “Band of Brothers,” is one of the best offensive units in the country, and they are led by running back Reggie Gallaspy, who has rushed for 1,012 yards and 18 touchdowns this season. The Aggies have a dominant rush defense that can neutralize Gallaspy, especially since NC State will be without one of its key weapons in the passing game.

Junior wide receiver Kelvin Harmon announced Monday that he?ll enter the NFL draft. Harmon caught 177 passes for 2,665 yards in his college football career, and his 1,186 yards receiving during the regular season marked the fourth-best single season total in North Carolina State history. They will be relying a little more on the run as a result, and the Aggies will certainly be ready for it. The Aggies also have All-SEC running back Trayveon Williams, who is going to be a problem for the Wolfpack.

What?s at Stake for Texas A&M?

1. SEC’s Reputation Against the ACC: Every bowl game season, the SEC teams are not representing only their university, but the entire Southeastern Conference. The general consensus is that the SEC is the best conference in college football, so each SEC bowl loss is an indictment on how overrated the SEC is according to haters around the country.

2. Jimbo?s Success in Year One: What better way to cap his first season as the Aggies head coach than going back to Florida and winning a bowl game against a team he’s beaten five times before? Fisher was 5-3 against NC State during his time at Florida State, so he knows what to expect from a familiar foe.

The Wolfpack has, of course, faced aTm coach Jimbo Fisher. Fisher went 5-3 with FSU vs. the Wolfs

3. Kellen Mond’s Job in 2019: Kellen Mond has had a decent season, and the 7OT game against LSU was historical, even though it was slightly marred by the officials. If Mond can go out and play well while winning this game, he will quiet the undercurrent chants for his replacement and solidify himself as the undisputed leader going into next season.

Hopefully, the Aggies can go out on top and cap off a promising future in the Jimbo Fisher era with their first nine-win season since 2013.