The Betting Line for Texas A&M vs. LSU Makes Absolutely No Sense 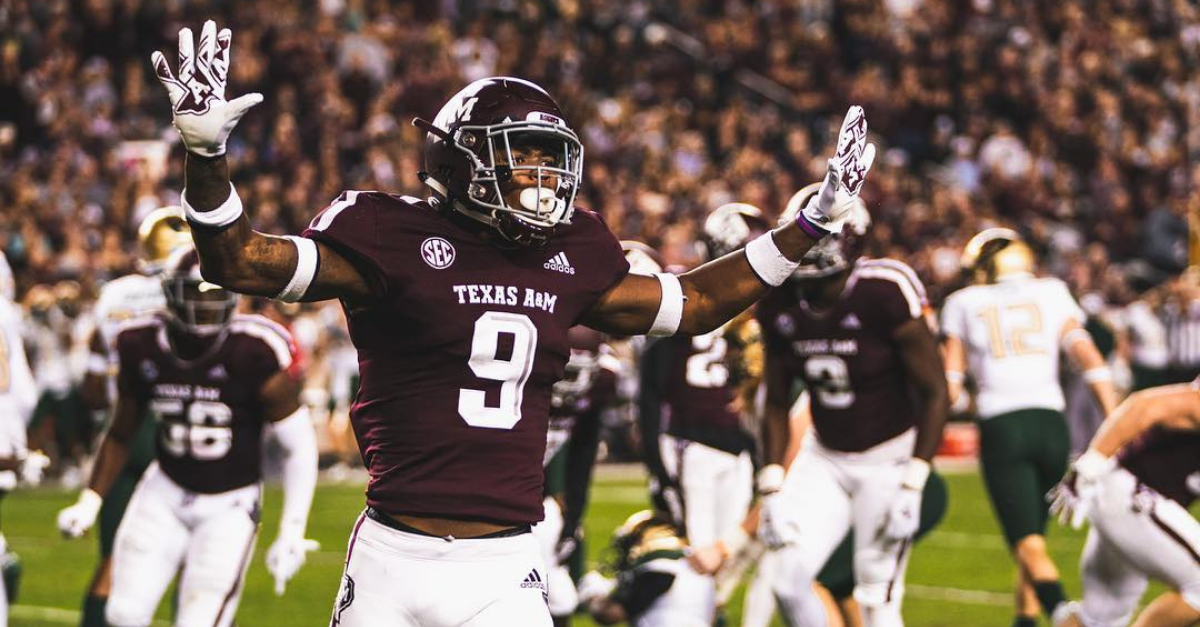 With all the firepower at the top of the Southeastern Conference, it?s a shame that the Alabama Crimson Tide is the only team likely to reach the College Football Playoff this year. SEC teams like LSU and Georgia could win a championship this year in another conferences, but sadly Alabama will likely take those honors once again.

However, being currently ranked in the top-10 in the AP Poll, albeit a long-shot, the Tigers still have a chance to make the college playoffs. The irony is that VegasInsider.com has the Texas A&M Aggies (7-4, 4-3 SEC) are somehow one-point favorites over the eighth-ranked LSU Tigers (9-2, 5-2 SEC). Given the performance by these two teams in 2018, nothing about this makes any sense.

"It we beat that LSU team, that would be a great direction for the new way this program is moving."

Texas A&M will face Louisiana State University on Saturday in College Station at Kyle Field in a nationally televised game. Both teams have exceeded expectations to a certain degree this season, but the Tigers still have a lot more to play for at this point.

Nobody gave us a chance in August…
Now we're fighting for 10 wins and even more. pic.twitter.com/3HQzvCDApz

Perhaps someone is trying to pull a Gallup Poll rope-a-dope like the 2016 Presidential election, or maybe they are just trying to build more excitement for the game, but there?s no way the Aggies should be the favorites to win this one for three big reasons.

First reason to give cause for pause, it that the Aggies are 0-6 against LSU since joining the SEC. Yes, that means that they have never beat them at home or one the road, and the Aggies have not beaten LSU since 1995. In the six games since joining the SEC back in 2012, Texas A&M has lost those games by a total of 86 points, or about 14 points per loss. It’ll be a defensive struggle this season, but history doesn’t favor an under-matched Aggies side.

They both beat Arkansas by the same score of 24-17. However, head coach Ed Orgeron’s Tigers have dominated a few teams in the SEC that the Aggies have already lost to — Mississippi State hung 28 points on the Aggies, while LSU held them to only three points. LSU also beat Auburn, who shut the Aggies down in the second half of their game while mounting a dramatic comeback. The Tigers also beat Ole Miss more competitively than the Aggies as well.

Head-to-head, their running games cancel each other out, but the difference maker comes on defense. Texas A&M has a good defense against the run, but their secondary is banged up heading into this game. This is where LSU?s offense should have an edge with quarterback Joe Burrow throwing the football. Also, the Tigers have a better overall defense, and they certainly have a better secondary.

There is no need to give LSU any added motivation for this game and making them the underdogs isn?t doing the Aggies any favors. Some may be calling this game a measurement game for Aggie Head Coach Jimbo Fisher?s success, but it sounds more like the kids in the school yard instigating the bully.