Texas A&M Women Put The Men to Shame. It’s Time You Learned Why 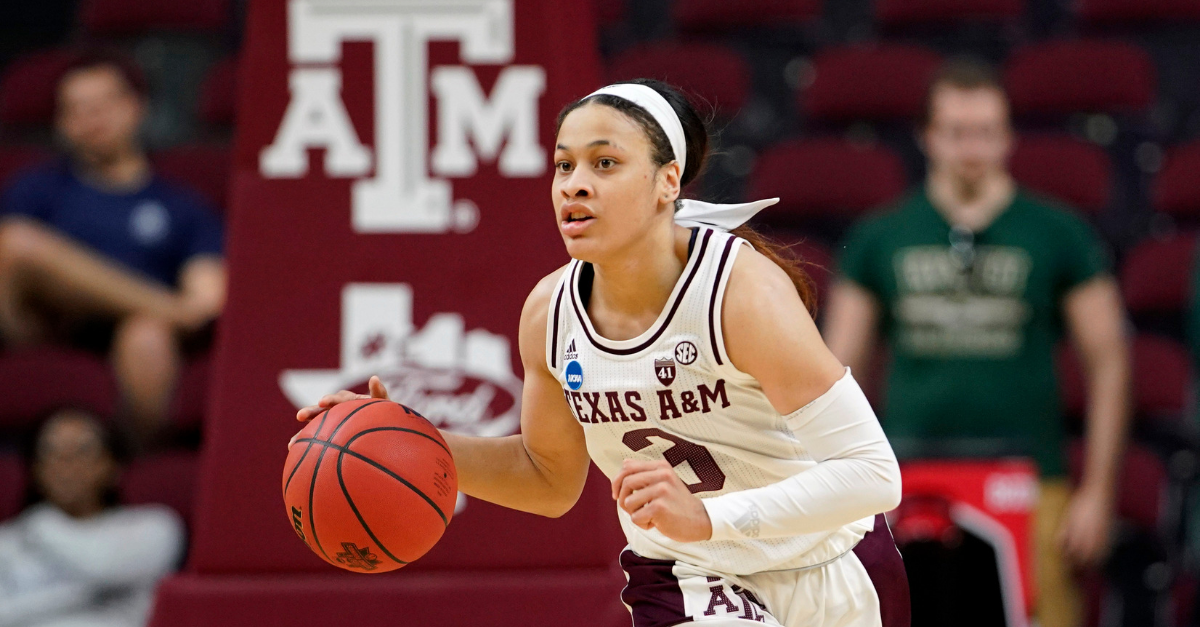 Texas A&M University is loaded with history and tradition, and I’m not just talking about the unique landmarks found on the College Station campus. In terms of athletics, the Aggies have bounced from conference to conference but still won their fair share of games and championships.

What doesn’t get talked about enough is how the TAMU softball team won the school’s first and second ever national championships (across all sports) in 1983 and 1987. Or how the women’s swimming and diving team won its fourth straight SEC title in 2019. Or how swimmer Sydney Pickrem just made history at the 2019 FINA World Championships.

I mean, where is the love and respect for the Texas A&M women athletes that have won more NCAA Division I national championships (7) than the men (6) and (ready for this?) 52 conference championships since 1996 when the school joined the Big 12 and the SEC later in 2012?

The men, in comparison, have won just 25. That’s less than half the lady Aggies have taken home.

Four of the women’s seven national championships have come thanks to the women’s track and field team. Head coach Pat Henry, who leads the coaching staff for both the men and women, guided the ladies to three-straight NCAA indoor national championships from 2009-11 (with some help from 2011 Bowerman Award winner Jessica Beard) and another in 2014.

Women’s basketball won the NCAA Tournament in 2011 and has been to the annual tournament ever year since 2006. Founded in 1974, the Aggies have won five conference titles and sent numerous players to the WNBA.

On the diamond, the Aggie softball team dominated the sport in the 1980s. In addition to the aforementioned two NCAA national titles, they finished runner up in 1984 and 1986 and won the AIAW national title in 1982. Their championship in ’83 was actually the first ever NCAA softball title.

TAMU softball isn’t a sport of the past, though. The Maroon and White have been to the NCAA Tournament every year since 2002 and featured 19 All-Americans of some sort since the sport first began play in 1972.

Though not nearly as popular or recognized by the NCAA, TAMU’s equestrian team has won two national championships (2002, 2012) as part of the National Collegiate Equestrian Association.

Under longtime coach Laurie Corbelli, TAMU volleyball appeared in the NCAA Tournament 20 times in 25 years and seven times since 2009. The furthest the Aggies have gone is the Elite Eight in 2001.

In the pool, the Aggies swimming and diving team has won eight conference titles since 2000 (4 SEC, 4 Big 12) under coach Steve Bultman.

Women’s tennis and women’s golf have combined for five conference championships since 2000, but tennis has been to the NCAA Tournament every year since 2000 and finished in the NCAA Finals in 2013, when the team went 26-4 and 12-1 in SEC play.

In addition to their team championships, Texas A&M female student-athletes have won 40 individual national titles ? 26 in outdoor track & field, four in indoor track & field and 10 in swimming and diving.

A number of TAMU’s world-class athletes have gone on to win medals in the Olympics.

Olympian @BreejaLarson is supporting the #12thMan for #CollegeColors Day tomorrow. RT to vote for @TAMU pic.twitter.com/IWiZleyUbT

I’m not saying Texas A&M’s men’s sports haven’t had success, by the way. The Aggies will look as promising as any other FBS team under Jimbo Fisher at kickoff this fall. The men also have proven winners in the golf and track teams.

But maybe it’s time we reconsider Texas A&M University and Texas A&M athletics, whose first and last national championships have came in women’s sports, home of the 12th woman instead of the 12th man.