This SEC Stadium Was Somehow Voted as College Football’s Worst 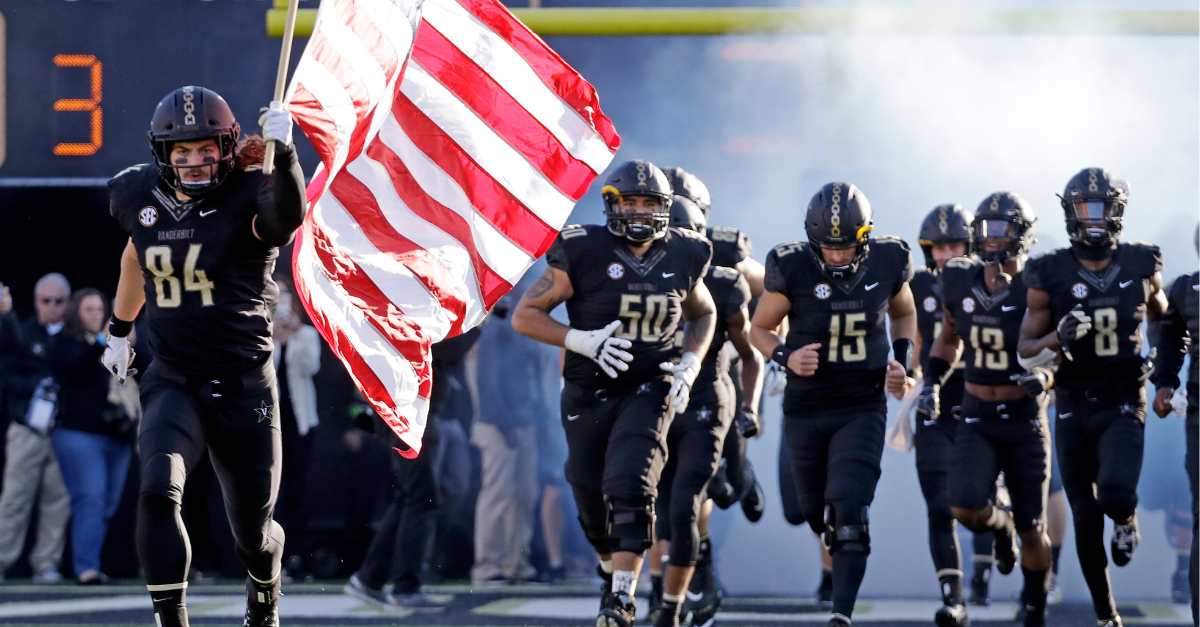 Throughout college football, there are heated rivalries, one-of-a-kind traditions, and even some university presidents taking beer bongs in the parking lot. No one place does it exactly the same, but that?s what makes each experience unique, and no league does it quite like the SEC.

Whether it?s a day game at Bryant-Denny Stadium in Tuscaloosa, Alabama or a night game at Tiger Stadium in Death Valley, there are so many iconic spots to watch a football game. Well, all except one, apparently.

According to MoneyWise, using a voting system based on attendance and online comments such as Yelp and TripAdvisor reviews, the company has voted Vanderbilt Stadium, the home of the Vanderbilt Commodores in Nashville Tennessee, as the worst stadium in the entire Football Bowl Subdivision.

This isn?t a joke. This was a real thing. An SEC team, with all of its money and history, was somehow voted as the worst FBS stadium in the country. That?s about as harsh as it gets.

?For a private university once called one of the most expensive colleges in America, it’s somewhat surprising that Vanderbilt doesn’t have a better stadium to host their Commodores.

“Instead, one of the nation’s most beautiful campuses has an ugly stadium built in 1922 that often draws only half-capacity crowds for football. It’s our choice for the worst field in the FBS.

“‘Sad excuse for a stadium,’ is how one Google reviewer sums the place up. Says another: ‘It’s old and small. Nicer high school stadiums put it to shame.'” — MoneyWise

If an older stadium with an average fan base is the worst stadium in the country, some schools better hope to get some things straightened out for its home games before the next round of rankings.

Other Power 5 schools on the list also include: Washington State, Duke, Northwestern and Kansas.

This report is truly something else. Picking some terrible Google reviews to make an argument is an interesting approach. Of course, the rich traditions of Idaho, Akron, and San Jose State football all get a pass by being ranked lower than Vanderbilt University, which hosted Middle Tennessee, Nevada, South Carolina, Tennessee State, Florida, Ole Miss, and Tennessee in 2018.

Vanderbilt Stadium, which holds 40,550 fan, might need some major renovations, no doubt, but the worst stadium in all of NCAA major college football because it gave some fans a poor experience? That seems like a stretch.

READ MORE: SEC Football Traditions Are Unlike Any Other, And These are the Best