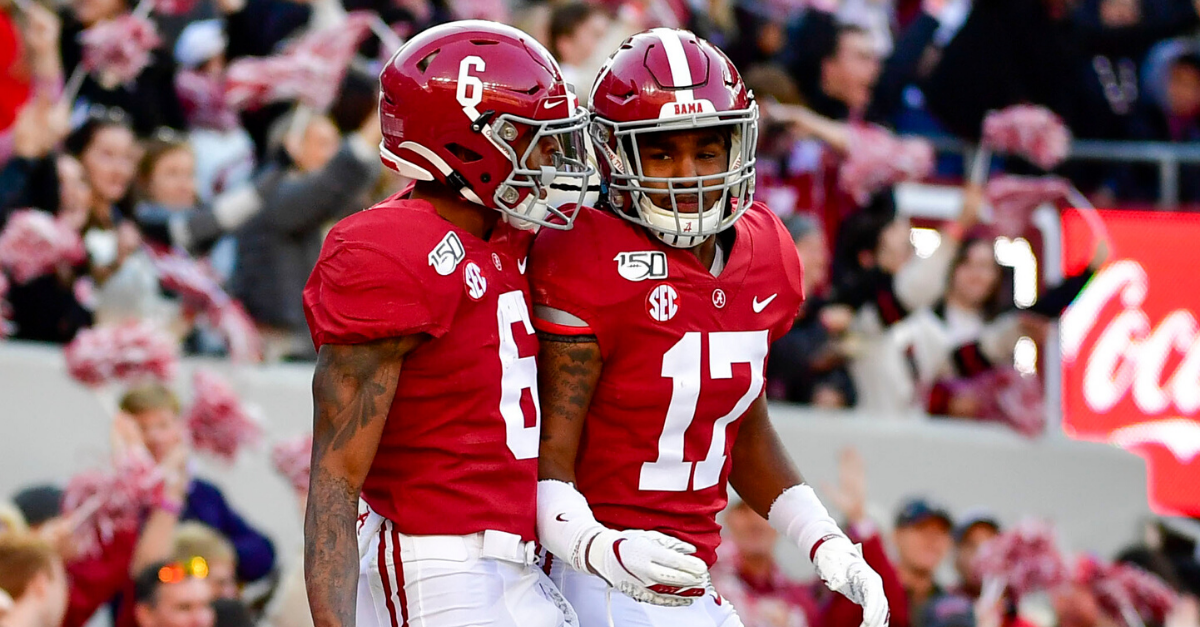 Sorry to bring up The Godfather: Part III, but Al Pacino’s famous line sets the tone here perfectly: “Just when I thought I was out, they pull me back in.”

Translation: Just when you thought the Alabama Crimson Tide might be slipping down from the mountaintop, they slap another batch of All-American talent in place and keep right on dominating the college football landscape.

Alabama’s dynasty spearheaded by head coach Nick Saban led the way with seven players ? three on the first team, four on the second team ? on Sporting News‘ annual list. The SEC had eight players total named First Team, followed by the Big Ten with four, and Pac-12 and ACC with three apiece among the NCAA’s best.