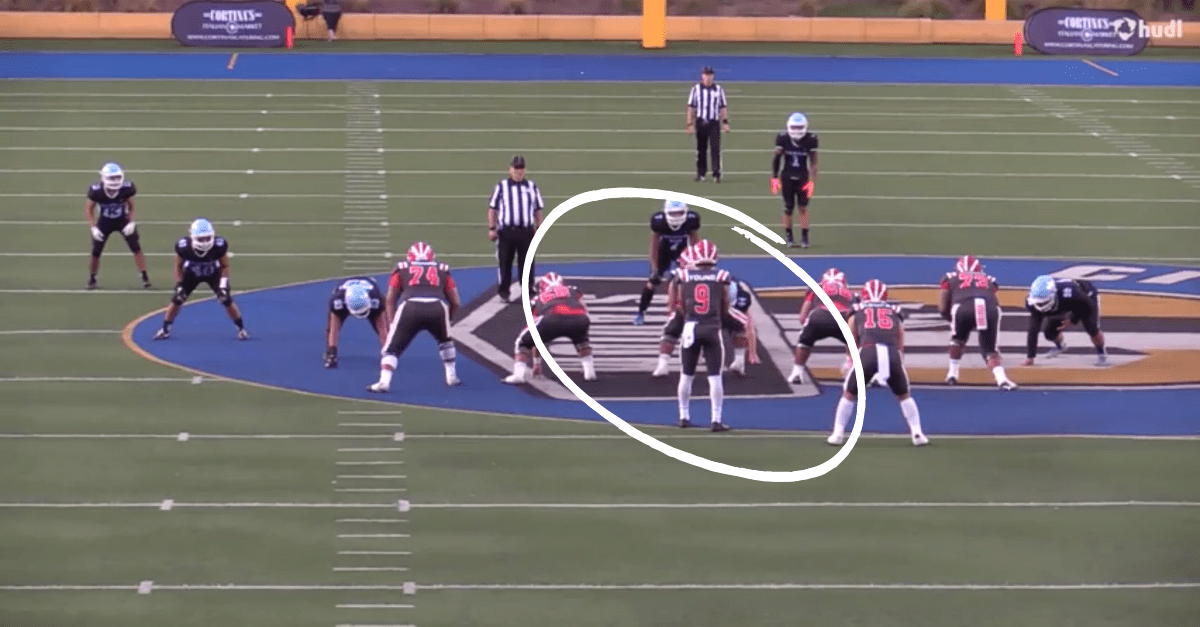 The Mater Dei High School Monarchs could beat some small college football schools on their best day. The California powerhouse finished the 2019 season as America’s No. 2 high school football program, according to MaxPreps, and 247Sports ranked six Mater Dei seniors among the top 85 players in the state. Led by head coach Bruce Rollison in his 30th season, Mater Dei has captured six CIF Championships, two state titles and four national championships during that span, including back-to-back national titles in 2017 and 2018.

Notable quarterbacks from Mater Dei include Todd Marinovich, Matt Barkley, Colt Brennan, Heisman Trophy winner Matt Leinart, and current USC Trojans quarterback JT Daniels. The next great Monarch is Class of 2020 dual-threat quarterback Bryce Young, and the All-American has all the tools to continue that winning tradition at the collegiate level.

Previously committed to Clay Helton and the University of Southern California, Young flipped his commitment and announced in a tweet that he would join Nick Saban’s Alabama Crimson Tide for the 2020 college football season.

In his third season as starting quarterback, Young capped his high school football career in record-setting fashion. The Mater Dei QB shattered CIF Southern Section records for career completions (915) and attempts (1,311), while finishing second all-time in passing yards (13,250) and tied for third with 152 career touchdown passes. His 58 touchdown passes as a senior tied Jimmy Clausen (Oaks Christian) for sixth-most in a single season.

On top of that, Young rushed for 357 yards and 10 more touchdowns against arguably the toughest high school schedule in the nation last season. Young earned All-American Bowl MVP honors by leading the West team to a 33-20 victory.

Young was named 247Sports‘ No. 1 player of the 2020 recruiting class in the site’s final rankings.

No. 1 in the Top247: Alabama QB signee Bryce Younghttps://t.co/qyHo4Ffcr7 pic.twitter.com/afIHZrj3M9

RELATED: Alabama’s No. 1 Recruit Seeks Transfer: Here’s What We Know

In his junior season, Bryce Young amassed over 4,000 total yards and threw 39 touchdown passes against only six interceptions in Santa Ana. Young was named a First-Team All-American by MaxPreps thanks to some help from the National Football Player of the Year, wide receiver Bru McCoy.

Bryce Young is the real deal, and this bonafide winner plans to continue that legacy by trading his Mater Dei red for Alabama crimson.

With Tua Tagovailoa leaving the University of Alabama for the NFL, the torch is expected to pass to Mac Jones. After that, the Crimson Tide are loaded with young talent including Braxton Barker, Jayden George, Paul Tyson and Stone Hollenbach, all of whom were either redshirt freshman or true freshman in 2019.

The addition of Mater Dei quarterback Bryce Young, who is the highest-rated quarterback prospect since, well, Tua Tagovailoa, only adds to Alabama’s already-stacked 2020 recruiting class next year.

This article was originally published September 23, 2019. It was updated following the 2019 season.