Football Assistant Lays Out Opposing Player, Gets Banned From Sidelines 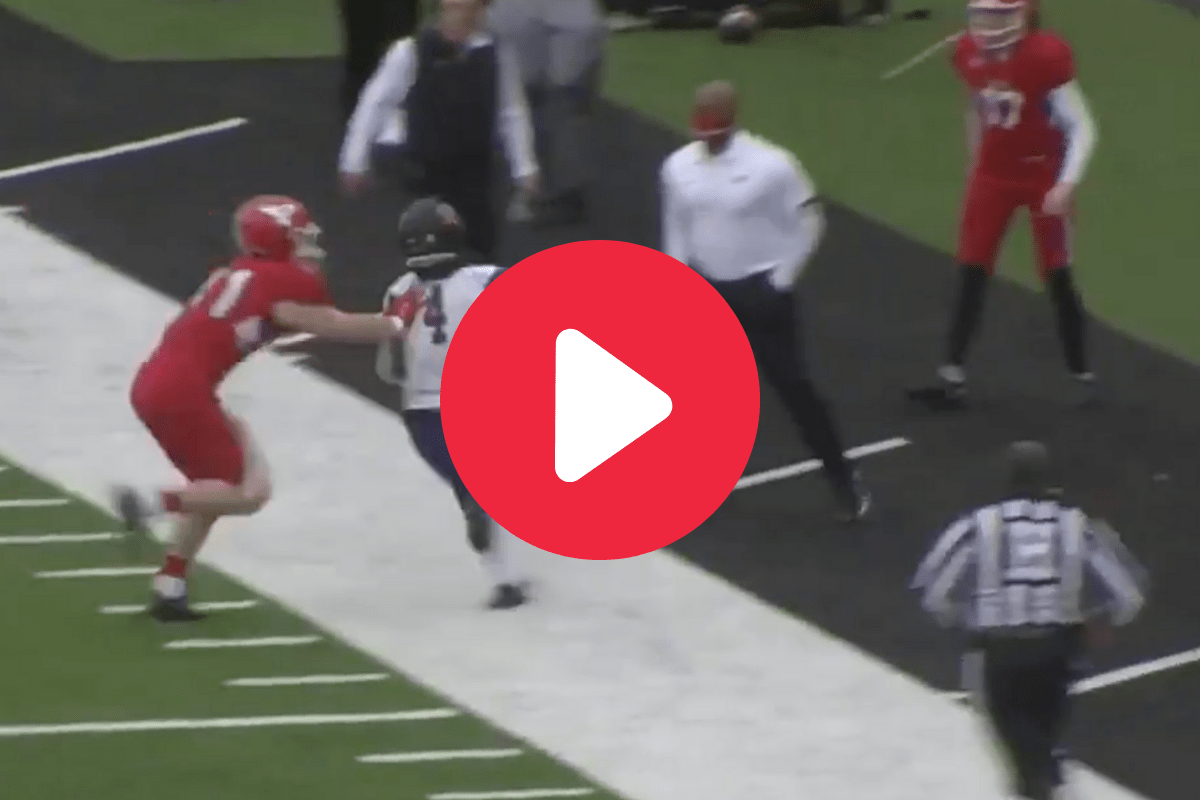 Football coaches have every right to get fired up on the sideline. Many of them are former players who can’t help but sprint down the sidelines during touchdowns, leap into the air in excitement and scream at players in anger.

I mean, this football staffer didn’t even try to get out of the way.

Quan with a big gain and gets out of bounds. #UNIFight pic.twitter.com/q27G7U9cQO

Northern Iowa Panthers wide receiver Quan Hampton was finished a big-time play and heading out of bounds at the end of it.

As he pulled up to slow down, YSU’s Director of Player Personnel Tim Johnson threw his shoulder at Hampton and laid him out on the ground. Johnson, with both hands in his pockets, didn’t even attempt to get out of the way. He even appeared to lean forward. Hampton then immediately points to Johnson.

Johnson, a former YSU Penguins All-American linebacker who played six seasons in the NFL with the Chicago Bears, Oakland Raiders and Baltimore Ravens, was banned from the sidelines for the “remainder of the spring football season” after the incident.

“I apologize to UNI, Youngstown State, the Missouri Valley Football Conference and our community for what occurred on Saturday,” Johnson said in a statement. “As a member of the YSU football staff, my actions are held in high regard and that should have never occurred. Again, I deeply apologize to all who have been impacted by my actions.”

Quan Hampton, the opposing player who took the shoulder, seemed to have some fun with the play on social media.

Almost went a full game without getting tackled 🤦🏽‍♂️ https://t.co/QHV5wFHKuu

“Almost went a full game without getting tackled,” he joked on Twitter.

What do you think? Did semi-truck-like Johnson make a move to hit Hampton or was he simply standing his ground?

If you ask me, any reasonable person simply should’ve stepped out of the way.