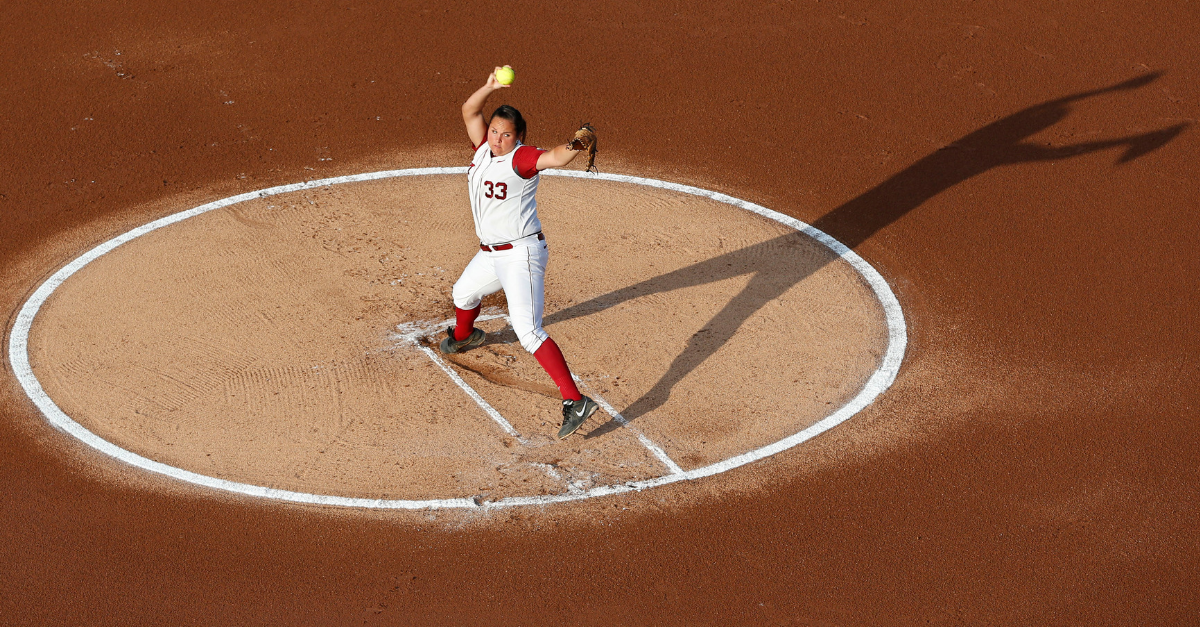 Just a few weeks ago, the fifth-ranked Alabama softball team (45-4, 14-4 SEC) dropped a three-game series to South Carolina and some began to wonder if the Crimson Tide were up to the task of winning the SEC title. All that was put to rest the last two weekends.

For the last few years, it has been the Gators who have been the best team in the SEC, not Alabama. But the Tide, behind freshman pitcher Montana Fouts, has proven they are the team to beat in the SEC after seven-straight wins.

Behind Fouts, who won her 13th game of the year in Game 1 and picked up her fourth save in Game 3, the Tide pitching staff shut down the Gators and allowed two runs throughout the whole series.

Alabama leads the SEC right now in ERA (2.36), not to mention the Tide lead everyone in walks (108), stolen bases (37) and are third with a .283 team batting average in conference games.

RELATED: Softball vs. Baseball: Which Sport is Actually Harder?

The sweep for the Crimson Tide not only solidified their first place position on top of the SEC, but it almost guarantees the Tide a top seed in the NCAA Tournament. Sweeping Florida as no small feat, and it surely raised many eyebrows around the country.

Many didn?t think much of this team to start the season, but it seems that Alabama head coach Patrick Murphy has a top contender for a national championship. The fact that they continue to mow down opponents in a tough conference like the SEC should be a scary thought to the rest of the country.

The team is more than just Montana Fouts now, and it has proven that it can survive and win without her (she had been injured recently), but with her anchoring this staff, this team can go a long way in not only the SEC, but the NCAA Tournament.