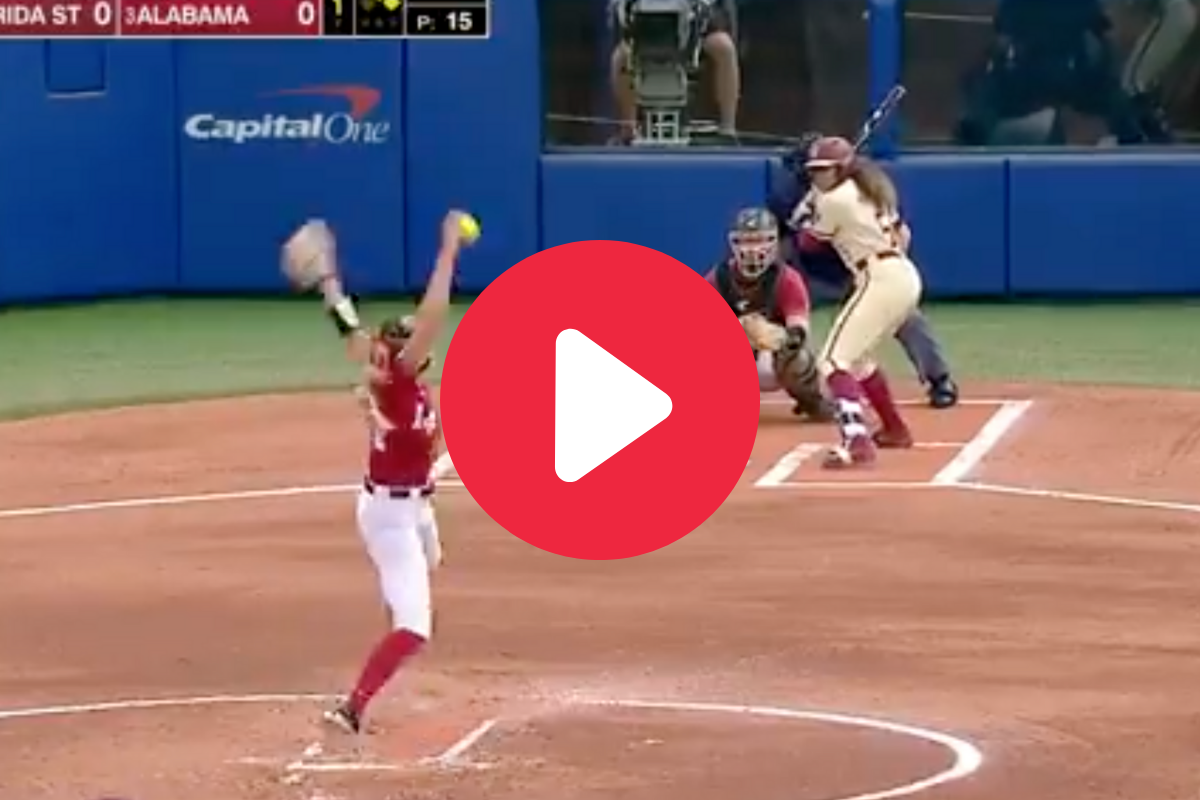 Elizabeth Mason had been through this before.

So when she stepped to the plate in the first inning against mighty Alabama ace Montana Fouts — the NCAA’s strikeout queen and second coming of Jennie Finch — she leaned on her experience. Oh, and her light-tower power.

Elizabeth Mason with an absolute 💣

There isn’t a better way to deflate a team’s hopes than by walloping a Ruthian blast halfway up the bleachers in left field.

FSU’s Elizabeth Mason faced a dreadful 0-2 count and guessed rise ball correctly. Fouts’ 71-MPH pitch (equal to a 100-MPH fastball in MLB) caught too much of the zone, and Mason pulled her hands in to barrel up the heater.

Everyone in Oklahoma City’s Hall of Fame Stadium knew upon hearing the crack of the bat that one wasn’t staying in the yard. Mason knew it, too. She smiled like she’s never smiled before. The ‘Noles took a commanding 3-0 lead and still didn’t have any outs.

“Obviously, Montana has a great rise ball,” Mason told reporters after the game. “She also spots a couple low in the zone. I just wanted to get the barrel there. She flies a lot of power. As long as I could get the barrel through the zone, I knew it would be a hard hit. I’m just glad it went over the fence.”

Mason’s blast was just the beginning of an offensive onslaught for FSU. Head coach Lonni Alameda’s squad scored five more runs and Kaley Mudge added a 5-for-5 night at the plate to help take down the Crimson Tide, 8-5, to advance to the WCWS Championship Series against Oklahoma.

Florida’s State’s path to the finals looks a lot like it did three years ago, and Alameda knows this team has what it takes.

“When we lost to UCLA, they took a team meeting together without the coaches, and they took control, and they ran with it, and they were prepared for it. As a coaching staff, that’s what you want at this point in time,” she told reporters Monday night. “They don’t need to look to you because you’ve given everything you have to them, and they’re ready to play a high level game. I got that feeling again.”

“That feeling” is one every fan in Tallahassee has, too.