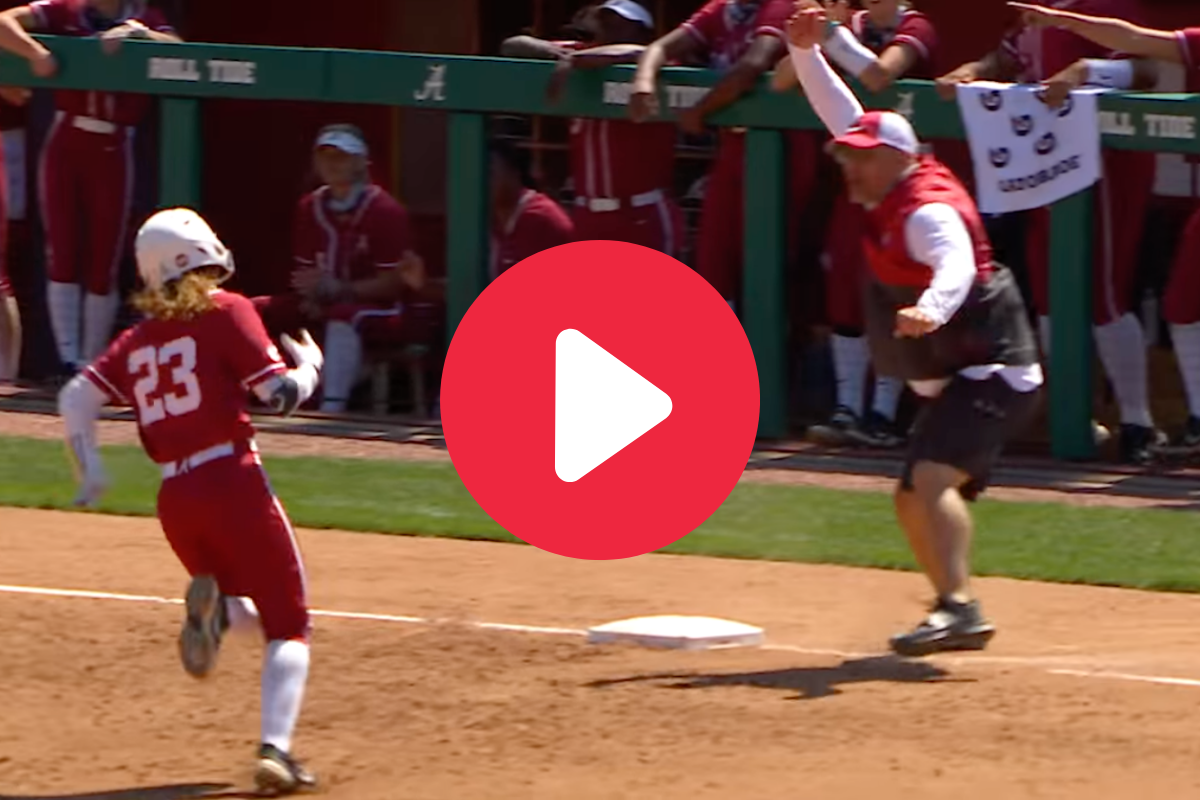 Alabama softball is on a roll this season (excuse me for borrowing an overused pun) and fans in Tuscaloosa have already witnessed plenty of unforgettable moments as the Crimson Tide vies for an SEC Championship.

Freshman slugger KJ Haney blasted a three-run bomb for her first career hit and looks like the second coming of Barry Bonds or Bailey Hemphill. Whichever one is better. Left fielder Alexis Mack made an incredible “over-the-wall” catch in foul territory that made even non-softball fans swoon.

Savannah Woodard is adding to this year’s impressive moments. The sophomore infielder crushed an inside-the-park home run against Louisiana and showed off her blazing speed in the process.

Inside-the-park home runs are rare. It takes quite the speedster to turn a triple into a home run by legging out a ball in the gap or down the line. It also usually requires a misplay on an outfielder.

Savannah Woodard, a sophomore for Alabama, pulled it off in the team’s 5-1 win over No. 13 Louisiana on Sunday in Tuscaloosa’s Rhoads Stadium.

Woodard crushed a 2-2 pitch in the third inning off the right field wall. The Ragin’ Cajuns right fielder misplayed the ball and it bounced far enough away for Woodard to race around the base paths. She crossed home standing up seconds after Maddie Morgan did and just before the throw would’ve have nabbed her.

It took her just 12 seconds to go from home to home, which I’d say is pretty darn fast. Her inside-the-parker was just her fourth of her young career and only the eighth inside-the-park home run in Alabama softball history.

Woodard’s two RBIs and dominant pitching from Krystal Goodman and Montana Fouts helped power the 5-1 win over the 13th-ranked team in the country. Alabama, the No. 5-ranked team in the NCAA, improved to 36-7 on the season and could move up in the rankings after the weekend sweep of Louisiana.

Savannah Woodard may not be the power threat that some of her teammates are, but she’s getting it done in plenty of other ways to help her team.