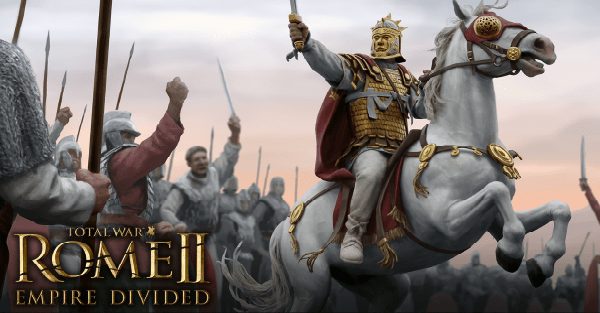 The news that Creative Assembly would be reviving the controversial Total War: Rome 2 with a new expansion was quite the surprise for those who were around for its launch. The title was famously broken on release, with countless bugs and balance issues that turned the studio?s most highly-anticipated title ever into one of its most viciously criticized. Even today, new installments in the Total War franchise face snide remarks and low expectations from those still bitter over the botched Rome 2.

That said, the upcoming arrival of Empire Divided could be what it takes to raise the four-year-old title to the glory it?s always deserved. The expansion arrives this Thursday on November 30, and is set to introduce an entirely new experience ? both to the old setting in the form of new features and mechanics and in the new, grand-scale campaign set during the crisis of the third century.

A new trailer released yesterday previews some of what players can expect later this week. Take a look:

We previously discussed some of the most major of features in Empire Divided, which includes 10 playable factions set across 5 cultural groups, period-specific event chains and victory conditions, and new challenging mechanics such as plagues, cults, and brigands. An additional update, dubbed ?Power & Politics,? will bring sweeping changes to Rome 2?s lacking politics system. Previous comments from the developers suggested that the update would ?give a far greater meaning? to how the campaign is affected by the subterfuge of your faction?s political landscape.

Empire Divided is one of three titles in the works by Creative Assembly. Total War Saga: Thrones of Britannia was unveiled just two short weeks ago as a more focused campaign set during in 878 AD on the isle of Britain, while an as-of-yet unnamed larger historical title is still in the works. The Mortal Empires campaign in Total War: Warhammer 2, meanwhile, is due for the studio?s huge Reprisal Update, in which much of the predecessor?s Foundation Update will be reapplied to the newer title.

For more information on the Total War franchise, check out our previous articles, which have covered everything from major announcements to minor DLC reveals. Feel free to follow the developers over Twitter @TotalWar for immediate updates about any future details.