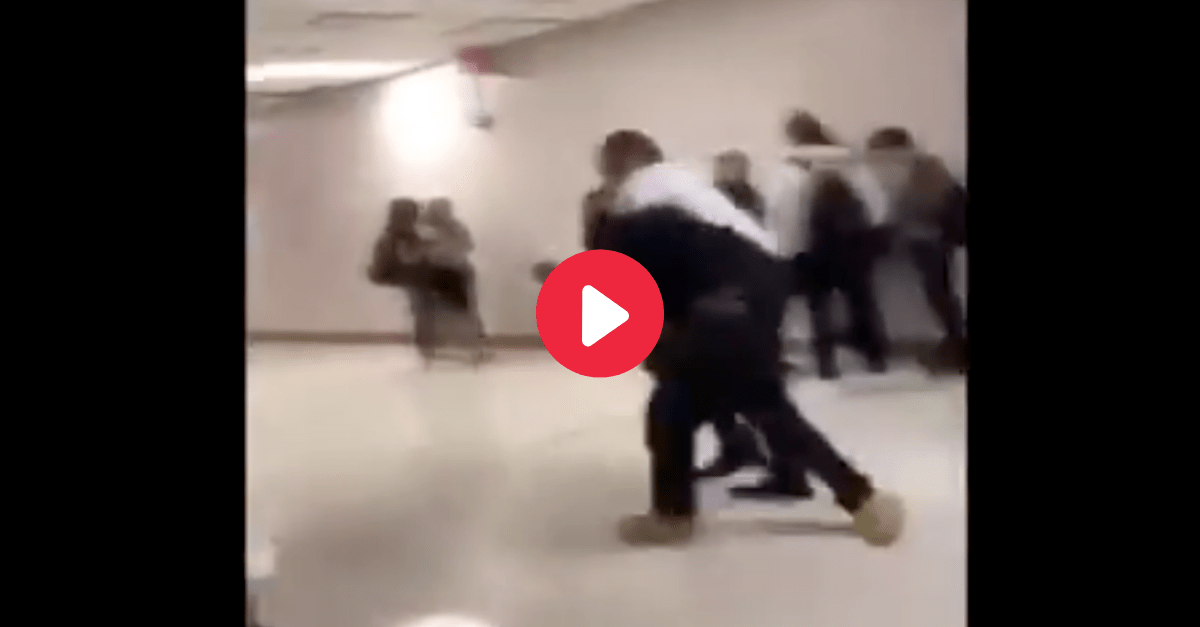 Wrestling in real life is always a treat. More often than not, we see parents fighting each other and it usually ends in nothing more than a few hurt egos. Sometimes, WWE makes its way into the real world with some shocking success, but other times, it ends up causing more trouble than it was worth.

Gianny Sosa, an 18-year-old student at Miami Southridge Senior High School in Florida, was arrested after he tried to ‘RKO’ high school principal Humberto Miret right in the hallway, according to police. After Sosa failed miserably to even come close to pulling this off, Miret grabs Sosa by the neck and appears to throw a punch at him.

After being taken by Miret to the school’s drama room, Sosa began recording himself and posted the video to his Instagram page. In the video, the student repeatedly asks not to be touched by Miret, who was in the process of contacting police with his hand on Sosa’s shoulder.

Camila Sosa tried defending her brother by stating, “He did tell all of us he was just going to hug the principal… Like you just can’t walk up to somebody and grab him by the neck and drop him.”

In the video, you clearly hear Gianny Sosa yell “RKO” and not, “Here comes a friendly hug!”

According to the arrest report obtained by WPLG-TV in Miami-Dade County, Miret will press charges on the student. Sosa faces charges of battery on a school official and interference with an educational institution. He was booked into jail and placed on a $750 bond.

Miret has no previous history of abuse during his 22 years of service and was named the Miami-Dade County Public Schools principal of the year in 2018.

RELATED: Idiot Parents Brawl at a Youth Soccer Game While Their Kids Scream in Terror

For those unfamiliar, the ‘RKO’ is the finishing move of WWE superstar Randy Orton. In the wrestling ring (again, not in real-life situations), “The Viper” jumps into the air, reverse-grabs his opponent around the neck, and brings them to the ground. The wrestling move is an abbreviation of his full name, Randy Keith Orton, and helped make the 39-year-old professional wrestler one of the industry’s most successful athletes of the last decade.

Unfortunately for Sosa, his attempt was flawed from the very start.

During his court appearance the following Thursday morning, a discussion of the case was strangely humorous around room, and even caused Judge Renatha S. Francis to chuckle and say “You actually just made me snort, which I never do.”

Sosa was eligible for release without having to post bail, according to the station.

There was no word if Miret would face consequences after foiling this high school student’s RKO attempt and one and only shot at making the Internet Hall of Fame.

UPDATE: Sosa was arrested a few weeks later after footage of him wrestling a fake alligator at mall in Miami-Dade County. The alligator was valued around $3,690, according to a report by ABC News.

This article was originally published April 12, 2019. It’s unclear if Gianny Sosa won a fight since losing to that fake alligator.