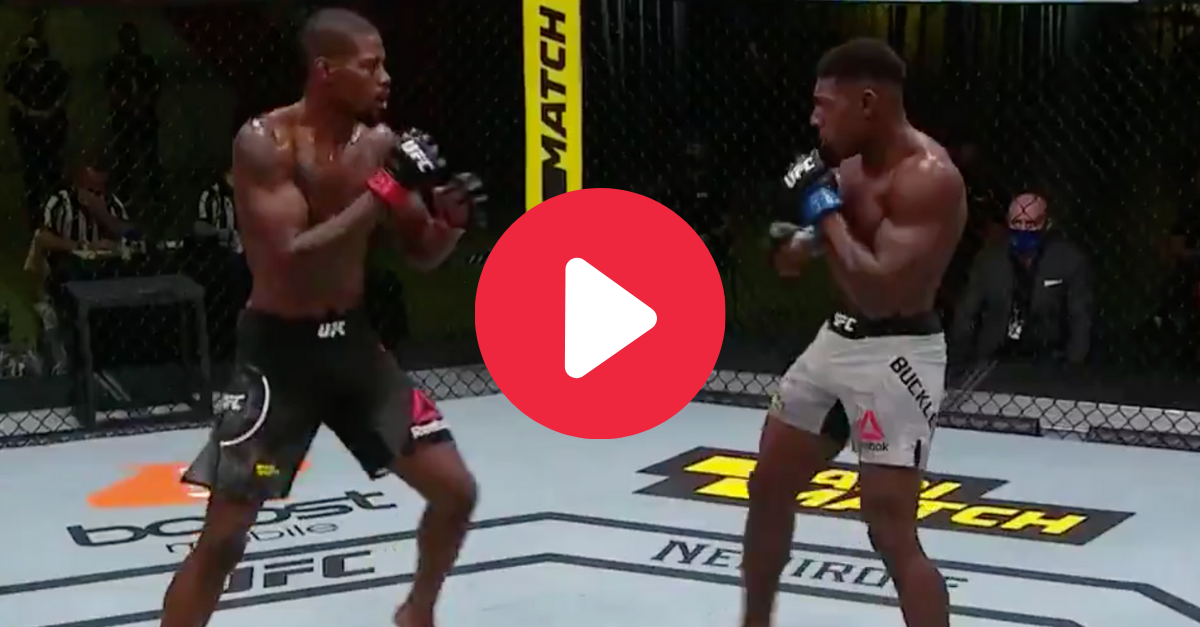 Whenever Kevin Holland steps into UFC Octagon, you can expect fireworks. The man is serious about his business and looks to knock out any opponent who dares to challenge him. Just ask rookie Joaquin Buckley.

During the UFC Vegas 6 preliminary card Saturday evening in Las Vegas, Holland dropped his opponent in the first round and then ended it for good early in the third round. His right hand connected so perfectly that it sent Buckley’s mouthpiece flying and forced referee Mark Smith to call off the fight.

On a night filled with elite MMA highlights on ESPN+ 32, Holland’s knockout punch was easily one of the best.

Keep an eye on the mouthpiece 👀@Trailblaze2top sniped him at #UFCVegas6 pic.twitter.com/C6VneF2VW8

Give Kevin Holland some credit. His fight against Trevin Giles at UFC Vegas 5 was canceled at the last second and he looked great in his return to the UFC APEX in Nevada. He put on a show and another TKO victory was a result.

It was his second-straight TKO win. He won after stoppage in his bout against Anthony Hernandez. Then he took care of UFC newcomer Joaquin Buckley.

“If I could have went a lot faster, I would have, but he was short, so it was hard to find the things I wanted to find on him,” Holland said of Buckley, via MMAFighting.com.

Holland definitely stole the show before the UFC Vegas 6 main event, which featured a star-studded card.

OH MY GOODNESS! @BeneilDariush w/ the spinning back fist! #UFCVegas6 on E+ pic.twitter.com/ahMwbRJkbM

While college football and the NFL are still up in the air for this next season, just know Dana White’s UFC is going strong and Kevin Holland will continue to throw significant strikes whenever he can.