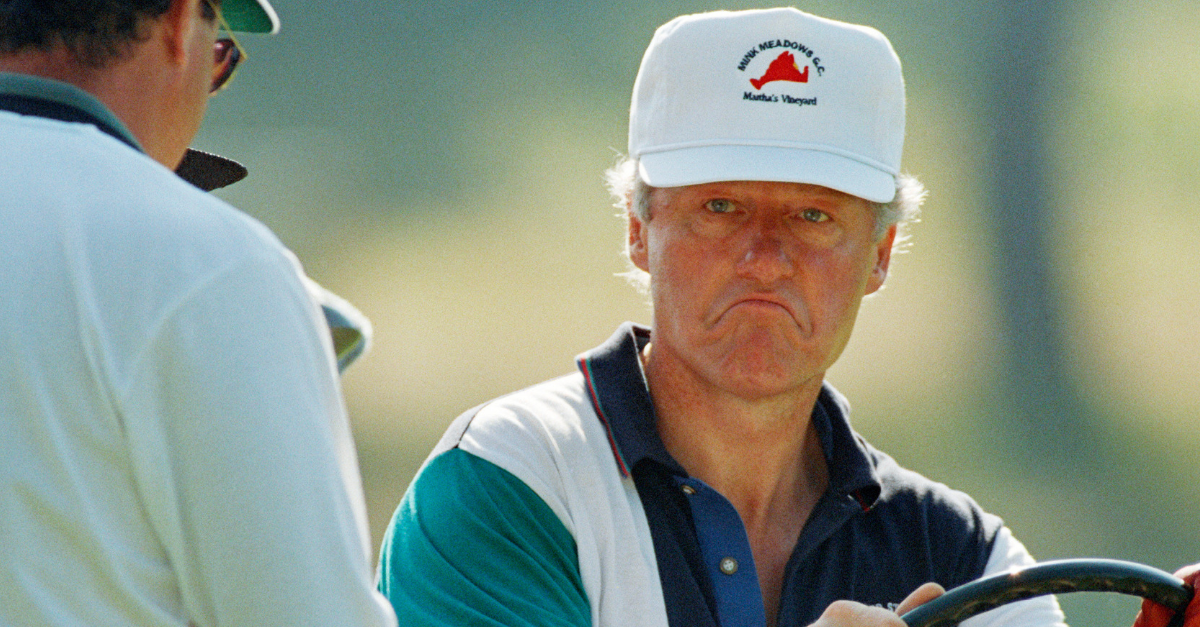 You can’t go six hours without some sort of controversy swirling around President Donald Trump. Sure, a lot what he says and does is not becoming of the President of the United States, but he is the leader of our country. Despite the noise, insane ideas like Rick Reilly writing an entire book about President Trump cheating at golf makes him look even stronger by the day.

But when TMZ Sports talked to two-time major champion John Daly about playing with President Trump, the iconic PGA Tour golfer revealed a few tidbits of information that’ll have anti-Trumpers pulling out their hair, and pro-Trumpers singing his praises once again.

Daly said not only does Trump play incredibly fast on the course ? Daly clocks him at about 3.5 hours ? before getting back to work, the golf legend also revealed that any notion of Trump cheating regularly couldn’t be further from the truth.

“It’s funny how all these people say, ‘Does he cheat?’ Well, when he goes out and plays, if he hits a bad shot, he might hit a mulligan, but he doesn’t count it when we’re playing a match. … It’s just amazing that people call him a cheater at golf. You wanna call a cheater at golf, I’ll tell ya, Bill Clinton, he took a mulligan on putts and chips when I played with him. I don’t think Bill Clinton could’ve broke 100.”

The professional golfer added that President Trump shoots somewhere between 78 to 84 over an 18-hole day, which is incredibly impressive.

As for Clinton? If he’s shooting about 100, then he and I need to link up and for a winner-take-all match because we both stink at golf.

Daly called his round of golf with POTUS in Bedminster, New Jersey at the Trump National Golf Club, “One of the greatest days of my life!”

I’m proud to be an AMERICAN, especially w/this man leading our country! One of the greatest days of my life! Thx you for a great day #potus #dad ….you are the best! @realDonaldTrump
💯🚂🇺🇸🚂🇺🇸#americafirst #peoplefirst #greatest #leader #of #our #country #proud #American #MAGA pic.twitter.com/u7hu9vkcUF

People blast Trump for golfing in his free time, especially taking trips to his own golf courses like The Mar-a-Lago Club in West Palm Beach, Florida. What most never think to realize is that Trump works incredibly long days, and taking a few hours to play with elite members of society is nothing new for the energetic 73-year-old American.

Daly did, however, declare Trump as the second-best president golfer to ever sit in the Oval Office. The best? That would be the late George H.W. Bush.