Jon Rahm & His Wife Kelley Are Expecting Their Second Child 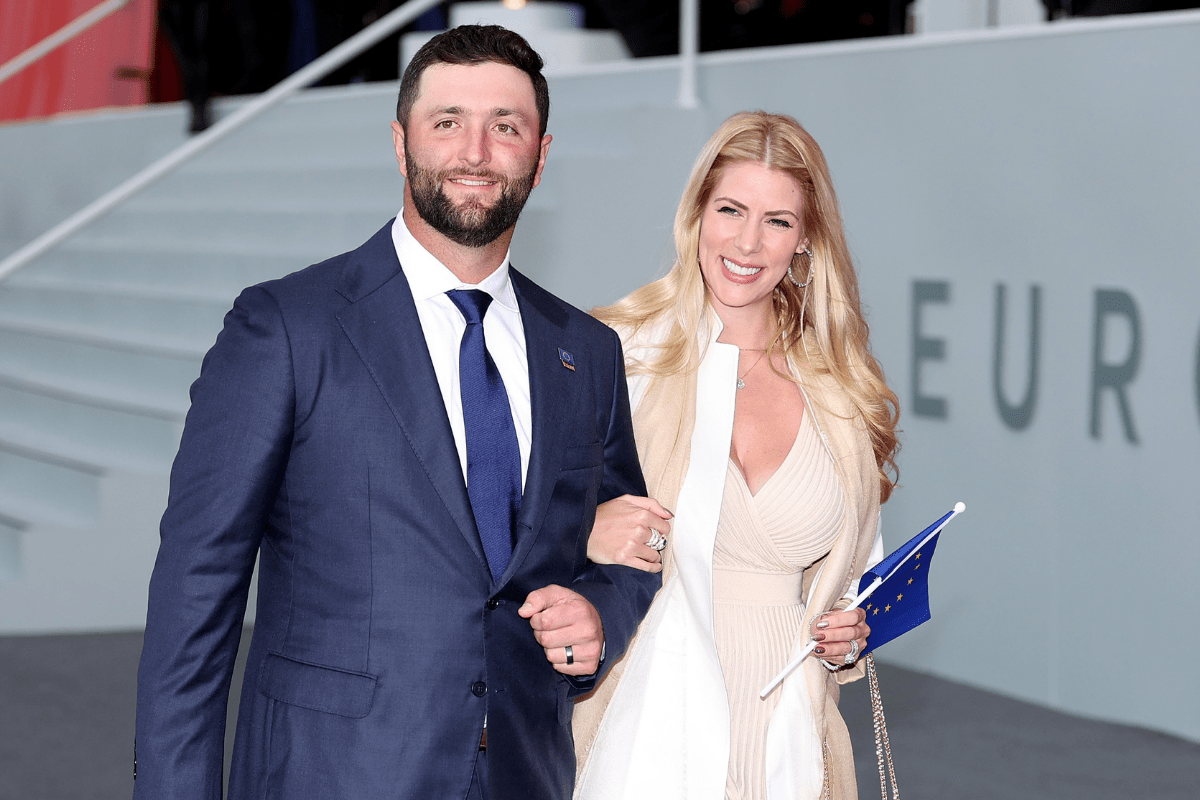 Professional golfer Jon Rahm is one of the most recognized players on the PGA Tour.

The 26-year-old has already earned 13 professional wins, including the 2021 U.S. Open, and he’s currently the world’s No. 1 ranked golfer.

While he’s enjoyed a successful career on the golf course, Rahm is faring equally well off of it. He settled down and married his college girlfriend, Kelley Cahill.

Who is Jon Rahm’s Wife?

Jon Rahm has been married to wife Kelley Cahill since 2019.

The pair met while in college at Arizona State University, where Rahm played golf at the NCAA level and Cahill was a javelin thrower for the Sun Devils.

The happy couple got married in Bilbao, Spain — near where Rahm grew up — and enjoyed a second ceremony in San Diego. Kelley grew up in Scottsdale, Arizona, and they currently reside there, too.

In April 2021, just a week before 2021 Masters Tournament,  Rahm and Kelley welcomed their first child together, son Kepa Cahill Rahm.

Rahm celebrated the moment on social media, captioning an Instagram post, “Kepa Cahill Rahm, was born 4/3/21 at 12:15am. Momma Kelley is doing great and recovering. Kepa is also in great health. He is 7.2 lb and 20.5inch, big boy from the Basque Country. Without a doubt the greatest day of my life!”

Prior to the birth of Kepa, Rahm made clear he would be present for the birth of his son, even if it meant withdrawing from The Masters and leaving Augusta National to be by his wife’s side.

Luckily for Rahm, the 2022 Masters won’t have the same issue, since the couple announced in February of 2022 that they are expecting another child! The Instagram post on Rahm’s account shows the golf pro embracing his wife who is showing off the ultrasound. Meanwhile, Kepa, who is wearing a shirt with “Big Bro” on the front, is running toward the camera. The Rahm household is about to be gett a little more crowded and we’re not talking about the potential trophies Jon could bring home.

Rahm attended Arizona State University before getting his PGA Tour card in 2016. Throughout his professional career, Rahm has earned 13 wins, including six wins on the PGA Tour, six on the European Tour and one additional victory. His first career victory came at the 2017 Farmers Insurance Open.

The Spanish golfer has won twice at both the DP World Tour Championship in Dubai, as well as the Dubai Duty Free Irish Open. He made waves at the BMW Championship in 2020, during which he took down Dustin Johnson in a one-hole playoff after sinking a birdie putt.

Rahm secured his first major by winning the 2021 U.S. Open at Torrey Pines. The Father’s Day victory came after he shot a 67 in the final round. He finished second in the final 2021 FedEx Cup rankings behind Patrick Cantlay.

The Spaniard is looking to help the Europeans defend its Ryder Cup title against the likes of Brooks Koepka, Bryson DeChambeau, Justin Thomas and Jordan Spieth.

Rahm is the current leader of new school golfers who took inspiration from Tiger Woods and Phil Mickelson. If the first few years are any indication, the World No. 1 is going to have a long and successful career.