You've played golf your whole life. You've paid your dues. You threaten people with rhymes. You eat pieces of shit for breakfast. You're none other than Shooter McGavin, and it's your time to shine. That is, until a hot-headed hockey player decides he wants to be a golfer.

We're supposed to hate Shooter in "Happy Gilmore" because he's the foil to Adam Sandler's titular character. But, I love Shooter, and I love Christopher McDonald's performance. He's full of himself and a prick, which will never fail to make me laugh. I mean look how we're introduced to the guy. He's being introduced to speak at The Waterbury Open and he's facing the opposite direction of the crowd to add a layer of suspense. It's like he was expecting the crowd to react like, "No way! That was Shooter McGavin back there?!?" 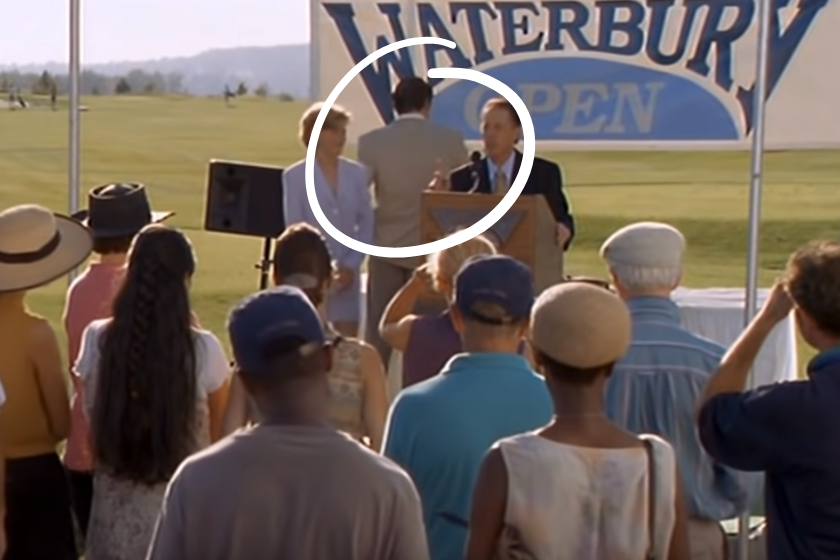 I imagine Shooter's career is something like Sergio Garcia's. He's in the middle of a hot streak at the tail end of his prime during the movie, but he's still looking for the elusive gold jacket. Or is it a green jacket? Who gives a shit? Anyway, Shooter's quest for the Tour Championship is equivalent to Sergio's run at The Masters in 2017, and you better stay out of his way. Or you'll pay!

All this is to say, I empathize with Shooter. Sure, he could sit back and let Happy become the star of the Tour, but this is Shooter's time. That's why all of his actions are completely justified.

Shooter McGavin: A Character Who Belongs in a Shakespearean Tragedy 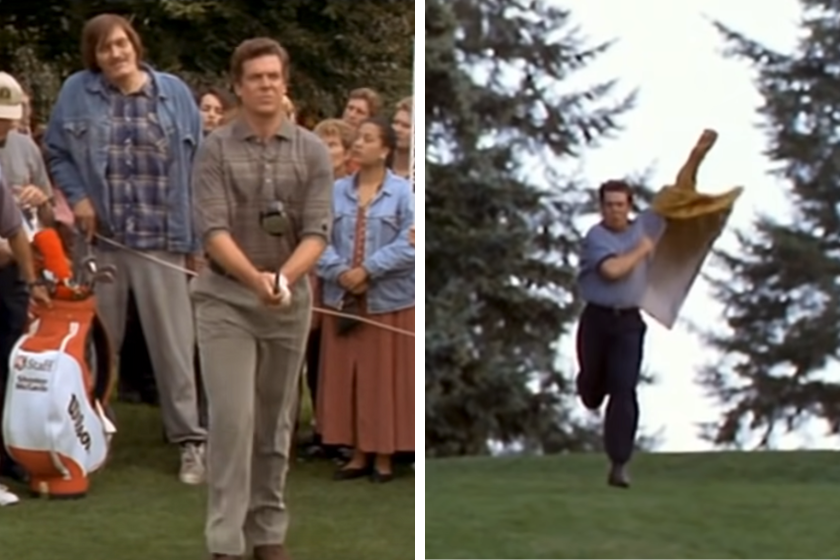 RELATED: "Take the Shot, Mr. Gilmore": The Final Putt in 'Happy Gilmore' vs. the PGA Rulebook

To Shooter, golf is a game of respect. Showing respect means dressing like a walking Polo ad. For Happy, that isn't the case. Happy wears a hockey jersey and jeans when he's playing, which is absolutely disgusting. Shooter was being courteous when he shared the secret of the pros with him. The thing is, though, Shooter doesn't care about what Happy wears as much as he cares about Happy's impact.

Happy to golf is Mark McGwire and Sammy Sosa to baseball - guys who electrified the game when interest in their sport was at a low point. Oh, they can also hit the crap out of the ball. Hence why Tour commissioner Doug Thompson loves Happy's ability to boost ratings and attract new, youthful sponsors. But how is Shooter supposed to chip when two naked bikers are getting frisky off of 17? How is Happy not kicked off the Tour for brawling with Bob Barker on national TV? Sure, the ratings were the highest ever, but we're just going to let beach balls on the golf course slide, too? This isn't a rock concert. (Quick side note: Why is Shooter at Happy's suspension meeting with Doug? There's no reason for him to be there, yet, there he is the middle of a situation that has nothing to do with him. So good.)

The culmination of Happy spitting on all that is holy about golf and his improvement makes Shooter get personal. Happy becomes capable of beating him for the gold jacket. So, in a 4D chess move, Shooter gets in the mix on buying Happy's grandma's house. One because it'll get to Happy's head and two, because real estate speculation is a hobby of his. And it works. Shooter literally infiltrates Happy's "happy place."

That brings us to the Tour Championship. Shooter pulls out another brilliant move by paying a guy to run over Happy in the middle of a round. We talk about guys like Michael Jordan doing whatever it takes to win. I'd like to throw Shooter McGavin in that category. So, Happy is thrown off his game, even losing his touch with his hockey-stick putter given to him by Chubbs Peterson, and Shooter seems to have his dream in the bag. And even though Happy comes back, a television tower obstructing his path to the cup on 18 is a message that fate is pulling for Shooter. After all, he had to hit a shot off Frankenstein's fat foot, so Happy should have to take his putt as it lies. But, Happy channels Chubbs and sinks it. In an act of desperation, Shooter runs off with Happy's golden jacket, but he's mauled by a mob of angry fans. Oh, how the mighty fall.

Were some of Shooter's actions questionable? The jury's still out. But, would you not hire someone to run over the opposition standing in the way of your lifelong dream? Something to think about. Shooter is a tragic figure at the end of the day.

Before we wrap up, there are a couple minor Shooter moments I have to mention that kill me every time.

The first is when he and Happy are at the bar. Shooter insults Happy, who tells him off and turns away. He reacts by dialing it up to an 11 like Happy spit in his face or something. Don't EVER turn your back on Shooter. This is his tour!

The second is a quick interview he gives before a tournament in Portland early in the movie. Ever the humble man, Shooter gives an all-time soundbite:

Shooter: "I'll tell ya, I don't what it is about this big winning streak I'm on. I'm in the zone. What can I say? The hole just seems to get bigger."

Reporter: "How does it feel to be the favorite, Shooter?"

Shooter: "Well, I certainly don't think I'm the favorite. There are a lot of great players here today, it's really anyone's tournament. I'm just trying to do the best I can out there. I'll tell you the real winner today is the city of Portland. Every time I come here it gets harder to leave. I think you guys put something in the water (chuckles). Excuse me, I gotta go play a little golf (wink and finger gun)."

He hits all the notes on athletespeak. He dismisses the idea of being a favorite. He gives credit to his opponents. He compliments the city he's playing in. Add in a smug delivery, the wink AND his signature finger point? Come on.

Anyway, let's stop looking at Shooter as a one-dimensional movie villain, but as a human being. "Choke on that, baby!" is a cry for help.

MORE: Where is the "Happy Gilmore" Caddy Today?