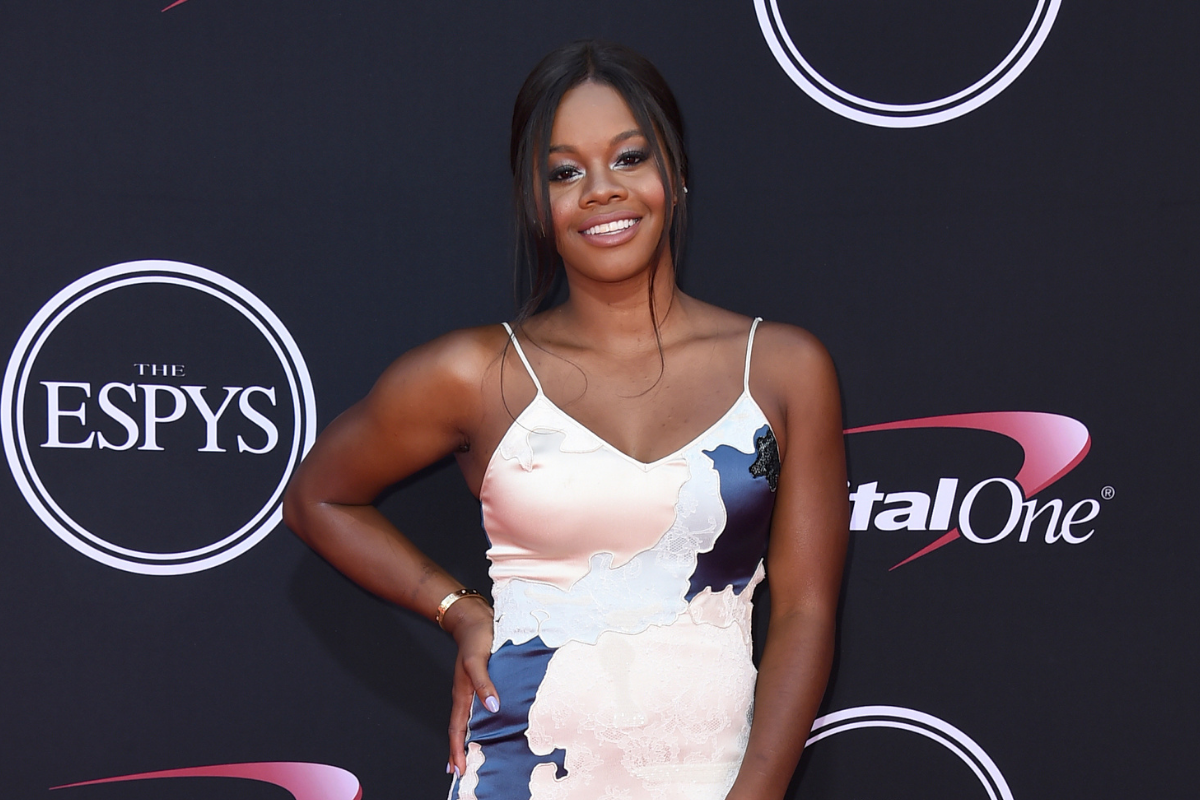 The “Fierce Five” won the hearts of America as easily as they won the gold medal.

In particular, Gabby Douglas became an Olympic legend. What has the gymnastics icon been up to since winning three gold medals?

Gabrielle Christina Victoria Douglas was born in Newport News, Virginia, to Timothy Douglas and Natalie Hawkins-Douglas. She has two sisters named Arielle and Joyelle as well as a brother named Johnathan.

Douglas’ talent was first evident in competition when she won the Level 4 all-around gymnastics title at the 2004 Virginia State Championships. She spent her early years in Virginia Beach before moving to Des Moines, Iowa, at 14 to train with legendary coach Liang Chow.

Douglas was a member of the U.S. Women’s Gymnastics Team that won gold at the 2011 City of Jesolo Trophy. She vaulted to one of the top talents in the country by accumulating the highest total all-around score at the 2012 AT&T American Cup. Although, her score didn’t count because she was an alternate. She was also a member of the gold medal-winning crew at the 2012 Pacific Rim Championships.

RELATED: What Happened to McKayla Maroney After Gymnastics?

Douglas made the Team USA gymnastics team for the 2012 London Olympics along with Wieber, Raisman, Ross and Maroney.

The “Fierce Five” rallied to win the USA’s first team gold since 1996.

Douglas left the 2012 Olympic games as one of Team USA’s biggest stars. She was named the 2012 Associated Press Female Athlete of the Year along with winning ESPYs for Best Female Athlete and Best U.S. Female Olympian.

Douglas competed in several international competitions to prepare for the 2016 Summer Olympics in Rio de Janeiro including the 2015 World Championships in Glasgow, where she took home the silver medal in the all-around.

Douglas narrowly missed qualifying for the individual all-around final to defend her title, falling short to Biles and Raisman. Biles would go on to win gold.

Douglas wrote a book about her life titled “Grace, Gold, and Glory: My Leap of Faith” in 2012. She followed it up with inspirational book “Raising the Bar” in 2013.

Douglas made her way to acting following her gymnastics career. She starred in her 2014 Lifetime biopic “The Gabby Douglas Story” in 2014. She then had a brief reality TV show centered around her family called “Douglas Family Gold” in 2016. She’s acted in the TV series “Nicky, Ricky, Dicky & Dawn,” the TV movie “Love, of Course,” the Hallmark film “Same Difference” and the Apple TV + series “Helpsters.”

Most recently, Douglas won the first season of Fox’s “The Masked Dancer” as the character Cotton Candy.

She came forward with hundreds of other women as a victim of disgraced former Team USA gymnastics doctor Larry Nassar. Douglas, along other victims, were awarded the Arthur Ashe Courage Award at the 2018 ESPYs.

Douglas, who is now 25, and her family also moved from Los Angeles to a ranch last year during the pandemic. She is the proud owner of three dogs, three llamas and a miniature cow named Midnight.

“We just love calmness and stillness,” Douglas told People in 2021. “We just wanted to have that within our own lives and in our own household. So. we just decided to move to a town where it’s very peaceful, very quiet, and very still.”

Endorsements with huge brands certainly pay well, especially because she boasts 1.5 million followers on Instagram. According to Celebrity Net Worth, Gabby Douglas is worth $4 million in 2021.

The 2020 Tokyo games are the first without Douglas in over eight years. Now retired, she has cemented herself as one of the greatest gymnasts to ever do it.

MORE: Simone Biles? NFL Boyfriend Didn?t Know Who She Was at First