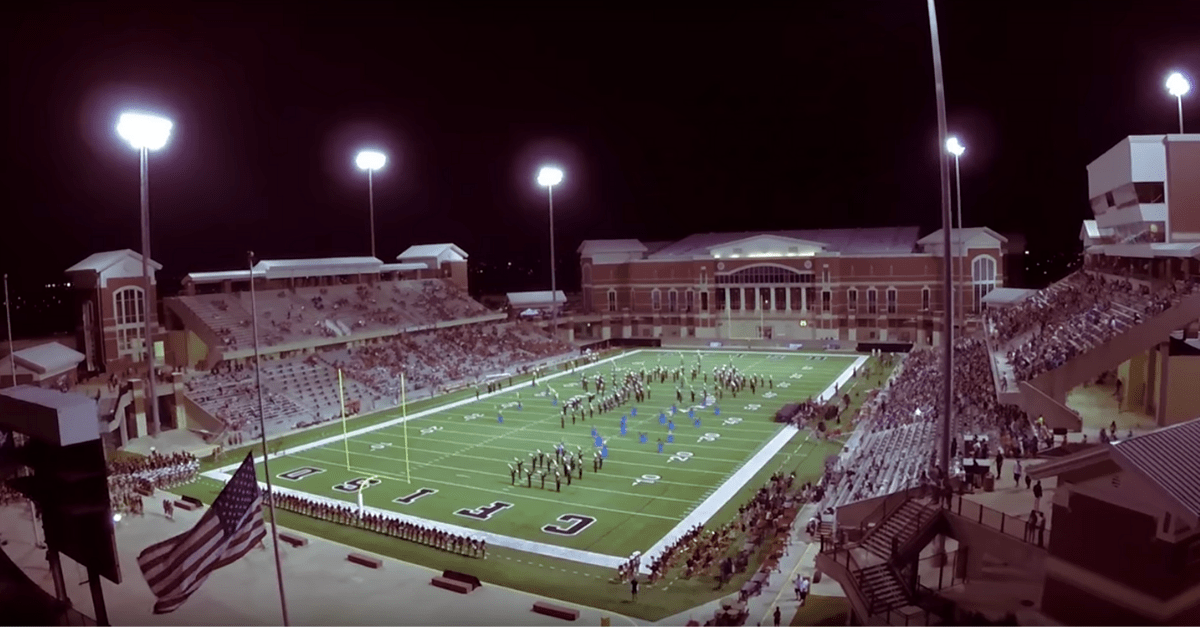 Texas high school football is unlike any other state. California powerhouses like Mater Dei carry their own reputations out West, while Florida’s IMG Academy churns out elite talent each and every year. No place, though, is the game closer to religion than in The Lone Star State.

From 11-man squads to the seven-man game, those Friday night lights shine brightest when Texas football gets underway. Thousands of Texans pack massive venues like Katy ISD’s Legacy Stadium that seats 12,000 people and cost $72 million to build. If you fly over Dallas and Houston, peak out the window and you’re sure to see huge football fields gracing campuses all over the place. None, though, measure up to the Berry Center of Northwest Houston.

The massive 65-acre complex was constructed in 2006. Today, the football stadium is known as the Cy-Fair Federal Credit Union Stadium after the bank scored a 10-year, $1.5 million deal for naming rights to the stadium, according to the Houston Chronicle.

The Berry Center of Northwest Houston

Always a fun site seeing all 10 mats going at the State Wrestling Meet. Cy-Fair ISD Berry Center is a great venue for it. pic.twitter.com/5t9ERlczPd

Since 10 different schools utilize the massive facility, scheduled football games take place at either the Berry Center or nearby Pridgeon Stadium and are spread between Thursday, Friday and Saturday scheduling.

According to MaxPreps, this is the most expensive high school football stadium in Texas, topping multi-million venues like McKinney ISD Stadium, Allen’s Eagle Stadium, and Shenandoah’s Woodforest Bank Stadium. There are college football programs out there that don’t compare to this mammoth.

This is the cream of the crop when it comes to high school pantheons in the United States, and it should be on every fan’s bucket list to visit 8877 Barker Cypress Rd, Cypress, TX 77433 and see what Texas football is all about.