LSU’s Next Star Running Back Commits to Tigers 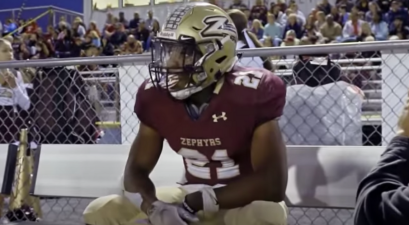 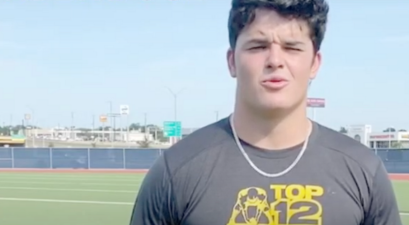 The First 6-Star Recruit in History Is… A Long Snapper No matter how great and historic the 2019 season was, the LSU Tigers and head coach Ed Orgeron have to move forward. Another game plan is needed and finding more players to keep the program in the college football spotlight is the top priority. That hasn’t appeared to be much of a problem, though.

Corey Kiner, a four-star running back from Roger Bacon High School in Cincinnati, Ohio, has committed to the Tigers. The Class of 2021 standout fielded a long list of high-profile offers, but he’s ready to take his talents to Baton Rouge and play in the SEC.

Kiner made it official at a small press conference and on social media during the coronavirus pandemic.

At 5-foot-10 and 205 pounds, Corey Kiner is already one of the best running backs to ever come out of Cincinnati. He’s racked up 6,804 all-purpose yards and 88 total touchdowns in three seasons and even had a game where he scored eight touchdowns.

"I knew what my decision was. So, why wait?"

"They've got better recruits than me. I'm trying to be one of those guys." @WAFB pic.twitter.com/aE6KVonSnd

Kiner is a stud with a bright future, and LSU running backs coach Kevin Faulk helped seal the deal.

“First, I want to thank my family & friends, the entire Roger Bacon family, & all of the colleges that have recruited me.

“Most of all, I would like to thank my parents for raising me to be the young man I am today.

“With that being said, after much thought & late nights, I am happy to announce that I will be furthering my academic & athletic career at Louisiana State University.

Corey Kiner has the potential to be the complete package at the next level and possibly beyond. He runs hard, isn’t afraid of contact, can block and catch, and has the speed to get by defenders.

Kiner is a treat to watch in high school for the Spartans, and you better believe LSU is happy to land him for the future.