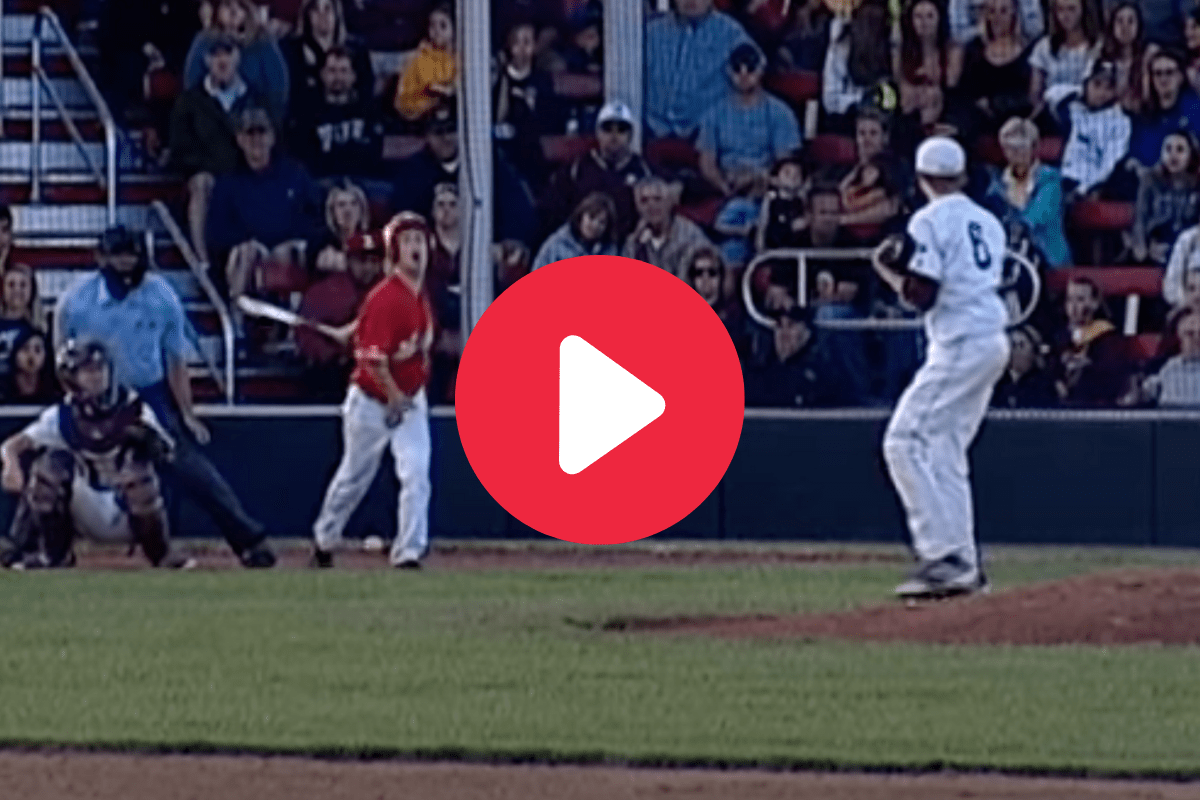 They say there’s no crying in baseball, but we may need an amendment for one Minnesota high school baseball player.

In a sport where bean balls to the head, bad hops to the face and the occasional right hook in a brawl take place, sometimes the most painful incident on the diamond is a simple shot to the crotch. When Dan O’Reilly stepped to the plate in his team’s championship game, he learned the hard way that one ball and two strikes is the most painful count.

You can’t make this stuff up.

Henry Sibley High School was up 20-1 in the fifth inning against South St. Paul in the Class 3A, Section 3 championship game. O’Reilly was just looking to drive in a run when he drove a foul ball off his family jewels.

Faced with a 1-2 count, he was protecting against a close pitch. The pitcher ran a two-seamer inside and O’Reilly nailed his own groin on the foul tip. He instantly held his crotch in pain. No, he wasn’t wearing a cup. He slammed his helmet down potentially at the idea of not having kids one day.

The opposing coach couldn’t stop giggling. The umpires, donning wide smiles themselves, came and checked on him. Dan even reached into his pants to make sure everything was still intact down there.

Then, our future comedian dabbed by home plate to let everyone in attendance know he was OK.

The real question is what happened after? O’Reilly finished the at-bat by popping up. He told the St. Paul Pioneer Press that he didn’t even make it to first base, instead opting to get ice on his package pronto.

Kudos to you, Dan O’Reilly. I’m sure he wore a cup every game after this one.

MORE: Pitcher Takes 105 MPH Comebacker to the Groin, But Still Records the Out