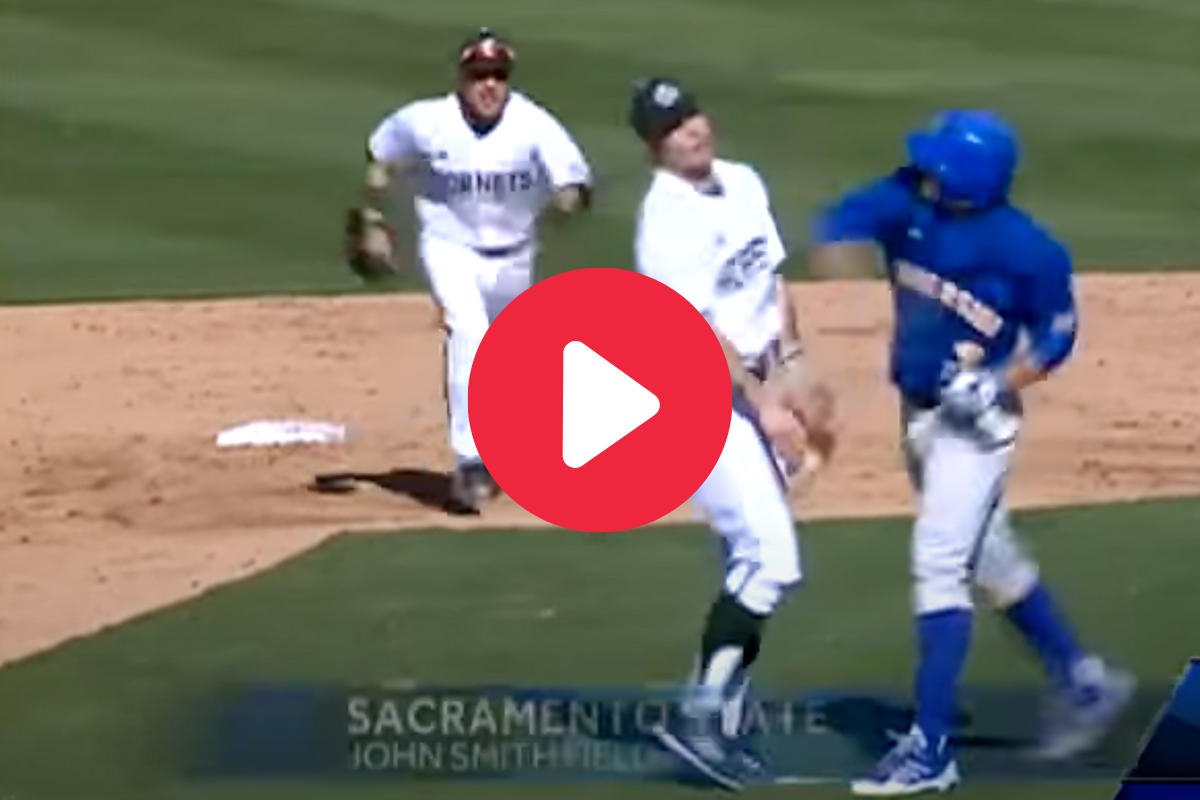 Some of the best baseball fights and brawls have featured some massive haymaker blows to the face that even Mike Tyson would be impressed by.

Nolan Ryan basically dented Robin Ventura’s face on the mound. Rougned Odor landed the punch heard around Texas on Jose Bautista. Even in the Alaskan minor leagues, a coach landed a nasty haymaker on a dude.

College baseball is no exception to this rule. When a punch is thrown and knocks a player’s glasses off, his teammate has no choice but to take him down to the ground.

That’s what happened in this bench-clearing brawl between UC Riverside and Sacramento State.

UC Riverside shortstop Eddie Young got caught in a rundown and was tagged out between second and third base in the third inning. Young then held on to the glove of Sacramento State second baseman Andrew Ayers for whatever reason.

Ayers then pushed Young and showed him the glove as if to say, “don’t touch my glove, and I just tagged your slow ass out.”

The UCR player immediately pulls his best Floyd Mayweather impression by landing a right hook on Ayers that knocked the shades clean off his face. That’s when a Sac State teammate comes in and drops Young to the ground. By then, the benches had fully cleared during the 2013 game..

“He reacted the way he should have,” Sac State Hornets head coach Reggie Christiansen said of Ayers. “I don’t think he did anything wrong, and their guy retaliated.”

“There was some serious swinging going on there,” Riverside coach Doug Smith told KCRA.

Both Ayers and Young were ejected, of course. So was UCR catcher Drake Zarate, who must have done something to warrant that during the brawl. The Sacramento Bee reported that the three players were suspended for four games.

Both teams are NCAA Division I baseball teams, which definitely makes this one of the best college baseball fights I’ve ever seen.