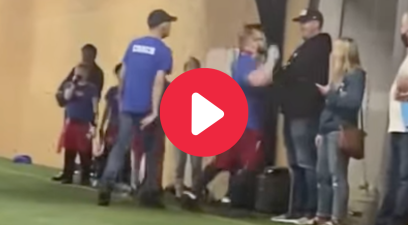 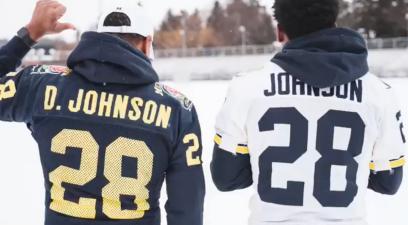 Hop aboard the train before the Texas A&M Aggies leave College Station.

Entering the 2020 season, head coach Jimbo Fisher is building a contender. In a lot ways, Fisher’s third season could mirror his time at Florida State — After signing top-10 recruiting classes in each of his first three offseasons, the Seminoles went 12-2 in year three, then claimed an undefeated BCS title the next season. Texas A&M will have an 11th-, 4th-, and 6th-ranked class on the roster for 2020, plus a three-year starter returning in quarterback Kellen Mond.

The Aggies plan to expedite that growth even faster by the 2021 season.

RELATED: What the Aggies Will Get in 5-Star WR Demond Demas

Landing four-star cornerback Deuce Harmon on May 28 gave Jimbo Fisher’s staff its fifth four-star recruit for 2021 with a lot of miles still ahead.

“First, I would like to thank the man above for these great opportunities. Thank you to all the Coaches & Schools for believing that I could be a big piece in your program! I would also like to thank my amazing parents for raising me to be the young man and athlete I am today, taking me to and from practices when I was little, and spending money on me so I could be the best. Thank you to my older brother for being the best role model anyone could ever have and showing me what being great looks like. To my Coaches & trainers thank you for the extra skill and knowledge you have given me.

Harmon was an integral part of a Denton Guyer team that went 14-2 and reached the 2019 Texas 6A-II State Championship. The 5-foot-9 defensive back logged 46 total tackles, 10 passes defended, and two interceptions his junior year, according to statistics submitted to MaxPreps. He also showcased impressive ball skills by catching five passes for 82 yards and three touchdowns, as well as returning punts and kicks for the Dallas-area Wildcats.

“It’s a big relief going into my senior season,” Harmon told 247Sports. “Just focusing on these last few months I have in high school and this last season, keeping a straight focus on that, working on getting back to state and actually bringing it home.”

He still plans to take official visits in the fall, but for now, the Texas A&M Aggies are awaiting the big-time commitment from Denton, Texas.

MORE: How Reveille Became the “First Lady of Aggieland”