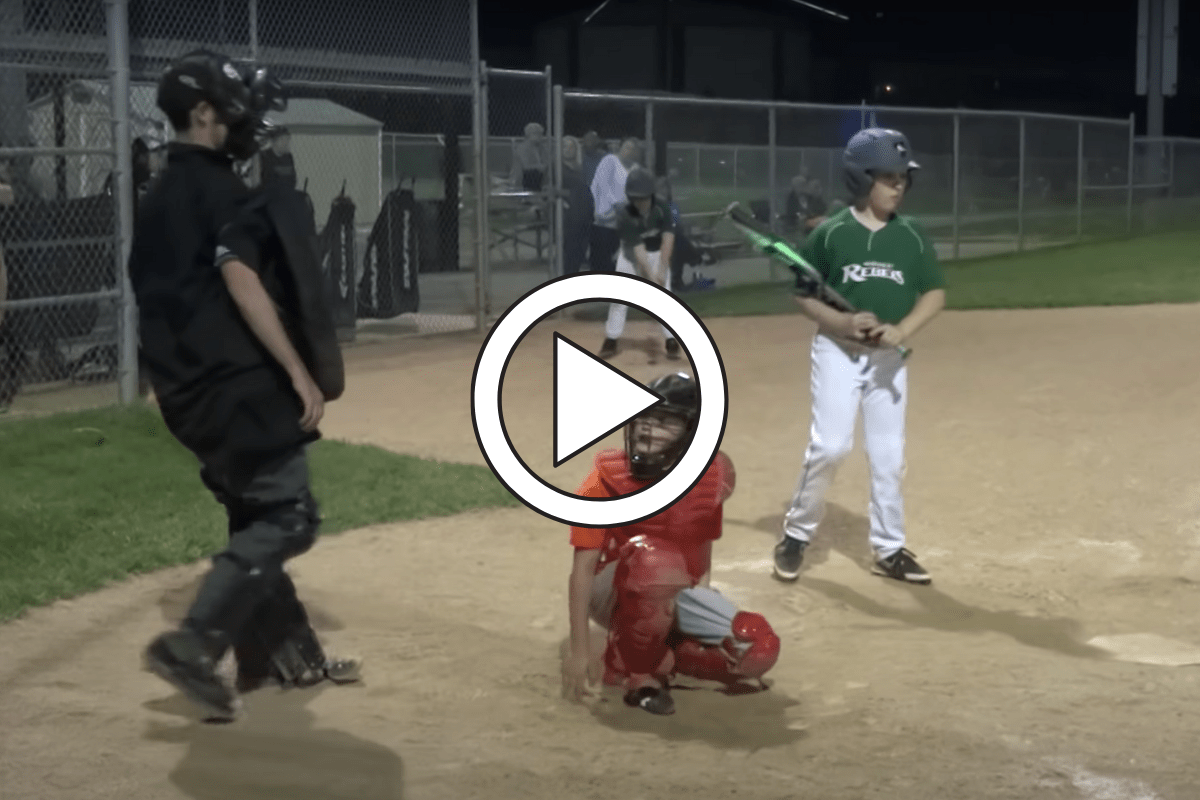 Youth sports should be about setting the right example for our children. What we don’t need is coaches telling pitchers to bean the home plate umpire or dirty softball catchers leveling baserunners for no reason. In the end, winning these games doesn’t really matter.

Baseball fans have probably heard the old insult hurled at umpires that goes like this: “What are you, blind?” Some hecklers will even go so far as to call the blue behind the plate drunk. As kids and parents found out at one youth game, one baseball umpire actually did appear drunk.

I don’t have any context for this video, but it’s pretty clear the guy behind home is more loaded than the bases in front of him.

Things are going fine after pitch No. 1, but boy does he have trouble quickly afterward. He visibly stumbles forward then practically pulls a Michael Jackson moonwalk to catch his balance. The young catcher looks back at him like, “dude, are you good?” before looking bewildered toward the parent holding the camera.

It gets worse. The drunk umpire struggles keeping his face mask and chest guard on and a parent lets out a “c’mon this is getting silly!”

I about lost my mind when the ump basically fell over on to the catcher in front of him:

That poor kid is probably hoping the batter will just ground out to the pitcher all ready. On top of that, he called the pitch a strike after a pretty lengthy delay.

Finally, this video that has racked up more than 1.6 million views on YouTube concludes but only once we’re treated to seeing his mask completely fall off his face. Uh, yeah, maybe it’s because that hat brim is in the way.

Obviously, this dude is hammered. There’s really no question about it. But why didn’t a parent or coach step in and tell the guy to go home so he’s not acting like that in front of a bunch of children? I mean, any parent out of the stands could have finished the game in his place and probably done 10 times the job.

I don’t know if the guy just pounded down a 12-pack of Bud Light or what, but there’s no reason someone that belligerently drunk should be on a field full of 12-year-olds.

Imagine if Joe West or Angel Hernandez got smashed before calling a World Series game. Then again, they might be worse sober.