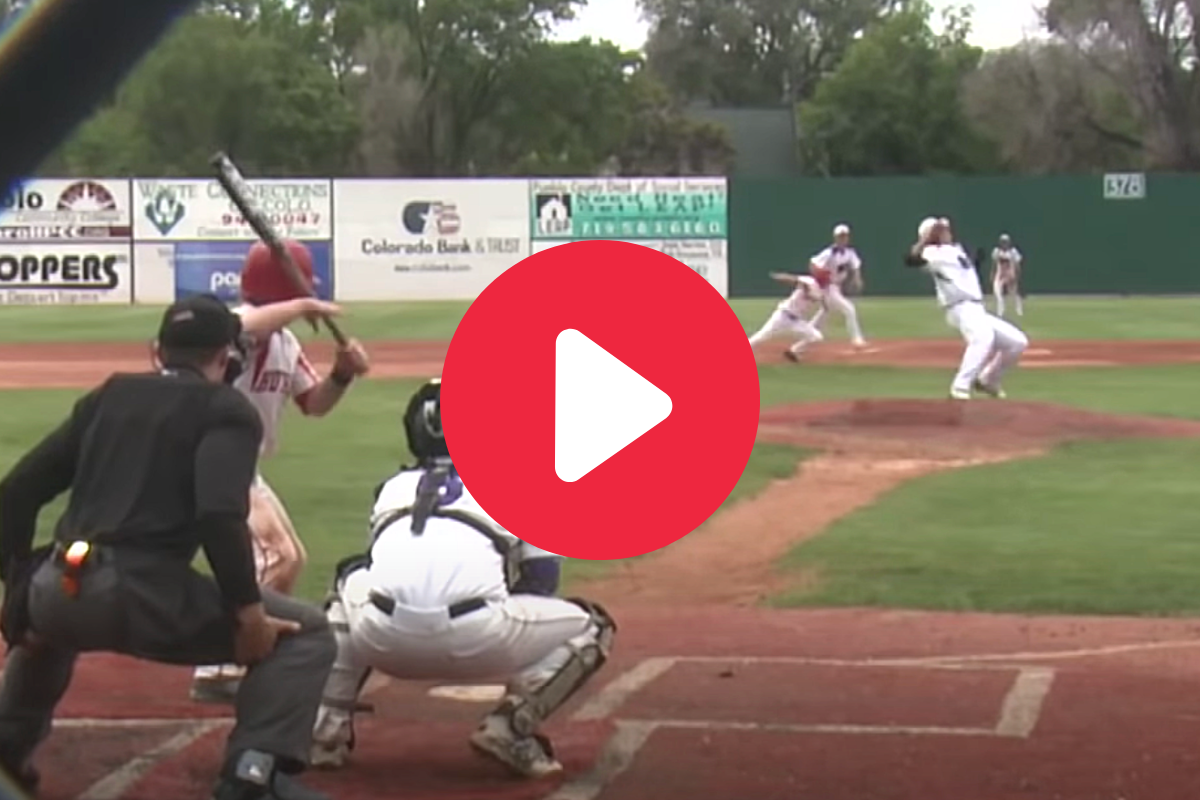 Rye High School pulled out all the stops to get past the Colorado 2A state semifinals contest.

Holding a 9-8 lead with a runner in scorer’s position, the Rye pitcher faked a throw to second while holding the ball in his glove. The second baseman pretended to miss the throw and the pitcher tracked down the runner mistakenly taking off to third.

It isn’t the first time we’ve seen this play executed, as one softball team pulled it off.

Kudos to that pitcher for selling it better than I’ve ever seen. That poor, poor runner had no idea what was coming.

Also, kudos to Rye High School for having the guts to pull this off in a playoff game.

This post was originally published on May 24, 2015 but deserves to be brought back to light.